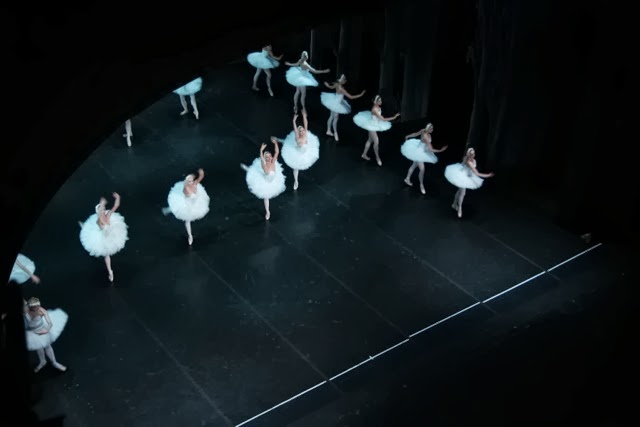 I’m taking a travel writing class here on the ship (it’s a tough life). This week our professor asked us to encapsulate Russia in the space on the back of a postcard. I add this disclaimer in case this seems a little flowery — but this is mine.

This weekend, I said Checkmate to Russia. She met me with a cold, unforgiving exterior; with unrequited smiles and the smell of spilled vodka. With air laden with paint stripper that made my eyes burn and settled on the back of my tongue, filling my mouth with bittersweet words about the country and her people.
But under the soft 2am glow of a Dumskaya street lights, her brittle skin finally broke before me and out spilled a glorious community of rebels; of pioneers, of youth who flood the streets in these golden hours to simply exist. To bask in the warmth of their collectivity, in the collective refusal to stoop heavy under the yoke of the system, the government, the feudal society that threatens to curl snake-like around their youth and crush it.

These are Dumskaya’s found souls. Jirka, a beautiful immigrant from Belarus, stands before me speaking in perfectly coiffed cockney accent that he picked up from watching British gangster films when he was a kid. His eyes wink with the orange warmth of the street lamps as he turns and smiles: “We are the first generation to become Gods.” And I believe him, I really do. 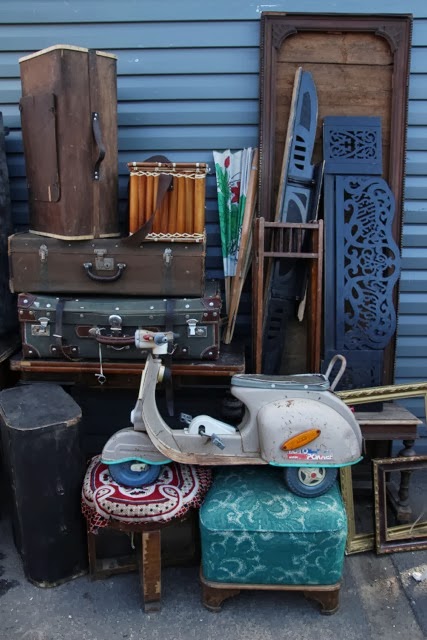 Not sure how I fit all that on a post-card, but I managed. My teacher liked it though, and read it out in front of our class. At this point my face resembled a small beetroot as I thought it sounded pompous.

Speaking of beetroot, I don’t want to eat a cubed-beetroot-raw-salmon-egg-cucumber-salad ever again. This creation from popular Russian chain Teremok sat aside such alternatives as mystery meat dumplings with smiley faces on them and sour cream laden borscht. Sadly, Russian cuisine did not provoke either my squealing or mild blasphemy, and those of you who have eaten with me know this isn’t difficult. I haven’t given up, however, as I’m sure cyrillic illiteracy might have worked against me, as it meant I often ended up with a banana pancake for dinner.

The best foodie experience of the weekend was a chance encounter with a infamous donut shop. Tucked down a little side street, it was full to the brim with suit-clad locals, who seemed to attack the task of eating their treats with the great Russian solemnity and stoic determination reserved for many other activities; dancing, conversing, petting puppies and cloud watching. Russia did indeed seem like a very serious place, and donuts were no exception. We knew this place wouldn’t disappoint when everything is slammed down on the table with a reassuring force; the kind only used by those patrons who know their grub is good, but couldn’t give a rat’s arse if you don’t agree. The coffee has the same attitude: presweetened and with milk, because frankly, gold toothed mama behind the counter couldn’t care less if you don’t take sugar in your coffee. It’s got that no-bullshit, slap-you-in-the-face kind of sweet that makes your teeth ache and you feel guilty because you shouldn’t like it, but it tastes so good. Afterwards, you may never want to return to grown up coffee ever again; maximum one sugar, cream, serious expression, back to caffeine-fueled productivity. 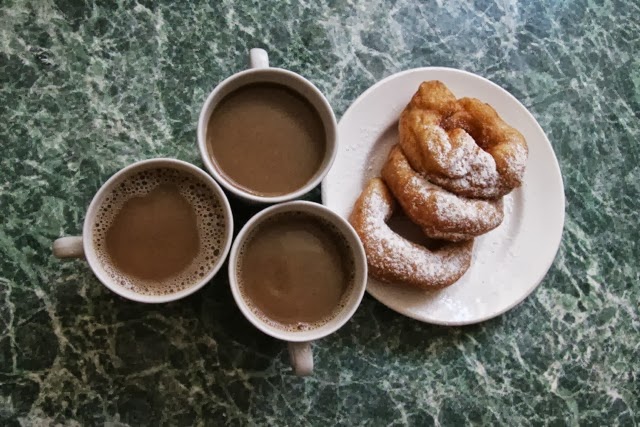 A small family kitchen bustles with the lunchtime rush, and an old tangerine haired lady chats rapid Russian to her friend while churning out these comfortingly greasy treats.
We sit around dipping them in our coffee, doodling in our journals and smiling because we’ve found a little corner of sweetness and our adventure has just begun.

Russia was a place of contrast for me. I say we checkmate’d Russia, because by the time we left, I loved her for rather than in spite of her challenges. Because after you get two shots of vodka spilled on your skirt by a surly teenage waiter who just stares at you when you expect an apology, your thimble of local poison tastes even better afterwards. And when you get shouted down by an old babushka for falling asleep in Russia’s best art museum, it is a glorious excuse to study her wizened face colored with such fierce emotion, and to practice your Russian apologies. And when your outstretched camera gets batted aside by four people in a row, the final reluctant photo captures is even harder earned. And when the two old women sitting in your seats for the ballet refuse to move, on the grounds that they are Russian, watching their sour expressions when you get moved to a better box across the theater is priceless. And when, upon leaving the theatre, you find yourself pulled into the midst of a golden, student filled street that practically pulses with energy, and you’re having mind expanding conversation with young radicals and your ears are filled with street side guitar and your mouth with lyrics in your newly acquired russian accent…well then the world shows you it’s soft side, and you are reminded again WHY you travel. In those moments, it all makes sense.