The Daily Nexus
Artsweek
Arts & Lectures Ushers Us Into Fall
September 26, 2013 at 6:24 am by Emily Hunt

That initial smell of fall that for some speaks only of pumpkin pie and joyously jumping into piles of leaves (I can’t give any specifics as to where the leaves are — perhaps Vermont?) can also have a decidedly depressing quality for others. I for one always fall victim to seasonal weariness. After all, who wants to be analyzing metaphors in modernist poetry or measuring the effects of small perturbations on quantum harmonic oscillators, when one could be shacked up in L.A., eating bagels and discovering all that Hulu has to offer (meaning, it streams almost the entire Criterion Collection! What!)?

Yet, I suppose it is a good thing that we’re back, if only to reap the benefits of another program of truly impressive events that UCSB Arts & Lectures has lined up for the Fall 2013 Season. Time to shed the sunglasses and summer tan and to soak up the cultural opportunities.

October proves to be a good A&L induction month with a broad range of events in its programming. On Oct. 3, “The Masters of Bluegrass” comes to Campbell Hall to ring in the fall in proper string-loving fashion. Still, don’t expect any flannel and lightly distressed work boot-wearing novices here: The lineup boasts the genre’s top musicians, including four Bluegrass Hall of Famers.

In a similarly musical vein, A&L has teamed with the SB Bowl to bring you a performance by the Avett Brothers on Oct. 10. The band has turned into a superstar amalgamation of folk, garage, punk and more. The group of brothers will give the SB audience an early look into their upcoming album, Magpie and the Dandelion. Heads up: specially priced student tickets are only available at the A&L Box Office; not at the Bowl.

Pulitzer Prize-winning playwright (and “Lincoln” screenwriter) Tony Kushner speaks at Campbell on Oct. 4, giving us an evening behind the scenes of his successful and politically outspoken career.

Choreographer Bill T. Jones, MacArthur “Genius” Fellow, gives a free talk on Oct. 14: college thespians and dancers rejoice! His lecture will be followed two days later by a performance of his modern work, “Play by Play,” performed by the famed Arnie Zane Dance Company on the troupe’s own 30th Anniversary.

Soon after, UCSB gets another visit from “This American Life” host Ira Glass on Oct. 19. However, Glass’ event, “One Radio Host, Two Dancers,” will this time include a duo team of modern dancers to add some slightly perplexing variety to the wordsmith’s talk.

World-music performers The Silk Road Ensemble wrap up October on a high note; go to their show on Oct. 24 and cram in one last vision of beauty before the world turns black for mid-terms.

Since most of you are on Facebook (or any other social networking site that doubles as a billboard for Buzzfeed articles), it’s likely you’ve seen the viral videos of upcoming A&L speaker Reza Aslan attempting to explain the academic study of theology to a bewildered Fox news reporter. Aslan joins UCSB on Nov. 2 to continue that discussion, discussing his New York Times Best-Seller Zealot: The Life and Times of Jesus of Nazareth.

And as November starts to cool down, the sun setting earlier and the chance of rain hanging over our heads like an… um… rain cloud, A&L gives us the equipment to stay warm and fuzzy with John Wesley Harding’s “Cabinet of Wonders.” The Nov. 13 show is a modern vaudeville of sorts, featuring musicians from Clap Your Hands Say Yeah whose melodious strumming will be punctuated comedy by co-host Eugene Mirman and others, as well as story-telling by renowned authors. What’s not to smile about?

You can also grin at the fact that, despite the nearly sold-out general public tickets to the star-studded, acoustic evening with Lyle Lovett and John Hiatt on Nov. 12, student tickets are still available. Both pioneers in Americana music, Lovett and Hiatt will riff (verbally and musically) about their two individually fascinating careers. Tickets are marked down by a whopping $50 for UCSB students, so don’t hesitate to book your night with the two of America’s most beloved singer-songwriters.

With lyrical genius that rival Ferlinghetti’s verse, Andrew Bird graces Campbell’s stage on Nov. 21 with his signature violin looping and instrumental mastery, rushing us into December on an aching, harmonious, wintry sort of ride. But don’t let Bird’s lime-lit name distract you: just two days prior, Second City and everyone’s favorite deranged news source, The Onion, team up for a live performance of some of the satire website’s best “news” headlines in “The Onion Live!”

So, sure, it’s not Hulu and bagels (maybe my vision of the perfect summer is misguided, anyway), but… it’s actually way, way better. As irksome as work might be when the sun is still shining, A&L’s stunning season certainly helps take the edge off of studies, and I suggest you take advantage of it. You’ll certainly see me somewhere in Campbell’s audience, wrinkling my eyebrow’s in confusion (and probably delight) up at Ira Glass shuffling with dancers, as well as all of the other compelling entertainment A&L has to offer. 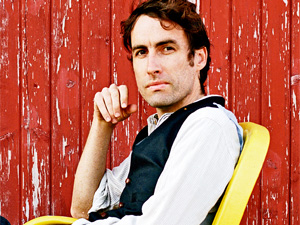 A version of this article appeared on page 12 of the September 26, 2013 print issue.
Print