The Daily Nexus
High Society
Campanile Comparison: How Does Storke Stack Up?
September 16, 2013 at 1:23 am by Erika Martin and Patrick Kulp

Overlooking the rest of the UC system, the Nexus found a disturbing lack of towers paired with bells. Only two of our campus counterparts uphold pure campanological tradition, with the other seven making paltry attempts at distinguished monuments. The more you know.

The tallest structure in Santa Barbara County, Storke Tower was built in 1969 and named in honor of local media mogul and U.S. Senator Thomas Storke, who helped fund its construction. 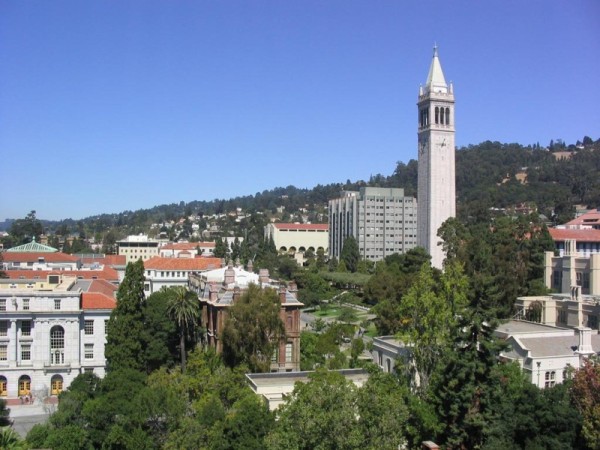 Nice try, but it’s not the size of the campanile, it’s how well you play the carillon.

UC Berkeley’s Sather Tower (1914) – A lot people would go ahead and give Berkeley the gold, as always. Sure, it single-handedly ignited the collegiate craze for carillon and, at 307 ft., ranks as the world’s third tallest campanile. But you know what else it is? Overrated. 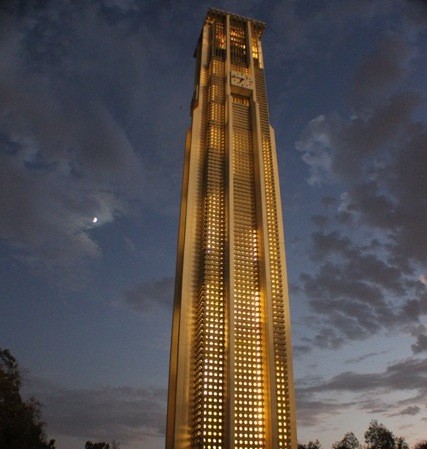 UC Riverside’s Bell Tower (1966) – Named with the same creative aplomb as Bob Dylan’s backing band, The Band. Although the edifice fares better architecturally, it still falls 15 ft. short of Storke and always tries to make up for it by flashing its 5,162 holes. But the worst part? Hearing the hours tick away in real life, then reliving it with a barrage of cyberspace transcriptions of the ‘bong’ing.
Bell Tower’s tweet at 10 a.m. on May 13. #desperate 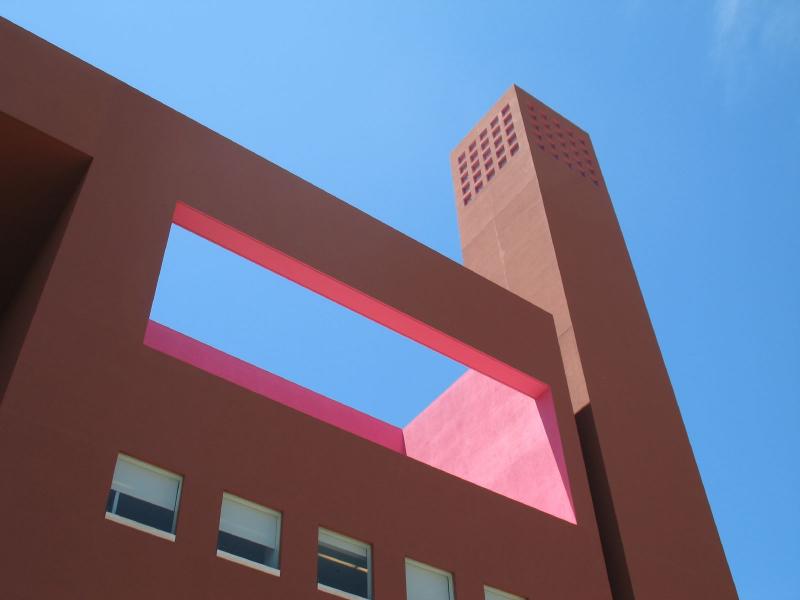 UC San Francisco’s William J. Rutter Center (2003) – Can we really be surprised that this Soviet-esque Storke knock-off is not freestanding? No. The fact this giant hard-on for Marx is located in San Francisco? Also doesn’t raise an eyebrow. Our biggest shock is that the structure didn’t inspire the UC across the Bay to bust out the red paint on Sather. UCSF, tear down that tower. 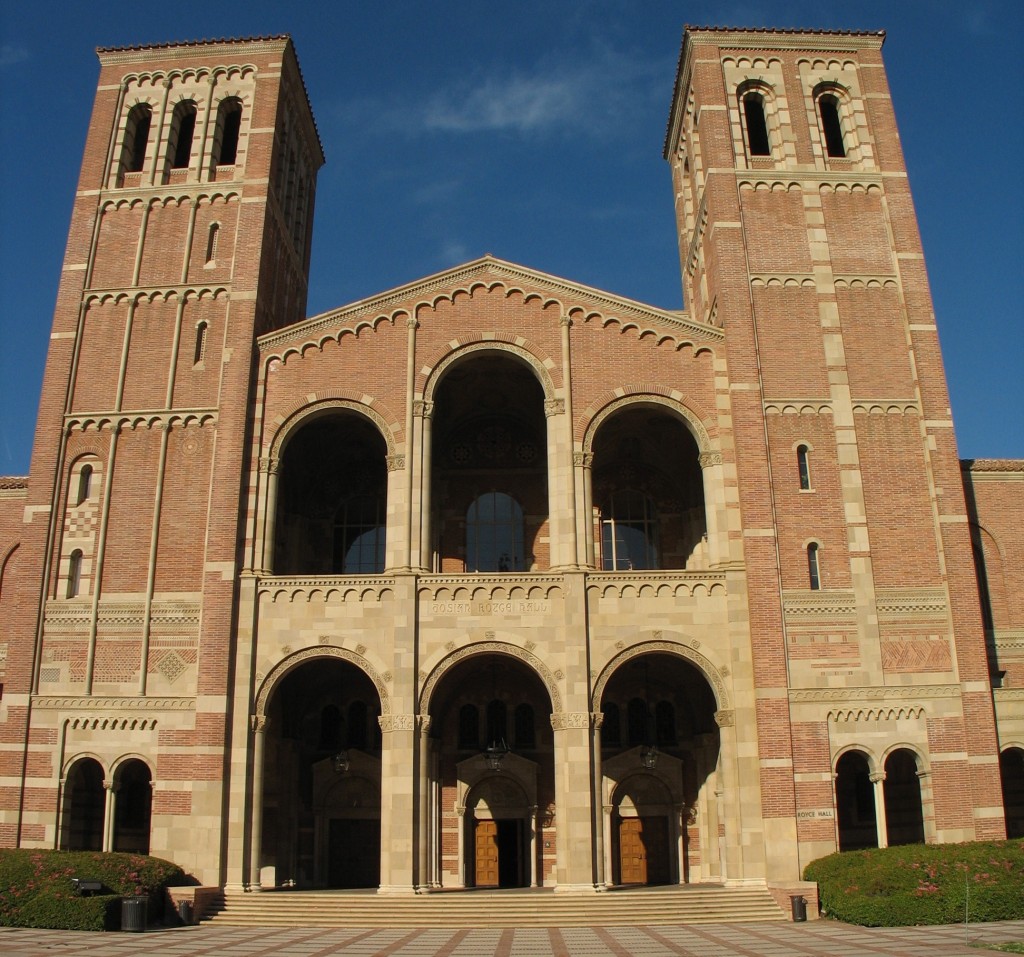 UCLA’s Royce Hall (1929) – Despite pompously calling itself a “center for the art of performance,” Royce couldn’t tell a carillon from chimes if its seismic integrity depended on it. The Bruins had the decency to compensate for their bummer bells by doubling up on towers, but apparently not the foresight to make them symmetrical. Maybe next time focus less on being a building, more on being a tower. 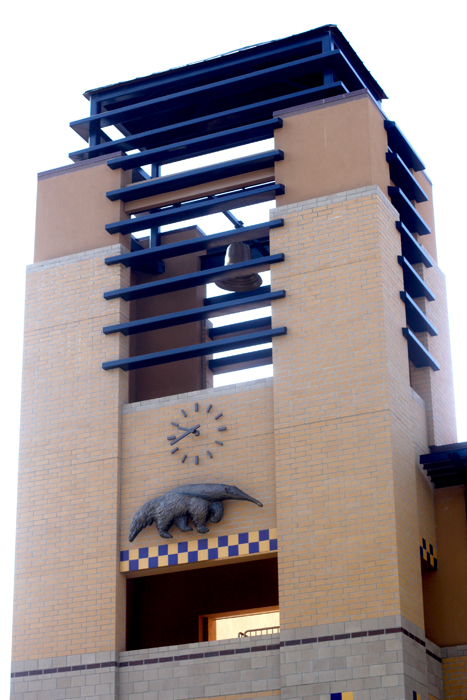 The top of every hour is amateur hour for UCI’s “carillon”.

UC Irvine’s Student Center tower (2010) – No one even gave this sad excuse of a spire a chance to be loved. Do you even carillon, Irvine? No, of course you don’t, because you’d rather make a mockery of campanology. You rig an existing anteater-emblazoned structure with some synthetic clanging, throw up a decoy bell, and expect us to take you for a bunch of carillonneurs? Pathetic. 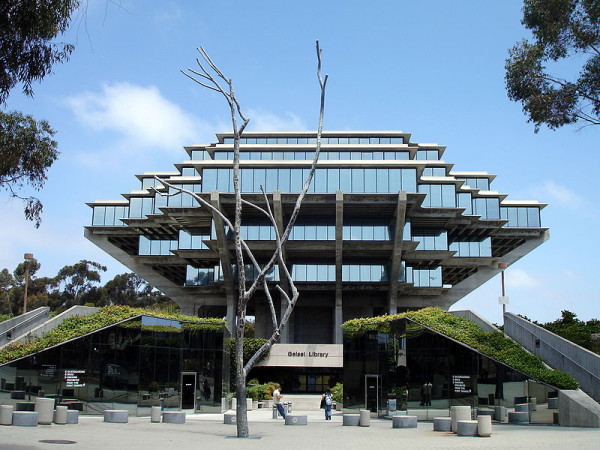 Dedicated to the Lil Wayne of children’s books.

UC San Diego’s Geisel Library (1970) – We can’t all be lucky enough to claim as ours a svelte steeple with some kick-ass bells, but your building is such a ding-dong it can’t even decide whether it’s upside-down or not. The guy our building’s named after won the Pulitzer Prize for Journalism. What’d yours do, rhyme ‘fish’ with ‘fish’? 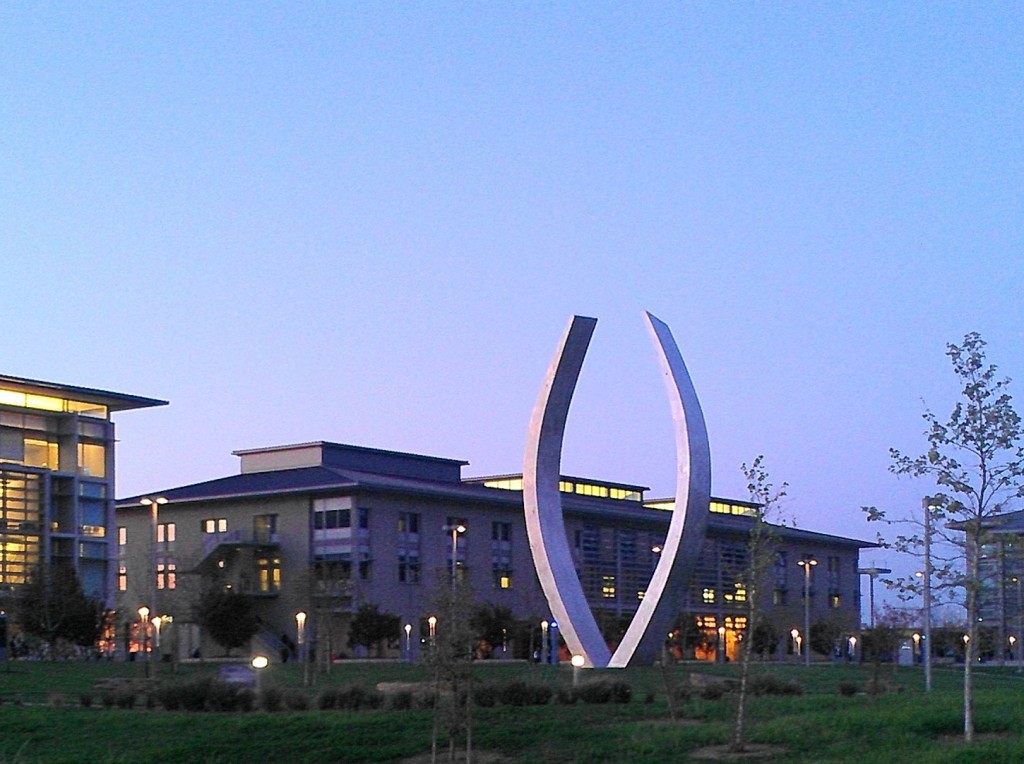 UC Merced, “Beginnings” (2009) – Wow Merced, you’ve really impressed us with your wild curves! This one just flew right over our heads. The rest of us will totally stop making fun of you now. Not. Yet again, utterly useless. No question for whom the bells toll, here. 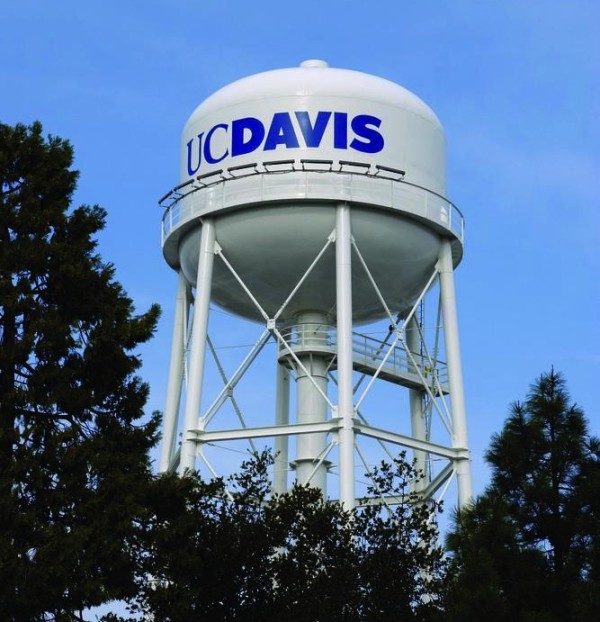 UC Davis’s water tower (1995) – Don’t let the name fool you, this obscene structure only qualifies as a ‘tower’ through technicality. It’s obvious Davis isn’t even trying — or I hope not, considering their campus’ identity is tied to an uninspired, utilitarian object already found in every American city. And it’s not like anyone tried to hide it, so I’m going to have to assume it’s something they’re proud of. Which part, Aggies: the fact that you know how to drink water or how to put it in a container? 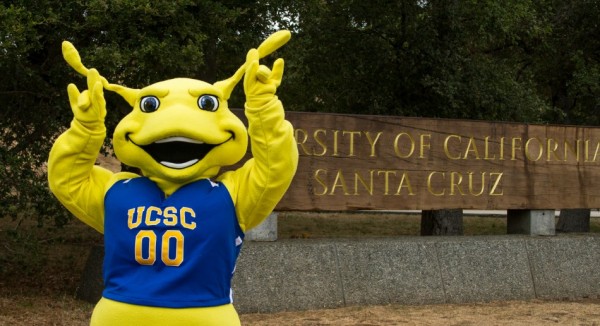 UC Santa Cruz – All they have is fucking hills. You could have been more than banana slugs but good job on not building a statue of Hitler, I guess.
Print

This article is freaking horrible and you should feel bad. Who taught you to write? Miley Cyrus on twitter?

Would you mind providing some constructive feedback? We’re trying to up our game.

Even Jesus can’t save you gaucho idiots

This is way too much; I need a moment…No one campus should have all that tower. Clock’s tickin,’ it just count the hours.

Yeah for constructive feedback I would say this article never should have been written in the first place.

“Maybe next time focus less on being a building, more on being a tower.”
“Pathetic.”
“Yet again, utterly useless.”

Not sure if this was an attempt at humor (I hope so), but this whole thing just makes no sense.

Yup, it was an attempt. Sorry, guess the hyperbole it isn’t quite as obvious as we thought.

As someone from another UC, I lol’d at the commentors taking this seriously. You could’ve taken the hyperbole further (not more insulting, but pointing out trivial details more) to make the joke transparent, or gone with a less serious subject (e.g. something students might not actually take pride in, like a campus squirrel or clock).

Actually, I take that back about the squirrels. It’s a minefield here, folks.

this is a terrible article. Fuck you

As a fellow UCI student, sorry about that guy

hahahaha someone went to their first architecture class, please tell me more about your opinions after you make me a latte.

This was a horrible article.

Good evening Erika & Patrick, it is evident that you two have received a lot of harsh criticism for your article here. Now I am not sure what you guys were going for in this article, and guessing by your reply to “Yeah”, you guys were going for humor. Now I am going to be frank with you. You guys have horrible execution in this area. I took a gander at your site, and it is beautifully made, it is such a shame to have a piece of “journalism” like this to be on here. That being said, it is… Read more »

How did these commenters (supposedly from other UCs) even get admitted? Jokes don’t get much more transparent than this.

As a UCSB student I am nothing but ashamed by this article. Hey Erika and Patrick, why don’t you have a little fucking respect for the other schools in our system? You realize we’re all basically a part of the same university, right? Most of what you said in this article is blatantly disrespectful and entirely unwarranted. What a good way to make other UC students hate Santa Barbara. Why don’t you actually take a serious look at the various UCs’ campaniles and compare and contrast them in an analytical and intelligent manner? That would have been much more interesting… Read more »

And I understand you guys were going for humor here, but you completely missed the mark. Your hyperbole is too exaggerated to be humorous, and instead comes off as cruel.

Your hyperbole is too exaggerated? Are you a fucking moron?!

Time to go to school.

Here’s the definition of hyperbole boys and girls: “exaggerated statements or claims not meant to be taken literally.”

Hey all,   Because of the huge number of comments and views on this blog post, we just wanted to address a few of the concerns mentioned.   -The post is not a news article and was not meant to attack the students or academic institutions of any of our fellow UC’s.   -Originally we set out to detail and evaluate each of the bell towers of various UC’s, but upon learning that there are only three, we broadened the scope to include the most prominent monument on each campus.   -We decided to still judge each by the same… Read more »

Wow, this was so poorly written I think I got cancer. Try harder to actually make a point next time Gauchos.

At first I was going to be upset that I was being insulted for knowing how to put water into a container, but then I realized that UCSB has nothing to bring to the table besides their “superior” architecture.

Constructive Criticism: Try putting an opinion into UCSB’s tower description instead of facts. I say this only because you put opinions into other UC architecture descriptions rather than facts. It just doesn’t flow very well.

This article is terrible. You stated a few facts for Storke tower then made several arbitrary comments on the other monuments. Why is Berkley’s tower overrated? UCSD’s library is also quite stunning; I’ve seen several copies abroad. The idea for the article was great, but the implementation was lazy and annoying. Hope you guys can up your game.

This is obviously a joke. Who else gets that?