The Daily Nexus
News
UCSB: A Party School?
August 7, 2013 at 5:00 am by Carissa Quiambao and Marissa Wenzke

Amidst controversial holidays like Deltopia or Isla Vista’s infamous Halloween celebrations, which has attracted thousands of college-aged party-goers for decades, UCSB has been ranked the Number Two ‘Party School’ in the nation by the Princeton Review.

While beachside partying and an easy going campus atmosphere may have garnered the recent ranking, the Princeton Review also awarded UCSB a spot on the list for the Top 10 Happiest Students and the campus publication the Daily Nexus was ranked in the Top 10 for Best College Newspaper. However, UCSB stands as a top public university on the list, with the Number One Party School — the University of Iowa — receiving lower ratings in the categories of “Academics” and “Selectivity” for admissions.

The Princeton Review’s Top 20 Party Schools list is compiled from an annual collection of surveys that are given to current students in colleges across the United States. Each 80-question survey was given to students within each university, with an average of 333 students at each school responding to the questionnaire.

Such a high ranking for partying would seem to indicate that drinking and substance abuse run rampant, but Jason Vego, campus liason for the UCSB Alcohol and Drug Program, said UCSB statistics for drinking and drug use are actually comparable to the national average. Vego said the small size of Isla Vista, which is less than 2 square miles wide, may actually be to blame for the reputation.

“It always comes down to close proximity and the fact that we have an equivalent amount of parties as other schools, but we all have it in one area,” Vego said. “Isla Vista might be in itself the biggest party city, but I don’t consider UCSB as the biggest party school.”

Regarding UCSB as primarily a ‘party school’ can also potentially ignore the high academic rankings it has received, according to a statement by Chancellor Henry Yang. The campus was named the Number Two research university by the Center of Science and Technology Studies Leiden Rankings, which measures the scientific research impact of universities worldwide, and is also consistently recognized as a Top 10 public university nationwide by U.S. News & World report. Yang said such rankings are a testament to the high academic caliber of the school.

With UCSB students holding an average high school GPA of 3.98 and 98 percent of students graduating in the top 10 percent of their high school class, Yang said these figures, and “the world-class caliber of our faculty” are the “true indicators of the quality of a UC Santa Barbara education.”

However, Princeton Review also gave UCSB a score of 94 on its “Quality of Life” rating, 93 for admissions “Selectivity” and 99 for the “Green” rating, which Princeton Review spokesperson Jeanne Krier said is the highest possible score for that category. Krier said that while the ‘Top 20 Party Schools’ list and similar rankings primarily measure non-academic factors, all the listed institutions are included for their high academic caliber.

“The Princeton Review has the highest regard for academics and none of these ranking lists have to do with academics,” Krier said. “We do not rank them academically because these schools are all academically outstanding. We just want to create a database that has useful info.”

According to Krier, the party school list is based on survey questions that report on the perceived popularity of activities such as alcohol consumption, marijuana use, the Greek system, hours spent partaking in these activities outside of class time and other qualitative data, which is then turned into quantitative data the Princeton Review uses for its rankings.

However, Associated Students President Jonathon Abboud said such data collection is “not very objective,” and other rankings are more valid, such as the Center of Science and Technology Studies Leiden Rankings’ use of actual numerical data rather than survey collecting.

Combating the party image can be another concern for students and administrators alike, according to Abboud, who said such a negative reputation, can actually hurt the post-graduation endeavors of UCSB students.

As a student representative for a student housing committee that discusses issues such as dorm building conditions, Abboud said UCSB administration has made efforts to take down the notorious partying reputation of the campus. He said the university has plans to expand university-owned housing in order to accommodate growing number of students, as well as to decrease the popularity of unmonitored housing in Isla Vista. So far, the university is investing $150 million into the San Joaquin housing project and another $225 million into the Mesa Verde housing project.

But are the unmonitored recreational weekend activities of Isla Vista to blame for its laid back reputation?
Vego said UCSB students strive for a balance between partying and academics, and the policing of Isla Vista Halloween has actually tightened dramatically in recent years.

However, this year’s springtime Deltopia celebrations reached in all-time high in attendance records, with about 15,000 to 18,000 flocking to Isla Vista for the massive beachside party. During, the Saturday celebrations of Deltopia, one Cal Poly student tragically fell from a cliff along Del Playa Drive, resulting in her untimely death.
Such incidents can point to a larger problem, and Vego said they are due to a large set of unfortunate circumstances, particularly Isla Vista’s location along coastal cliffs.

“Of all the deaths that have happened within the year, one was off the balcony, one was mixing substances, but the rest were cliff-related,” Vego said. “We have the biggest party street on the cliff. So it’s almost illogical, and what we would want to do is have bigger fences along all the cliffs.”

So far, A.S. representatives have teamed up with other campus groups to improve such conditions, including the construction of one fence along a Del Playa Cliffside, but Vego said there are still obstacles to building more fences, as coastal property values are threatened by these structures.

So far, administrators are building more dorms and UCSB is reaching higher and higher academic ranks. The Alcohol & Drug Program continues to host an array of non-alcohol weekend events, such as basketball and dodge ball tournaments that have drawn hundreds of students. But, UCSB is still named the Number Two Party School by the Princeton Review. 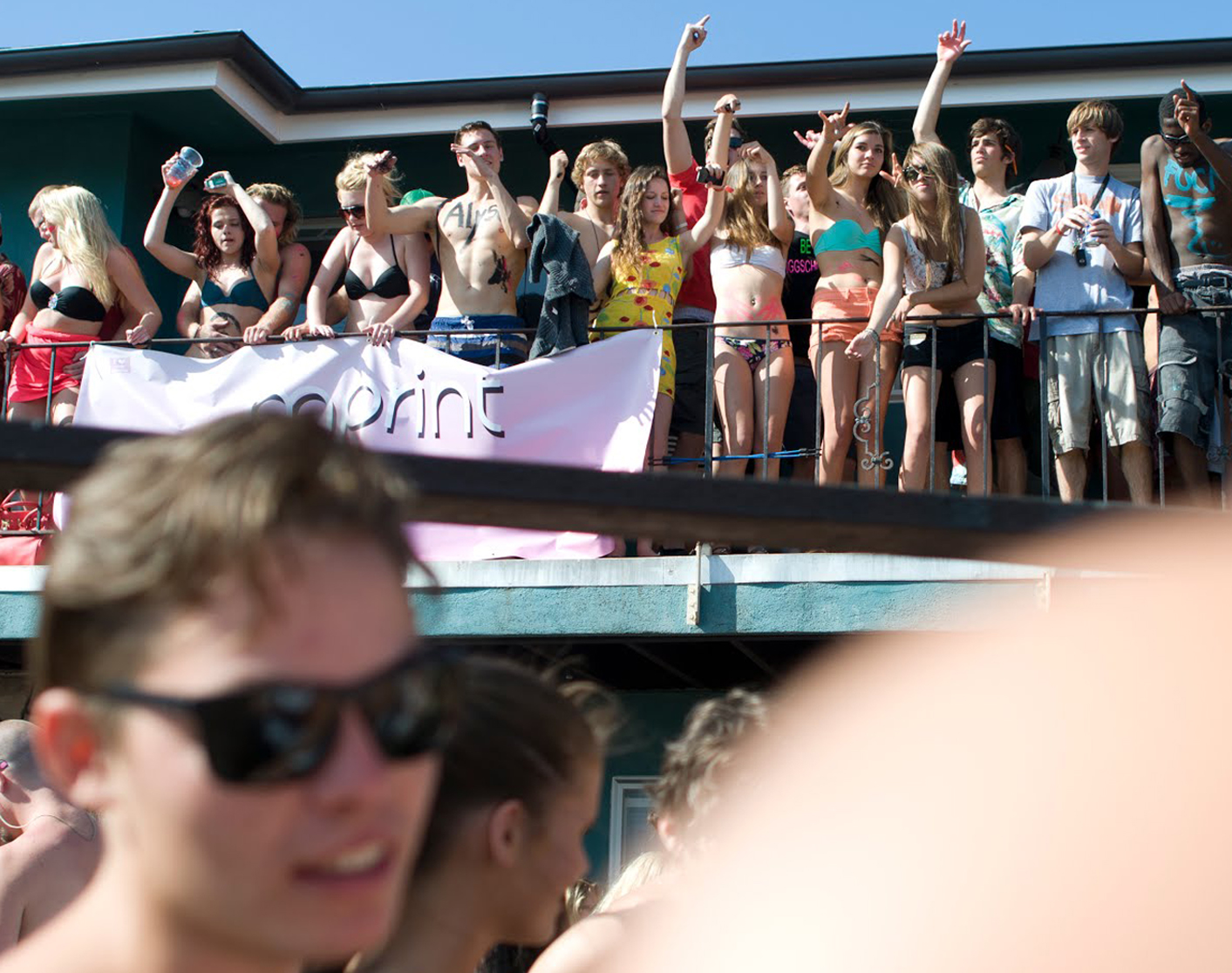 The Princeton Review’s annual survey recognized University of California, Santa Barbara as the second biggest party school of 2013. There are mixed responses to this news, both from students and staff.