The Daily Nexus
Opinion
Some Things are Better Left in the Bedroom
August 7, 2013 at 5:15 am by Hayley E. 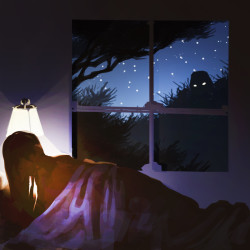 A new app called Lulu allows women to anonymously rate and investigate any male friend or partner with nothing but a few clicks; potentially building or destroying a man’s reputation from behind a keyboard (www.onlulu.com). This website is available only to women, as it requires information from your Facebook to verify your sex, thus prohibiting the participation of men. Now, I fully understand why an app like this was created: Some girl probably got cheated on and said something along the lines of, “My fragile womanly heart has burst asunder! If only other women knew the scheming cruel ways of Bobby Whatshisface!” Were these the good old days, she would’ve drenched his possessions in gasoline, lined them up in the yard to spell “ballface” or “douchenozzle,” and then lit them up like the Fourth of July. But nowadays, such a simple act of rebellion does not seem to go far enough in sending a message to the world.

We live in an age where everything we do is permanently stored on the internet. That dorky MySpace profile picture where you had braces and wore your pants too high? It’s up there. That video where you tried to do a sexy dance and instead ended up totally eating it? It’s somewhere in the bowels of the web … or, if you’re really unlucky, on the front page of YouTube. And your romantic endeavors, gross habits and/or traits you’d hoped would never leave the bedroom? Yep. If you’re a man, these, too, are readily available to the public eye thanks to Lulu. Guys, be afraid … be very afraid.

The entire purpose of this app is to reveal a guy’s ranking — on a scale from one to ten, based on an average provided by your female friends, crushes, hook-ups and ex’s — to ladies of the world. It also has hashtags to summarize you into the basest form. #Experienced, #RespectfulToWomen or #StrongJaw are some of the positive traits you might have. While #NapoleonComplex, #LoserFriends and #BoringInBed might be some of your more negative ones. And if you have a Facebook, you are on Lulu. There’s no escape. My DAD is on Lulu. Luckily, my breakfast will stay safely in my stomach as he hasn’t been rated (though you’ll always get a 10 in my books, Pops).

Now imagine you’re me, and you’re venturing on to the website for the first time. Immediately you see profiles for your little brother, your boyfriend and all your closest friends. You read them, curious. And you want to blow chunks. A.) I don’t need to know my little brother is a #SexPanther. B.) I don’t want to read about how my boyfriend is #KinkyInAllTheRightWays. Of course he’s kinky and scrumptious, but I don’t need to hear it from anonymous chicks on the internet.

It was filthy the way that everyone was rated as a number, and how everything about them was sorted into simple hashtags. I don’t love them for their number and I don’t see them for just their hashtags … but Lulu does. And if my little brother falls for a girl in the future and she decides to look him up on Lulu before their date, she’s going to spend the whole time thinking about his hashtags, judgments fully formed before so much as talking to him. She’ll look specifically for those attributes and faults, and when he does something that matches his description, she’ll feel like everything on the page has been validated.

Gauchos, you’re a smart bunch; naturally, you know that each relationship is different. What my boyfriend was to one girl is not what he is to me. He may even change because of me — his habits, his interests, his ideas. Sure, I’ve been burned before, and although I wanted to egg this dude’s house and write something scathing on Lulu (he had no ratings yet, but ohhhhhh…), I didn’t. I didn’t because it really hurt me to see how strangers talk about the people I love on that site. The people who may one day love him don’t deserve a punch in the gut from me, and if I can prevent doing that, I will. Think about it: if you were interested in someone, even if there was real potential for something great, someone else’s spiteful review could fill you with doubt and insecurity that is not your own.

Ladies, you’re not protecting other women. You’re venting. Maybe you didn’t get closure. Or maybe you still want to express things to this guy but can’t find the courage. So instead, you passive-aggressively give them a number, diminish their whole lives into a few hashtags and smile to yourself knowing that his romantic prospects will forever be able to read your biased notes.

But even if this guy just dropped an emotional deuce on you and you feel like you’re doing the female population some sort of justice, I have news for you: You are being a bully. You are no better than they are and you’re not just hurting them, but those who care about them. Would you want to be the cyber-equivalent of a kid shoving another kid’s face in mashed potatoes? Of course not, yet this is worse because it will stay with them forever, just like your embarrassing MySpace picture. And you’re not even teaching them a lesson for having hurt you — you’re doing it all anonymously. How are they supposed to know what their punishment is for if they can’t even know your name? Just try to put yourself in their place for a moment. People you trust, people who were your lovers or “friends” (and by the way, I sort of understand the pissy ex’s, but if you are ranking a friend you are toe scum; friends don’t do that) are exposing you to the world through nothing more than a number and list of pros and cons.

If action isn’t taken against Lulu, it’s only a matter of time before there is a male equivalent. Right now it exists by word of mouth in places like locker rooms, bars and dorms, where towels are rat-tailed and there’s talk of “tapping that.” But soon they could be detailing your nastiest girl habits and that weird thing you did in bed (even if it was just that once) for the whole guy-world to see.

We’re in college. This is our time to run free and naked and sow our eggs like it’s Easter Sunday. Do you really want any guy out there to be able to look you up and find out you #LikeItInTheButt? They’d have your cup size, how many dates it takes you to put out and whether or not you get attached. And not to generalize, but I imagine men would be inclined to be a tad more explicit with their posts on your page. Also, I imagine brushing these things off would be more complicated than just giving a little giggle or the standard “oh my god, guys are so stupid” shrug.

So kids, obey the golden rule — “do unto others as you would have them do unto you” — and avoid the urge to go on Lulu. Even if it seems more convenient to have all the answers readily available to you, be an adult and formulate your own opinions on the people you meet. Party on, Gauchos, and happy (undocumented) humping!

A version of this article appeared on page 6 of the August 8, 2013 print edition of the Nexus.