UCSB researchers have recently contributed to new published research regarding the importance of parasites in ecological food-webs.

A study entitled “Parasites Affect Food Web Structure Primarily through Increased Diversity and Complexity,” which looks at the ecological role of parasitic creatures in food webs, was compiled by professors, researchers and graduate students in the Department of Ecology, Evolution and Marine Biology and the Marine Science Institute.

According to Kevin Lafferty, adjunct faculty at UCSB and ecologist with the U.S. Geological Survey, the paper brings different species of parasites to the public’s attention, highlights the need to have parasites included in the ecological food web and acknowledges the significant contributions these creatures make to many ecosystems.

Lafferty said parasites function as important consumers and can often modify predator-prey interactions on the species they host upon.

“Parasitism is, arguably, the most common lifestyle on earth,” Lafferty said. “The idea of a food web is to capture complexity. Some parasites are a big problem, and knowing how they fit into food webs can help us learn better ways to avoid or control them.”

As an example, Lafferty points to ongoing research on controlling the persistence of human schistosomiasis — a chronic illness also called ‘snail fever’ that damages internal organs and can hurt development in children — in Senegal, Africa.

According to his team’s hypothesis, human damming has modified the Senegal River food web, thus eliminating predatory prawns and allowing their snail prey to thrive. These snails host worms that are parasitic to humans and cause the spread of schistosomiasis. Therefore, restoration of this food web could lead to less spread of the disease, according to the hypothesis.

The study highlights the complexity that parasites add to a food web and examines how these interactions are similar to the feeding cycles of free-living species. For example, a fish tapeworm and a fish-consuming bird have similar roles as consumers in an ecological network.

The role of parasites in the overarching food web is significant due to their interactions with all the different players in the web, amongst other factors, Lafferty said.

McLaughlin said an ecosystem’s food web and structure changes dramatically with the presence of parasites since these creatures comprise roughly 50 percent of the ecosystem.

“If you’re going to create a food web and forget parasites, you’re losing about half of the species that are out there,” McLaughlin said. “Parasites are involved in the majority of the interactions in a system. If you’re trying to build an ecological map but you leave out parasites, the accuracy of that map is greatly reduced.”

According to McLaughlin, the success of the research has provided the field of science with a fresh perspective, while also touching on ecological issues that have been overlooked.

“Food web research has been a hot topic for a long time,” McLaughlin said. “But, it became increasingly apparent recently that we were forgetting parasites, even from our own understanding of food web dynamics.” 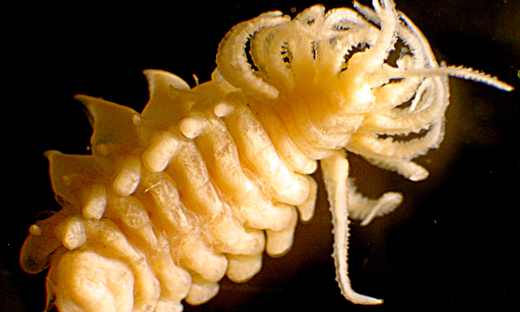 Schistosomiasis, also known as Snail Fever, is caused by a parasite that damages internal organs and can cause developmental damage in children. The study focuses on the parasite’s prevelance in Senegal, Africa.

A version of this article appeared on page 1 of the June 26th, 2013’s print edition of the Nexus