Alec Jacob Torchon, also known as “AJ” by his friends and family, was enrolled for his second year at UCSB, as a biopsychology major, before his life was tragically cut short by an accidental drug overdose.

Torchon, who worked at the UCSB Recreation Center, was known by many of his friends and family to be outgoing and friendly; as coworker Danielle Rodriguez said of him, “AJ always had a great attitude and he made the most mundane tasks a 100 times more fun.”

Ric Torchon, father of the late Torchon, also described his son as easy-going and generally happy during his time at UCSB.

“AJ had a passion for many things during his all-too-brief life — a love for his family, his friends, his music and so much more,” said Torchon. “There was no doubt that AJ was the happiest he may have ever been.”

But in December 2012, Torchon consumed a prescription painkiller called Opana, along with a small quantity of alcohol. At that time, his blood alcohol level was at a .05 — well below the legal driving limit. While many of Torchon’s friends and acquaintances claim they do not know where he obtained the Opana or what time he consumed the pill, what is known is that the combination of alcohol and Opana caused his body to go into respiratory arrest, causing him to stop breathing.

The next morning, Ric and Jeannette Torchon woke up to a knock at the door of their San Francisco home, when police officials informed the couple of their 19-year-old son’s death.

“No words can express the heart-felt pain we all share,” Ric Torchon said.

Similar to painkillers like Vicodin and Oxycontin, Opana is an opioid — a sedative prescribed to reduce the perception of pain — according to Dr. Edwin Feliciano, psychiatrist and director of UCSB Behavioral Health Services at Student Health. However, Feliciano said the drug is oftentimes “illegally used” to cause euphoria, releasing endorphins into one’s body and giving a dramatic sense of wellbeing.

But Opana is actually of a higher potency than Vicoden or Oxycontin, and when it is mixed with another substance such as alcohol, it can be even more harmful, and even fatal, to the human body.

“When you drink alcohol or take another drug with Opana, it attacks parts of the brain that are trying to counteract the effects of the other compound,” said Feliciano.

It is hard to tell what outcome will result from combining prescription medication with alcohol, and it is unknown how much of the prescription drug will cause a person’s body to undergo respiratory arrest, Feliciano said. For Torchon, it only took what is believed to be one painkiller and a small quantity of alcohol, as his blood alcohol level was under the legal driving limit upon arrival at the hospital.

National Opioid and Alcohol Use

Deaths due to the mixture of painkillers and alcohol occur daily throughout the United States, as the Center for Disease Control and Prevention reports that 16,651 deaths were attributed to the use of prescription painkillers in 2010, with many such deaths involving the use of alcohol. According to the CDC, drug overdoses have been rapidly increasing since 1990, and there will likely be more deaths in 2013 due to prescription painkillers than there were in 2010. Furthermore, a study by the American Journal of Drug and Alcohol Abuse indicated that 59 percent of students who reported using opioids also said they drank alcohol on the same day.

If mixing drugs may be relatively common nationwide, it certainly has some prevalence in the two-mile by two-mile college town of Isla Vista. Alcohol is reportedly used by 80 percent of UCSB students, according to the UCSB Alcohol and Drug Program, making it very probable that students who use prescription painkillers non-medically may easily be drinking alcohol on the same day.

“They do not have the mindset that they want to mix these substances,” Kassan said. “They just take them earlier in the day and end up drinking spontaneously at night, or they take them before bed on a night of drinking so they can easily pass out.”

University officials offered a number of reasons regarding why students may mix alcohol and other drugs.

“Some of it has to do with the nature of anxiety, stress, and underlying pressures that have a big effect on students,” Jackie Kurta, director of the UCSB Alcohol and Drug Program, said.

“Financial pressures, uncertainty of job security, and family dynamics” are all circumstances that may cause one to “seek relief psychologically and emotionally,” according to Kurta.

Beyond mental health-related reasons, some students may use recreationally use prescription drugs just to experience the euphoric effects or experiment with a new drug. A study in the Journal of American College Health stated that 49 percent of students said they took opioids because it made them feel good, while 32 percent of these students said they took an opiod “just to try it.”

Kassan said that everyone he knows in Isla Vista who uses or sells prescription painkillers did not get them prescribed by UCSB Student Health, and he said many of individuals get their drugs prescribed by doctors “back home.” He also said some individuals, who are prescribed such drugs for legitimate medical reasons, may just sell leftover medication for others to use “for non-medical purposes.”

This external inflow of prescription drugs, according to Kurta, may be due to the potential market that exists in the large population of local college students.

“I believe that our students get the prescriptions from outside of Isla Vista. Then, they bring the drugs into Isla Vista because it’s a lucrative place to sell drugs.”

There is also an increasing prevalence of such prescription medications, as students use and gain a tolerance for these drugs, thus creating a rising demand for more potent drugs.

Friends, co-workers and family members of Torchon are still mourning over the tragic and untimely loss of his life. The UCSB student’s father said he hopes others will learn from his son’s passing.

“Please help make AJ’s death less wasteful than it already is by warning your friends and family that if they ever see someone at a party drinking and about to put another drug into their body, to stop them and tell that person, ‘I know a wonderful young man named AJ that did what you are about to do and he never woke up, never lived the rest of his life, and his family and friends will always miss him.’ ” 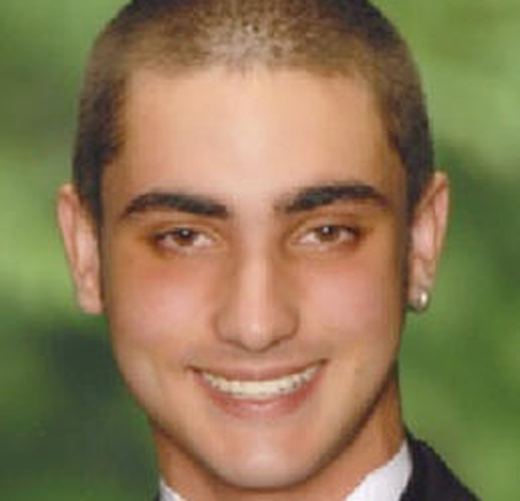 A version of this article appeared on page 3 of the June 26th, 2013’s print edition of the Nexus

Nice article Jason, thank you for remembering Alec. I would have been happy to provide you a little more detail and can next time we talk. Opana is not the standard pain killer prescribed when you are recovering from orthopaedic surgery, getting your wisdom teeth removed, etc. It is not even a standard painkiller given to chronic pain management patients. Opana (OxyMorphone)is given to cancer patients, hospice patients (terminal illnesses) and stays in the bloodstream for up to 13 hours, about twice as long as OxyContin. While we believe we know where he got it, we are more concerned with… Read more »

no apologies necessary. did the same thing not too long ago. Thank you for your kind thoughts.