In an age where pornography is just a few clicks away, shampoo commercials are practically orgasmic and private areas can be bejeweled, one might consider the concept of “chastity” to be a thing of the past. Yet in our society, women are still expected to remain chaste. But to be clear, it’s just women; men are generally raised to view their virginity as a burden, giving them reason to explore and act upon their sexuality.

For many women, religion serves as the primary force keeping them from having sex. Some ultimately decide that God will not hate them for having premarital sex. However, Jenny, a third year (all names have been changed), was raised Mormon, so the influence of religion was much stronger. “[In my religion,] sexual immorality is second to murder,” she said. “I had to keep it a secret from my friends and family.” Her guilt didn’t come from her deflowering, but instead from the fear of disappointing others.

Others said that factors aside from the physical act of having sex were what later led to regret. “I felt a bit like chewed bubblegum afterwards,” Marisa, a third year, said. “Not because I wasn’t ready or I didn’t do it right, but because I didn’t match that pure idea of myself that my parents and church gave me.”

Jenny expressed a sentiment that many others agreed with: “I felt I built it up a lot more than I should have,” she said. “It wasn’t as big of a deal as I thought.”

That’s not to say virginity isn’t important: Losing it in a special manner can establish healthy habits for your future love life. But as Claire, a second year, stated, “If you want to make it a big deal in your life, go for it. But don’t assume that’s the case for other people and don’t judge them for what they’ve done and their feelings towards virginity.”

When it comes to women who are still virgins, the perceived stereotypes can be equally frustrating. “Either you’re religious or some sort of square,” Julie said.

“It defeats your connections most of the time. [People think that] if we can’t have sex, we can’t have a relationship,” Claire said.

Many virgins agreed that upon meeting the right person, they would be ready to lose it, which brings up another point: Why is “losing” your virginity the accepted terminology? Losing has a negative connotation, implying that upon sharing the act with someone, you are left without something valued and important; you are less than you were. Women are constantly told that their virginity is a gift, yet feel that they can’t pursue their sexual desires until they “lose it” appropriately. Yet even after they do, they are constantly burdened by the idea of “their number,” Julie said. If it exceeds a certain range, it’s a point of embarrassment; if it’s comparable to that of a man, it’s shameful.

The shame goes to a whole new level in foreign countries like Turkey, where virginity is a representation of the family’s honor as well as of the idea that the woman’s body belongs to her husband. According to Human Rights Watch, Turkish women are subjected to virginity examinations prior to marriage, and though technically allowed to refuse, they are pressured by both their family and the police to consent. If the hymen is broken, the woman is deemed a non-virgin, unfit to marry and is often subjected to ridicule and abuse by her family and community. It doesn’t matter if the hymen was broken by doing the splits or taking a horseback ride; if it’s broken, you’re shamed.

According to Solomon Rothmon, a writer at Yahoo! Voices, proof of being unchaste is also a valid reason for a woman to be permanently expelled from the formal education system. In the face of this immense pressure, many women commit suicide prior to their examination in hopes of saving face.

The extremist views continue to shock … Human Rights Watch also reports that if a Turkish man sexually assaults a woman, he can get out of the charges if he marries his victim. Oftentimes this is something families will push for to avoid humiliation, leaving their daughter, sister or niece to live out their lives with someone who violated them.

Even in America, where such laws would be considered a heinous affront to our liberties, the perceptions Americans hold can still be just as damaging.

“I think it’s really dangerous for women’s self-esteem and self-worth and for how they feel about themselves generally,” Jenny said. “It’s sad that sexual acts or lack of them can be harmful to your emotional state … People get so confused by an identity that doesn’t matter. It’s no one’s business and if people choose to judge virgins or non-virgins harshly based on their gender, then fuck you!”

Seeing the stark differences among cultures highlights the idea that virginity is a social concept. But is that concept still relevant? America is asking women to fulfill contrasting ideas: “be the virgin” and “be the sexpert.”

It is disturbing that someone’s identity can depend so heavily on something that eventually happens to everyone. It’s unfair that women are the only ones shouldering this burden. We need to accept that the ideas that held up before do not necessarily hold up today. Virginity is a social construct, and an outdated one at that. 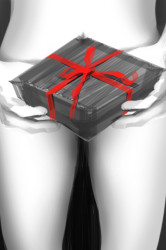