The Daily Nexus
News
Program Board Releases Extravaganza Lineup
May 9, 2013 at 2:23 am by Staff Report 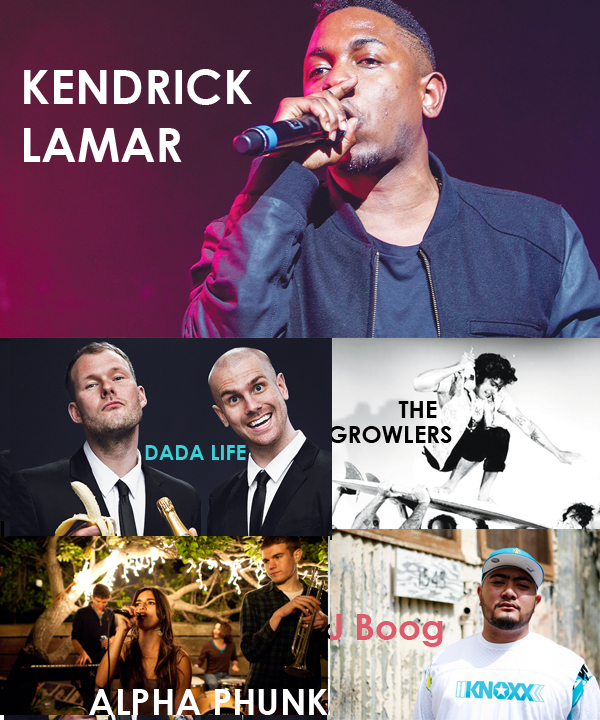 After months of anticipation, A.S. Program Board announced last night that Kendrick Lamar, Dada Life, J Boog, The Growlers and Alpha Phunk will comprise the lineup for this spring’s Extravaganza music festival.
The annual spring festival will showcase a number of musical genres with rock from The Growlers, R&B from Alpha Phunk, hip-hop from Kendrick Lamar and reggae from J Boog. Dada Life, a musical duo from Sweden, will bring an electro house influence into the mix. The lineup was released via a Youtube video posted to ASPB’s Facebook page at midnight.
Zoe Poff-Turjacanin, A.S. Program Board Special Events Coordinator, said the decision to feature Kendrick Lamar as the headliner was not reached without substantial deliberation.
“It was debated definitely,” Poff-Turjacanin said. “Year-round, we do wish lists, things like that. Kendrick was just a name that just kept coming up.”
Extravaganza is a free music festival open exclusively to UCSB students. While the news of last year’s headliner — Snoop Dog — was leaked before an official announcement, the lineup is traditionally kept a secret. The excitement following the release of 2013’s lineup last night caused the ASPB website to crash.
According to Poff-Turjacanin, the secrecy is a result of being mindful of artists’ contracts, as well as a matter of style.
“We just like to keep it a secret,” Poff-Turjacanin said.
Extravaganza will kick off on May 19 at 1 p.m. in Harder Stadium. Students will be required to provide a valid UCSB Access Card for admission to the free event.

A version of this article appeared on page 3 of the May 9th, 2013’s print edition of the Nexus