The Daily Nexus
News
Assistant Professor To Discuss Highly Controversial Act
May 8, 2013 at 5:00 am by Daily Nexus Staff

UCSB history and environmental studies assistant professor Peter Alagona will give a free lecture on the Endangered Species Act today at 4 p.m. in the HSSB McCune Conference Room.

Alagona’s lecture, entitled “Forty Years of Endangered Species: Conflict and Conservation in California and Beyond,” will address the controversy surrounding the Endangered Species Act, which was implemented in 1973. Alagona will discuss the historical context as well as the role of conservation efforts in the 21st century.

Alagona is the recipient of the 2013 Harold J. Plous Memorial Award, given annually to assistant professors who have excelled in research, teaching and general contribution to the university, according to a press release. His previous achievements include a Beagle Environmental Fellowship in the Center for the Environment and Kennedy School for Government at Harvard University. 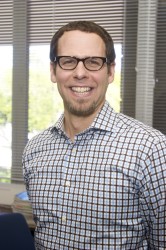 A version of this article appeared on page 4 of the May 8th, 2013’s print edition of the Nexus