The Daily Nexus
Recipes
Spice up your breakfast rotation with shakshuka!
November 10, 2022 at 1:02 pm by Abigail Monti 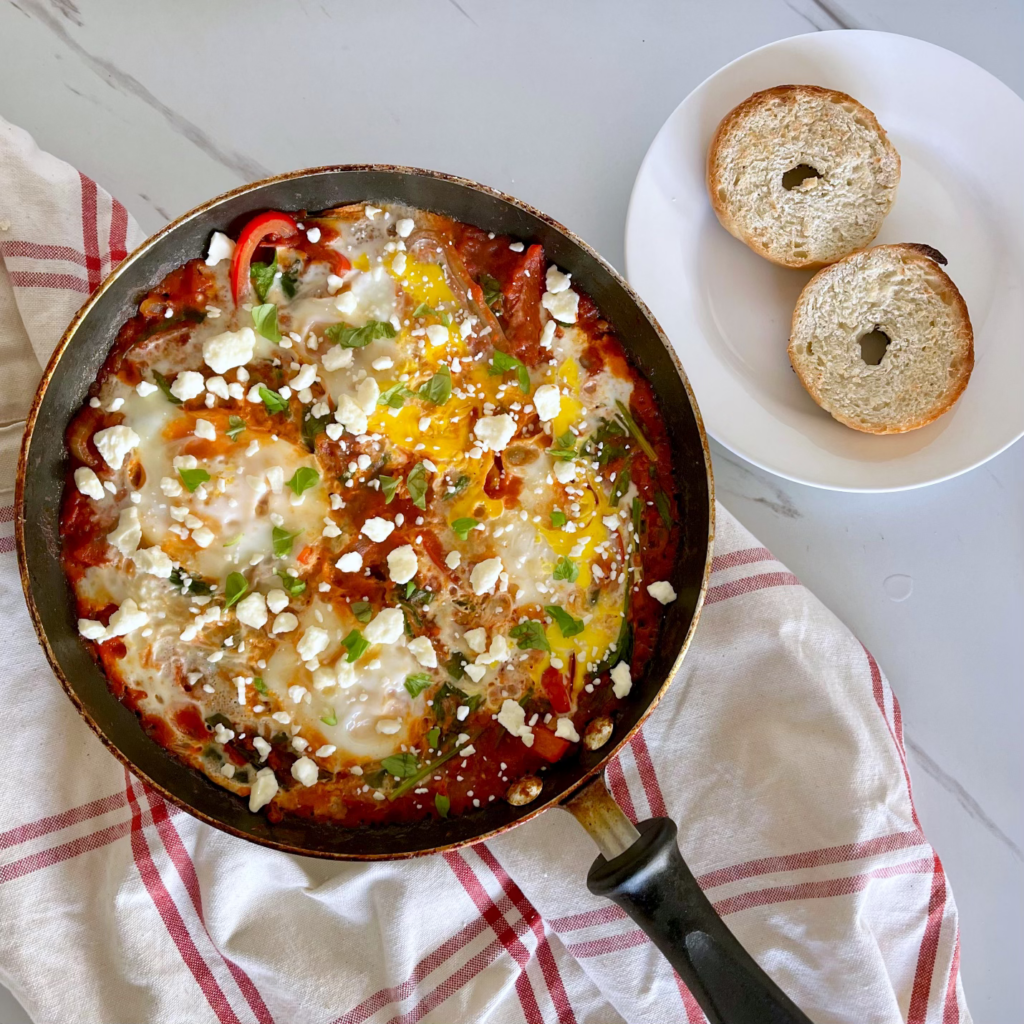 Are you tired of eating avocado and eggs on toast every morning? Are you bored of bland breakfast staples like pancakes and cereal? Are you constantly telling your housemates you want to try cooking new things? Even if you answered “no” to all of these questions, I’m still going to tout this shakshuka recipe because I promise it will raise your quality of life after just one bite.

Originally North African, yet often claimed as Israeli due to mid-20th-century migration, shakshuka is a dish with poached eggs in a sweet and tangy tomato sauce. In recent years, social media has begun popularizing shakshuka in Western countries, too. While not many restaurants nearby serve this unique dish, shakshuka is made with kitchen staples and takes less than 30 minutes to whip up, meaning cooks of any skill level are guaranteed to succeed.

I first tried making shakshuka based on the popularized New York Times recipe, but I have gradually tweaked it to fit my preference: my version is individually sized, is more heavily spiced and features spinach. Though I prefer serving it for breakfast, this vegetarian dish can also be eaten for lunch or dinner.

My personal favorite pairing is shakshuka and sourdough bread, but in a pinch, wheat or white bread — or even a bagel — can act as the perfect vessel. Trust me, there’s nothing homier than the lively, sweet aroma of this gorgeous dish. Do yourself a favor and spice up your breakfast rotation with shakshuka!