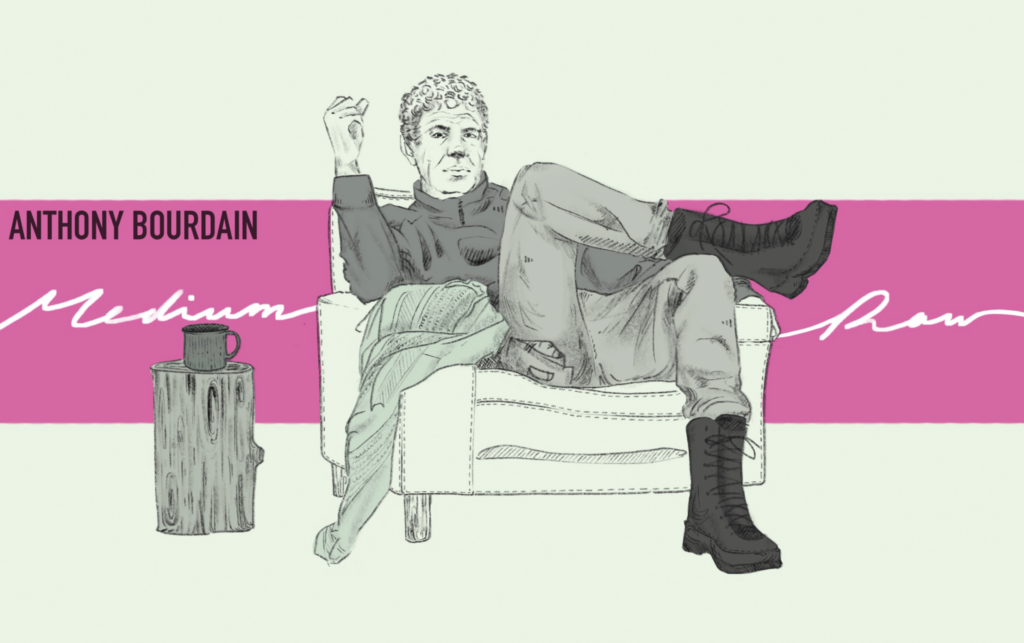 Published in 2010, “Medium Raw” accounts the late Anthony Bourdain’s journeys in a series of confessions, criticisms and interviews of some of the most contentious figures in the culinary world. “Medium Raw” gives the reader an insightful and mature perspective of the industry while still maintaining the brutal honesty and vividity that makes his writing so engaging.

“Medium Raw” opens with a secret dinner party of the top culinary minds akin to a James Bond movie where they consume the highly-illegal ortolan, an outlawed French songbird delicacy, showcasing Bourdain’s candor and dedication to the truth, which runs through the entire novel. Few culinary authors would have the audacity to willingly expose the secrets and idiosyncrasies that make the restaurant industry what it is; Bourdain enlightens the reader with rich travels, blood-sucking journalists, bad meat and so much more, all without sugarcoating. His love and respect for the industry are apparent throughout the novel, but his brutal honesty prevents romanticizing it at the same time. For example, in the chapter “So You Wanna Be a Chef,” Bourdain informs readers about what it actually takes to be a chef and the physical and mental tolls that chefs undergo daily, crushing many dreams in the process. Bourdain isn’t actively deterring anyone from being a chef — he’s just being realistic and honest. And while some readers may dislike his strong voice, I find it refreshing to read.

One of my favorite quotes is his explanation of the “Grandma rule,” in which he explains, “You may not like Grandma’s Thanksgiving turkey. It may be overcooked and dry — and her stuffing salty and studded with rubbery pellets of giblet you find unpalatable in the extreme. You may not even like turkey at all. But it’s Grandma’s turkey. And you are in Grandma’s house. So shut the fuck up and eat it.” Bourdain knows how to entertain with his writing, and within “Medium Raw,” there is rarely a dull moment.

The hallmark of “Medium Raw,” in my opinion, is its ability to immerse the reader in Bourdain’s escapades. While reading, I found myself in Bourdain’s shoes: interviewing David Chang, eating oysters and pearls at The French Laundry or slurping down pho on the streets of Hanoi; this is the power of his descriptive writing. On multiple occasions, I got up and grabbed something to eat because reading of the yakitori in Shinjuku, the pastrami on Houston street and the pain aux raisins of Paris all made me insatiably hungry. One of the best chapters I’ve ever read was literally about cutting fish — to be fair, it was at a Michelin Star restaurant — but I digress; he wrote 20 pages about someone cutting fish, and I never lost a bit of interest. The supposedly mundane task of fileting fish is transformed into a detailed account of someone’s livelihood and the various specifications and mannerisms that are undertaken. Bourdain takes nonfiction, a genre typically not known for its expressive capabilities (trust me, I’m a history major), and paints a vivid, riveting picture of the culinary world that never fails to capture your attention.

If you have any interest in the culinary arts, whether you’re a full-on foodie or just getting started, I strongly recommend this book to you. Bourdain’s writing is for everyone and, sure, it may help to know a little French, but that won’t stop you from enjoying “Medium Raw.” If you decide to pick up “Medium Raw,” I hope and trust that you will be as deeply enthralled in Bourdain’s adventures as I was.