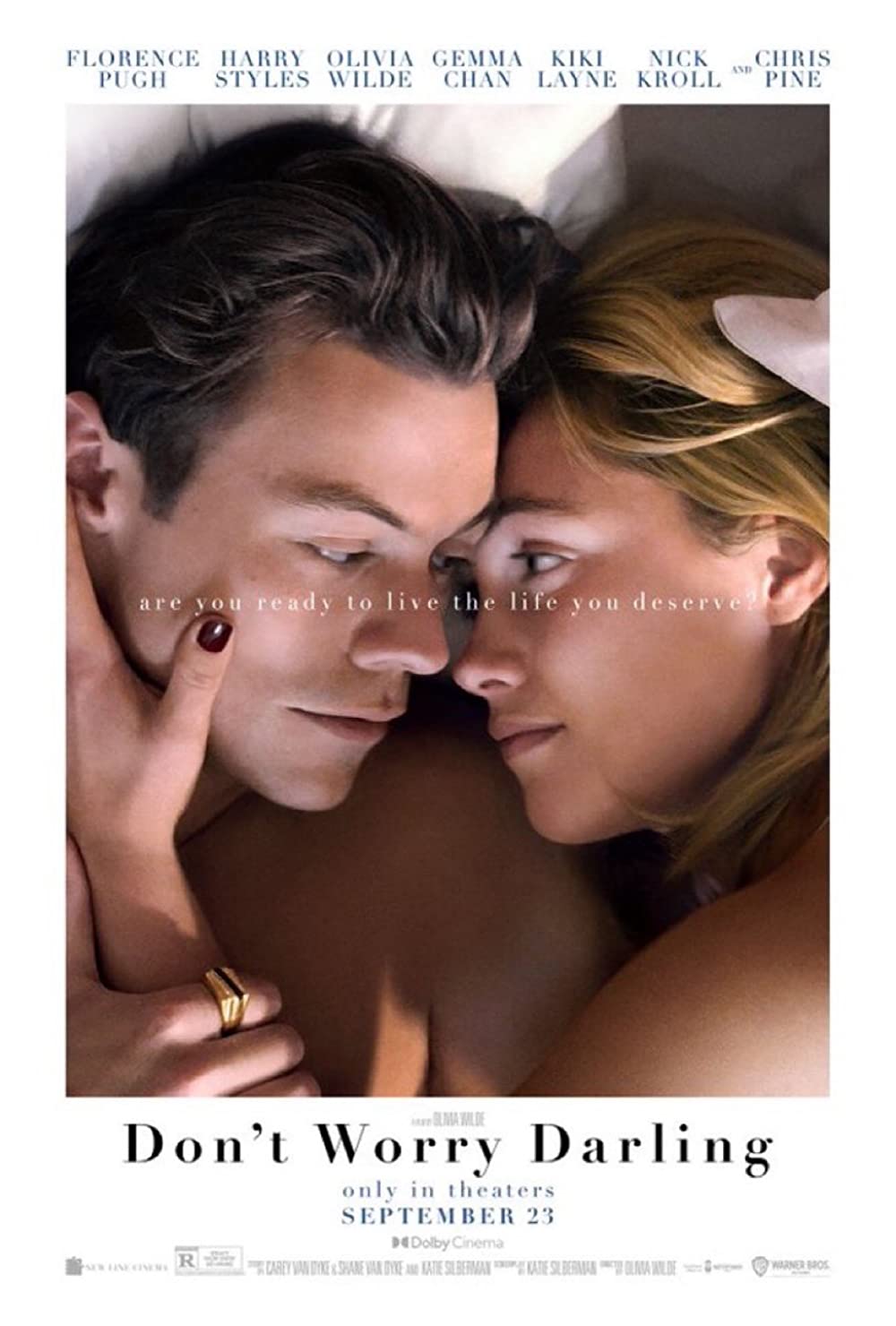 One of the more buzzworthy films at the moment is multitalented director and actress Olivia Wilde’s “Don’t Worry Darling,” a psychological thriller that leaves more questions than it answers in what turns out to be a film that unfortunately does not tread any new ground.

“Don’t Worry Darling” is Wilde’s sophomore effort at directing after her critically acclaimed 2019 film “Booksmart,” and this film has been in the making virtually since her first film’s release. “Don’t Worry Darling” may leave critics mixed, but her film has succeeded commercially, partially for the celebrity drama that surrounds it. The role of Jack Chambers was played by Harry Styles — only because previous leading man Shia LaBeouf was fired by Wilde herself for unruly behavior on set. However, it was rumored that Wilde and lead actress Florence Pugh were engaged in verbal spats later on in filming, and Pugh conspicuously did not attend the premiere of the film in New York. These rumors were denied by Pugh, claiming that she had prior scheduling conflicts due to production of “Dune 2.” At the premiere, another rumor — since discredited — had Styles allegedly spitting on fellow cast mate Chris Pine. As is often the case, any press is good press, and as of Oct. 14, the film has earned more than $71 million at the box office.

“Don’t Worry Darling” transports viewers to the seemingly idyllic suburb of Victory, California in what appears to be the 1950s or ’60s. The nuclear families in Victory all live in comfort and beauty that surrounds them everywhere they look. The men in the town all work for Victory Headquarters, which calls to mind one of many defense plants during the Cold War, but what they all do there is unknown to their wives who stay home during the day. But because life is seemingly so good, the wives don’t question this dynamic and cast shame on any woman that would upend this utopia they call home. Pugh’s character, Alice Chambers, eventually overlooks her passionate and blissful marriage to husband Jack when she investigates a strange accident in the desert, only to stumble upon the “Headquarters.” After going to this forbidden location, Alice starts to doubt her surroundings and entire existence. At first, Alice’s questioning is passed off as stress-induced delusion. Eventually though, Alice developing a mind of her own is enough to make her husband’s boss, and the mysterious man behind the “Victory Project,” merely named Frank — played by Pine — take increasingly intense steps to silence her.

“Don’t Worry Darling” concludes with an unexpected climax, although it does not deliver the shock value that it must have hoped to. Without giving the plot twist away, the town of Victory is not what it seems and all the men in town are revealed to be responsible for keeping their wives trapped here, preventing them from having lives of their own. The sentiments that Wilde tries to evoke with the film’s plot twist comes from the right place, especially as women’s rights and their apparent evaporation have been increasingly relevant lately. However, the film’s predictable story of one self-aware woman among a community of dronelike housewives does not do enough to set itself apart from films as old as “The Stepford Wives” (1975), which basically kicked off the feminist psychological horror genre. But instead of having a cohesive plot like some of these older movies, the plot of “Don’t Worry Darling” is baffling and the questions that it creates just do not make us care to dig any deeper.

On the positive side of this film, however, it is visually appealing. The cinematography and production design do a stellar job of transporting us to another time, with the vivid color palette within the town of Victory enhancing the dreamy quality of the town. Pugh and Styles are also strong in this film. Pugh shows, just as she did in “Midsommar” (2019), that she can play a convincing lead in psychological, emotionally wrenching films. And Styles, who many can admit played a large role in attracting audiences to even show up to the theater, proved that he will be a lasting dual-threat in the entertainment industry, playing a charming but unstable husband in this latest film. Just as his music career is at its apex, his acting career seems to just be taking off — having already delivered a solid performance in Christopher Nolan’s war epic, “Dunkirk” (2017).

All in all, “Don’t Worry Darling” is an average film that is strengthened by solid acting performances, and I would give it a marginal recommendation for viewing. But with theater tickets costing what they do, I would recommend waiting for the film to hit streaming.