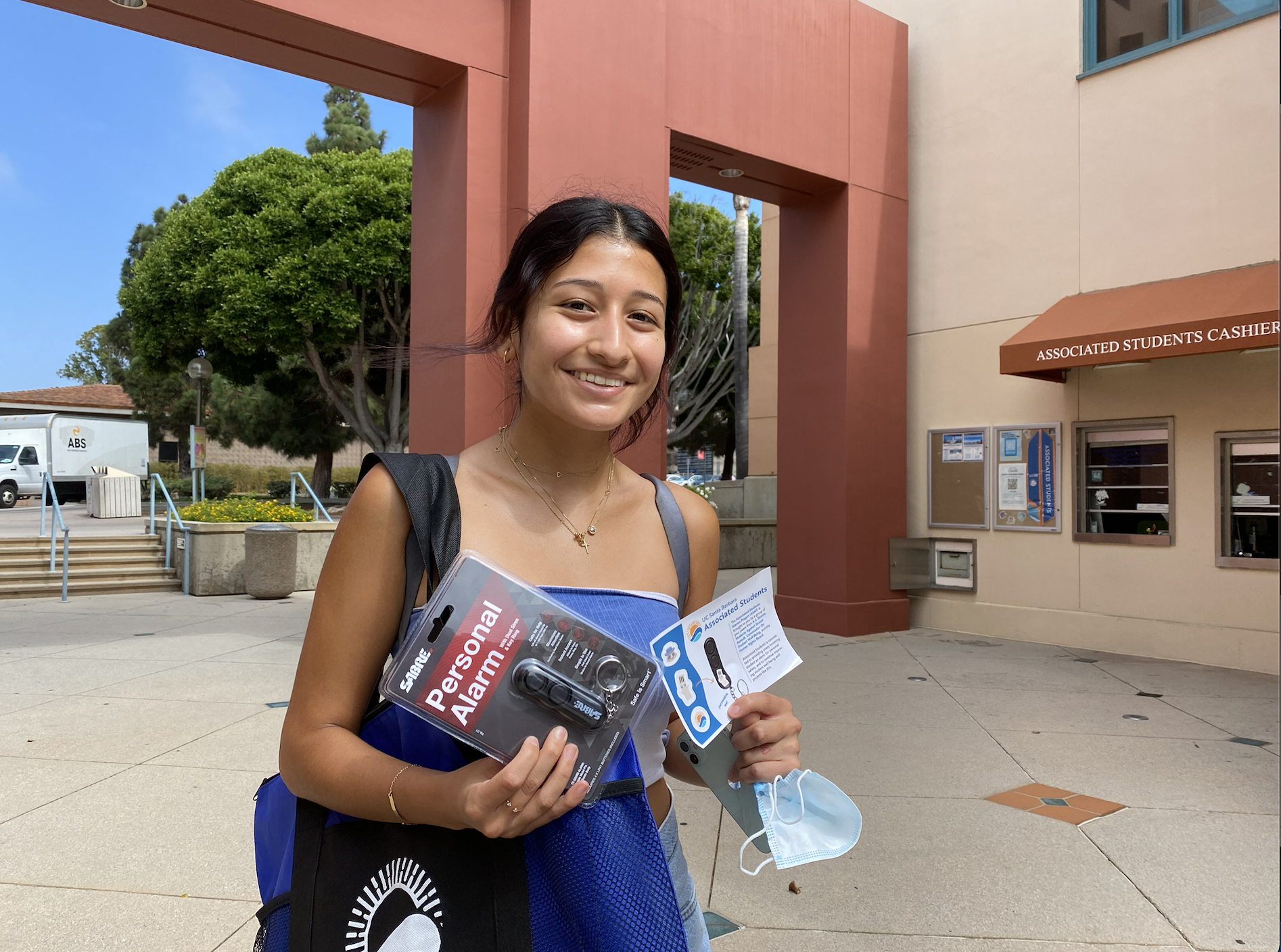 The alarms the group purchased from the brand SABRE initially retailed at $11, but Yang and his team said they negotiated the price down to $4.50 each. Courtesy of Michael Yang

The project was spearheaded by former Senator for the College of Letters and Sciences and fourth-year biological sciences and political science double major Michael Yang and was conceptualized in Spring Quarter 2022, following several instances of violent crime in Isla Vista.

“We were getting [alert system] emails about shootings on DP and attempted robberies and things like that, so we wanted to think about some measures to improve student safety,” Yang said. “That’s when we looked at safety measures from other institutions to see if they’re attainable goals that we can do as the student government, and we found out some higher institutions adopt personal safety alarms.”

The keychain-sized alarm emits a loud siren when pressed, alerting those nearby. Yang highlighted its efficiency due to it being “easily disguisable and usable under duress.”

The resolution provided the project with the bulk of its funding — $17,500 from the A.S. Senate, out of a total of $24,750. Students Against Sexual Assault (SASA), the Commission on Student Well-being and other Boards, Commissions and Units (BCU) provided the remainder of the funding.

The alarms the group purchased from the brand SABRE initially retailed at $11, but Yang and his team said they negotiated the price down to $4.50 each.

Yang collaborated with former A.S. SASA co-chair Manju Cheenath in Spring Quarter 2022 to draft a proposal and create a working group for the project. A resolution to fund the project — titled “Resolution to Improve Student Safety through Distributing Personal Safety Alarms” — was authored by Yang and seconded by third-year economics, data science and philosophy triple major and current On-Campus Senator Sohum Kalia, and was passed by the A.S. Senate in May.

“It was really encouraging because with the [A.S.] Senate, I feel like sometimes it’s hard to get everyone together on the same page, but with this we were able to do that,” Yang said.

Cheenath echoed the statement, commending the general collaboration within A.S. that birthed the project.

“It was really amazing to see so many different entities come together, agree that this was a need for students, and procure funding to provide them,” Cheenath said in a statement to the Nexus.

5,000 alarms were included in bags given out to freshmen at the Sept. 19 New Student Convocation, along with stickers to customize the alarms. The group plans to distribute the remaining 500 alarms at tabling events throughout the academic year.

Yang said the working group hopes to continue the project in future years and is meeting with current Senators to transfer leadership of the project for next year.

“We’re trying to make this into a recurring project,” Yang said. “We want to make it better every year. There were a lot of other alarms we looked at, and some contain a GPS function where you can send your friends your location.”

Yang is hopeful of the alarms having a positive impact, no matter how small.

“If these alarms help even one person, that’s a very significant change,” Yang said. “I don’t think the issue of student safety has an easy fix, but I’m glad we’re progressing towards that direction.”