The Daily Nexus
Features & Essays
A Look Into Bugeater1101’s Cozy World of Philosophical Thoughts
June 17, 2022 at 10:56 am by Sam Franzini 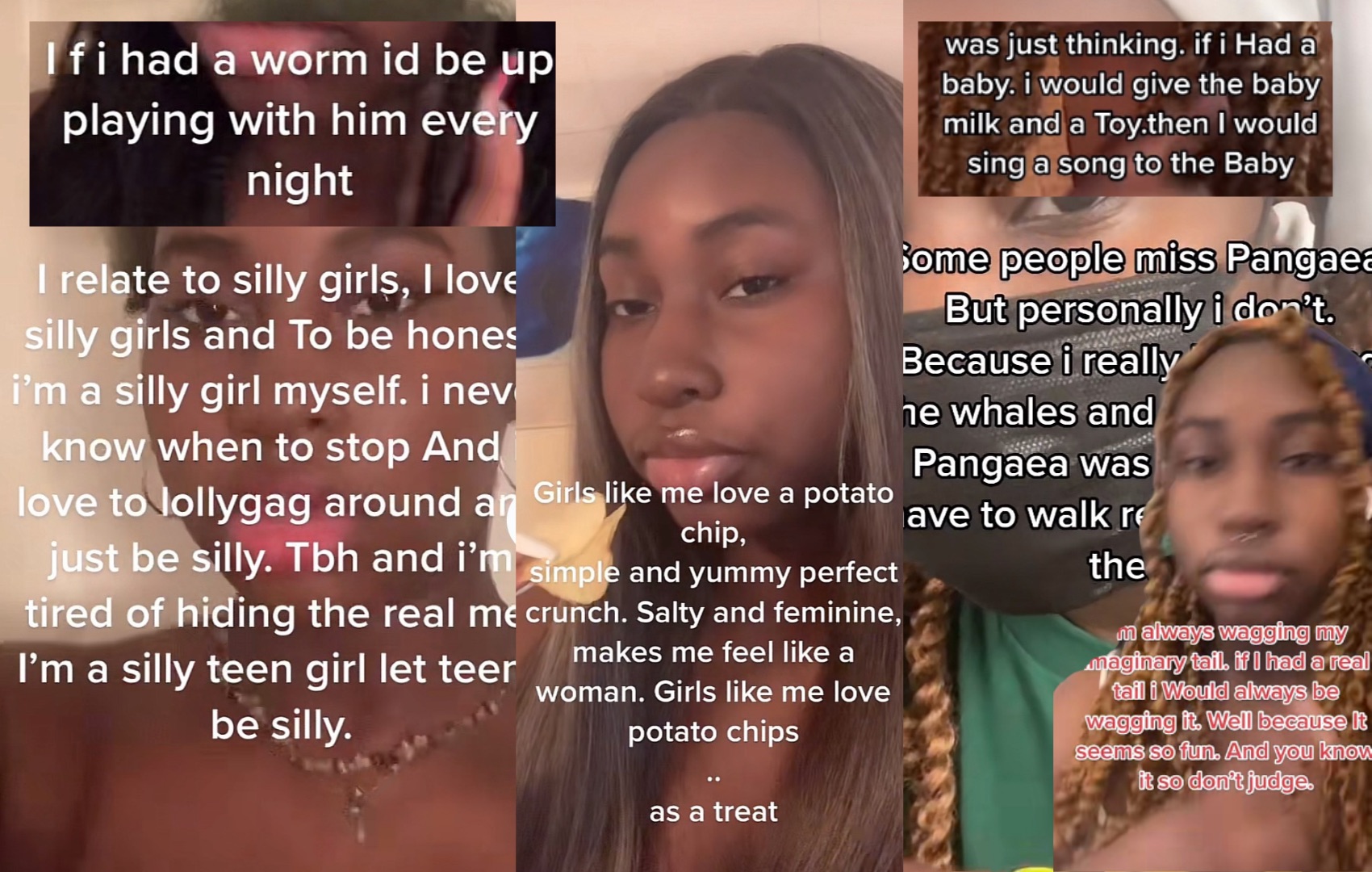 Within the fiery hellscape of Twitter, ‘hot takes’ reign. Other problems, like party polarization and social media addiction might obviously be more pressing (Twitter is, Caitlin Flanagan wrote for “The Atlantic,” “a red light, blinking, blinking, blinking, destroying my ability for private thought, sucking up all my talent and wit.”) But the takes, or opinions, are annoying as well, cluttering up my feed and distracting from creators I actually do like and want to hear from.

The takes can range from well-intentioned but ultimately bizarre – a women went viral wearing a shirt that asserted, “Black breastmilk built this nation” – to the morally wrong – a mother complaining that washing her child’s hair is “emotional labor,” and that her 18-year-old venting to her is “reinforcing the femme labor paradigm.”

“Each day on Twitter there is one main character,” a tweet from three years ago decreed. “The goal is to never be it.”

“This is grooming, right?” a woman asks about a photo of a bride-to-be holding up her baby in a wedding dress. A writer whose book is titled “Abolish the Family” comments that Wes Anderson’s “The French Dispatch” has crossed over from “apolitical world of winking whiteness and poignant quirkiness” into a “fascoid trivializing of struggle and active investment in the carceral state.” I mean, what the hell?

When did we all get so annoying? And going even deeper, why are Twitter users convinced that our opinions or ‘takes’ are precious commodities that everyone must be subject to?

On a nicer, less stressful corner of the internet, lies Alisha, who on TikTok is known as @bugeater1101. Her videos follow mostly the same formula, where three or so sentences of a text lie on top of her face as she wags her finger to demonstrate her confidence in whatever point she’s making, with light jazz or coffee shop music in the background.

What Alisha writes could be characterized as “Stoner Thoughts,” but they clearly have thought put into them. She usually thinks of them at school and jots it down in her Notes app, she told me over Zoom. “Which is why I sometimes go weeks without posting. I try not to force something or a thought,” Alisha said.

My favorites are worth quoting at length, and they include, but are not limited to:

“Humans are far too big … We’d have a lot more fun if we were fun sized … The silliest animals are small and hop around … bunnies, cats, even a racoon small and living life to the fullest. I wish I was a small mammal instead of a human.”

“Yes I say Starbuck. Well because I am just getting one singular Starbuck drink. If I get 2+ drinks I’ll add the ‘s’. But I’ve bever gotten 2 drinks in one trip. Only one. So yes I will say Starbuck. Because I’m only getting one Starbuck.”

“If I was a horse I would think my neigh sounded too aggressive at times so I’d rarely neigh and if I did I’d try to soften my neigh to cater to others.”

“Don’t give a dog a novel expecting them to read it, cuz most dogs can’t even read. And they have no desire to learn.”

Her content is different from the vast majority of videos on TikTok, which are usually snappy and quick in order to reel viewers in and please our limited attention spans. I ask her why her videos have allured an audience of roughly half a million.

“Honestly, I think about this a lot,” Alisha said. “I don’t really know. I guess because it’s something they don’t really see often. I like people being confused — I kind of like being different.” Making odd or unusual videos, “just to see how people react,” is part of the fun.

Not everyone gets it though, and the wholesome community she’s cultivated on TikTok might not translate so well. “People try to start arguments for no reason,” she said about Twitter. “If one of my TikToks gets reposted on Twitter, people would be arguing under it, like, ‘Is she serious? Obviously a dog can’t read.’ I feel like they take it too seriously.” Some creators who do see her humor have reposted her content though, helping her audience grow even more. “I’m obsessed with her mind,” one tweet promoting her read.

Earlier this year, however, her account was banned out of nowhere. Though TikTok has strived to ban legitimately harmful accounts, its robotic nature sometimes acts randomly and without reason. “I don’t really understand why either,” she said when I told her I was confused about it. “The community guidelines they said I violated—I commented ‘dog.’ Just ‘dog’ on a video of a dog. It was completely harmless. And then they just banned my account.”

Alisha’s account was thankfully reinstated, due to help from fans pointing out the unfairness of the situation. “People were saying they emailed TikTok on my behalf, so I think that’s why I got it back,” she said.

During the time she was banned, though, accounts making similar content proliferated. It began as the “one thing about me” trend, where people (including Ed Sheeran and Ashley Tisdale) sat down and wrote carefully constructed vignettes about themselves to stimulate what Alisha has done, using one of the jazz sounds she frequently puts atop her videos. Not only are most painfully unfunny and forced, they don’t credit her at all, or mention her as the start of the ‘trend.’

TikTok has always been notorious for not crediting Black creators for some of the app’s most popular trends, but another issue with these recreations is that they’re bad. Once her account was reinstated, she made a video announcing that she was retiring from using that particular sound, since it was so cluttered with copycats. “I’m convinced everyone doing this ‘trend’ [has] never had a thought in their life,” one video reads. “Because why would I want everyone doing the same content I’ve been doing for like a year. Be real! It’s weird.” The text ends with, “Terrible recreations too, no offense.”

The recreations made Alisha doubt her own content and place on TikTok. “It made me feel that, because their versions of it were not funny to me, I was like, ‘Is my content like that?’ I started to feel that I wasn’t funny. Because if this is how they see me, I don’t like it,” she said. “I just feel like people don’t know how to enjoy something without trying to take it and make it their own.”

With validation from friends and fans though, Alisha’s sure of her content and humor. She knows she’s different on TikTok — any one of her videos on someone’s For You page would stop someone in their tracks and make them think.

I watch Alisha’s videos as someone might read a book of cool facts, pocketing their favorites to think about or view again at a later date. My phone stops autocorrecting ‘bugeater’ to ‘budgeter.’ I send screenshots of her videos to my friends, telling them that I think she’s the Aristotle of our time. I’ve noticed I’ve adopted her finger-wagging habit whenever I’m making a point or asserting an opinion; it helps your case.

And though she’s admittedly silly, her content can legitimately be de-stressing and helpful. It’s nice to have one place on the internet not concerned with followers or notoriety, just about sharing your quirky thoughts. Though she never misses with her opinions, some actually might be worthwhile advice. “Imma always say ‘me and ___’ instead of ‘___ and I/me,’” one video reads. “Gotta learn to put yourself first and it starts with the little things.”