The Daily Nexus
Music
In Review: Rina Sawayama Goes to Hell With Signature Style
May 24, 2022 at 8:00 am by Sam Franzini 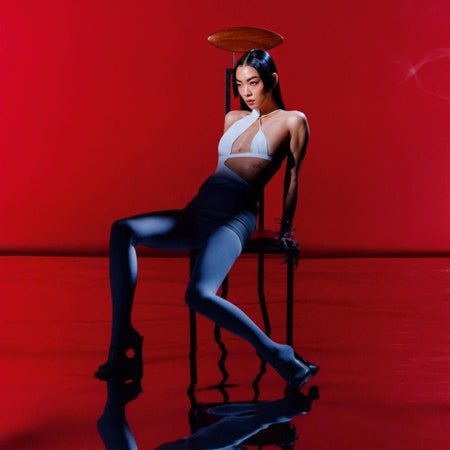 At long last, Rina Sawayama has entered her new era — by going to hell. The multitalented musician released “This Hell,” the lead single to her album releasing this fall, “Hold The Girl.” Kickstarting the single with a fiery performance on “The Tonight Show,” the singer shows extreme growth and promise for what’s to come.

After releasing the critically acclaimed “SAWAYAMA” at the start of 2020, the Japanese-British singer has been hard at work with other projects. The extended version of the album released later that year boasted a collaboration with Elton John, and more recently she’s contributed excellently to Lady Gaga’s “Dawn of Chromatica” remix album and less-than-excellently to Charli XCX’s “CRASH.” She’s also been invested in advocacy after being barred from the British Mercury Prize due to her dual heritage. Dipping her toe into acting, she’s also set to appear in  “[John Wick: Chapter 4” alongside Keanu Reeves.

All the while, news about her upcoming album was churning out: She told magazines, “I’ve been listening to a lot of Garbage, prog rock, grunge, a lot [of] early ’00s Britpop.” Working again with Clarence Clarity, who produced the majority of her first album, she set out to write “big songs.” Now, with “This Hell,” we get the first taste of what she means.

Combining the fantastic, clean and still-substantial electric guitar licks of “Dynasty” or “Who’s Gonna Save U Now” with the swagger and confidence of “Comme Des Garçons (Like the Boys)” or “XS,” the new song is instantly catchy and memorable. She’s taking risks and making statements like the pop stars of the past did; few singers today would gladly promote the song by announcing their descent into Hell — it’s 2009 Lady Gaga camp brought to 2022.

The production, like all of “SAWAYAMA,” is meticulous, every beat placed correctly and thought out. The sassy and playful bridge that touts, “Got my invitation to eternal damnation” makes way for the guitar solo — not as intense or dramatic as the one on “Dynasty,” but perfectly fitting the theme of the song.

Lyrically, the track could be described as if MARINA’s somewhat clumsy and politically conscious writing style was tasked with making her own “Born This Way.” Rina opens the song by saying, “Saw a poster on the corner opposite the motel / Turns out I’m going to hell if I keep on being myself,” referencing highway posters that spout bigoted garbage. Sawayama, openly pansexual, has not been afraid to embrace the queer community, but her previous “Chosen Family” was a clunky effort that sounded almost like a parody of a song. Here, though, with the dial up to 11, she’s created a much better version of an acceptance anthem.

Admittedly, the writing is less complex than on her debut album, and includes odd shoutouts of Britney Spears, Princess Diana and Whitney Houston that feel a bit out of place. The central idea of the song, though, that she’d be fine going to hell with the people prescribed to do so, is cute. There is a clever idea, too, that the world is already hellish, and her friends are helping her get through it. (“This hell is better with you,” she says.)

The alludes to pop culture, whether it be movies (“’Cause the Devil’s wearing Prada / And loves a little drama, ooh-ooh”), or Paris Hilton (the “Wow, that’s hot” ad-lib), shows that this song throws everything at the wall, and most of it sticks. Sawayama has honed her intense, somewhat chaotic genre-bending form into a sleek song that presents her evolution. But if this is just one of 13 songs on an album that go every which way, experimenting with what pop music can do, it’d once again be welcomed.