Stay tuned this summer for the release of an all-UC Santa Barbara student-led film called “Figment” –– an absurdist comedy about someone who realizes they’re living inside someone else’s dream. This project started out as an original concept by graduating third-year film and media studies major, Mason Campbell, but has grown to incorporate a large, diverse cast and crew that has worked independently of UCSB’s Department of Film and Media Studies, and anticipates appearances at prestigious film festivals upon release. 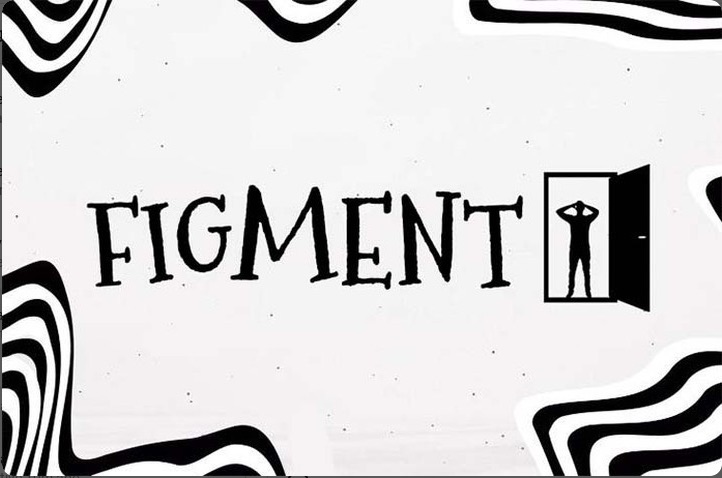 To give a brief synopsis of the film, a server at a diner named Alan starts to get the feeling that his regular night at work is not like it normally is. Eventually, reality starts to become … less real. While serving a rude customer named Dave, he starts to get the feeling that something is off. After a brief conversation with his coworker Jason, which only worsens his paranoia, Alan finds out that the kitchen behind him is empty — and has become a pure, white void. Alan panics, desperately searching for answers, then realizes –– upon Jason’s return –– that this new reality foisted upon him is all a dream within Dave’s head. And, if this could not be jarring enough, it is revealed that the protagonist and everyone within Dave’s dream will no longer exist once he inevitably wakes up. This leads to much-needed cooperation between the cast of characters within Dave’s dream to find out where they are, what’s going on, who Dave is and whether any of them can live past the night. But, after considerable difficulty, Alan has to make peace with the fact that he does not know what’s beyond this dream, if he will come back another night and if his life, as he knows it, will end. If this isn’t a great allegory to the turmoil that we all have when we consider mortality and the possibility of an afterlife, I don’t know what does.

When speaking with the film’s director, Campbell, he discussed his inspirations for making “Figment.” Campbell is a devotee of writers and filmmakers who are not afraid to explore the surreal and ever-complicating human psyche. Campbell expressed admiration for contemporary directors Edgar Wright and David Lynch. But it seemed that renowned horror and sci-fi writer H.P. Lovecraft served as perhaps the greatest influence for Campbell –– especially his concept of the “Blind Idiot God.” This is the idea that our entire universe is the dream of some oblivious deity out there who is sleeping, but when this god wakes up, everything we know will cease to exist. Campbell was so intrigued by this idea that it served as a focal point of inspiration for “Figment” –– as he said that Dave is an embodiment of the “Blind Idiot God.”

“Figment” is more than its influences, though. Campbell, who made references to his own spirituality, felt that making this project was “therapeutic” for him. With such a broad question as to what happens in the afterlife, or if there even is one to begin with, Campbell intended to convey through his film that there is no outright answer. “You can’t spend your whole life fretting over that, because you’re never going to find that answer. You just need to live your life and enjoy it,” Campbell said, as he tied these personal beliefs in with the overarching theme of the film.

Fourth-year film and media studies major Alfonso Gonzalez, who played the dreaming Dave, found that acting in “Figment” was particularly rewarding because he was able to “vocalize a wide range of emotion.” The role of Jason was played by fourth-year BFA theater major Cyrus Roberts. Roberts describes Jason as exactly what director Campbell speaks of when talking about spirituality and the unknown: “Jason surrenders himself over to the inexplicable nature of life.” Roberts has proficiency in acting and directing on stage so when asked how the transition from the stage to the screen was, Roberts said that filming scenes out of order, for logistical reasons, was noticeably different from the continuity of the stage, yet, he said he felt “all the more invigorated for the future” by embracing everything that came with working on the film. Another actor who particularly impressed Campbell was third-year theater major Andalyn Honselaar. “I even changed the ending of the film because [Honselaar]’s performance changed my perspective on her character,” Campbell said. Other notable actors in this cast are Megan Tran and Josh Ilagan.

The acting was top-notch, but the crew was just as instrumental behind the scenes in crafting the film’s visual appeal and making sure that the project was carried out smoothly and effectively. When talking about the making of the film, Campbell was very thankful for the effort put forward by third-year film and media studies major Brady Berryhill, his director of photography. Berryhill, who was responsible for everything on set that was captured on camera, was key in making sure that real-life locations could evoke an abstract and surreal aesthetic. Regarding the dreamlike cinematography style and his visual inspirations, Berryhill mentioned “La La Land” as a huge influence. Regarding the process of capturing the scene, Berryhill insisted on having as few cuts as possible in order to “maintain a center focus on the protagonist’s POV.” As for the actual effects that were used to evoke a dreamlike state on camera, starburst filters were used to make lens flares “uncanny” within the dream state, and match cuts and hidden cuts were implemented to transition the film in a way that may not even be able to be perceived. Berryhill and Campbell were assisted by a lot of student crew members who had extensive experience on set, but one of the film’s producers is first-year Kayla Li. Campbell said that Li “really pulled through and got us through some tough” times. Li, of her experience, said, “Producing as a first-year has been both gratifying and challenging. I was learning as I was producing.” Of course, everyone I spoke to who worked on this film said that having a “passionate” and “supportive” team made “Figment” that much more of a rewarding experience to create.

As the director, Campbell, of course, found that there were challenges — many of which came with location shooting. Since many of the locations were businesses, including Woodstock’s, the crew had to shoot after hours or before hours — one night from 9 p.m. to 5 a.m.! Obviously, the most challenging component of making the film was getting a budget to begin with. Campbell found some considerable support from crowdfunding on Indiegogo and other platforms. But, when he met an unnamed benefactor, she gave him the idea to throw a concert on Del Playa Drive to raise funds. This ended up netting $2,000 for the production of “Figment,” which has a current budget of around $8,000 now — and hopes to accumulate more for the costly price of post-production. Even though Campbell said it was “a really challenging process to get this film made,” he said he is “massively thankful for my crew because they really pulled together.” Campbell was also glad for the diversity in his film’s crew. Women occupy many of the leadership positions in the film, nearly half of his crew identify as LGBTQIA+ and a large proportion of the cast and crew are people of color.

The production stage of “Figment” wrapped last weekend, bringing the film to the home stretch. Although it is on a tentative timeline, the hope is to release the film by July and test its strength at various film festivals. Like many others in the cast and crew, Campbell is graduating this June and is enthusiastic to work in the film industry. And, while “Figment” is still a work in progress, Campbell has advice for similarly aspiring student filmmakers. He mentioned how the enthusiasm to make films often goes far beyond the film department and includes people all around UCSB, Isla Vista and the broader Santa Barbara community — so he touted the importance of putting oneself out there and networking, which he says occurs a lot at the Writer’s Room Club here at UCSB. Campbell hopes that “Figment” serves as an inspiration for student filmmakers and that he can continue to give more credence to independent movies in an industry that is hopefully reversing a trend of over-commercialism. All in all, Campbell thinks that the strength of the film lies with such a representative team of hardworking students, as well as a deeply personal but relatable story.