The UC Santa Barbara baseball team has had an impressive run in their season so far, having accumulated the ranking of No. 25 in the nation by the NCAA. 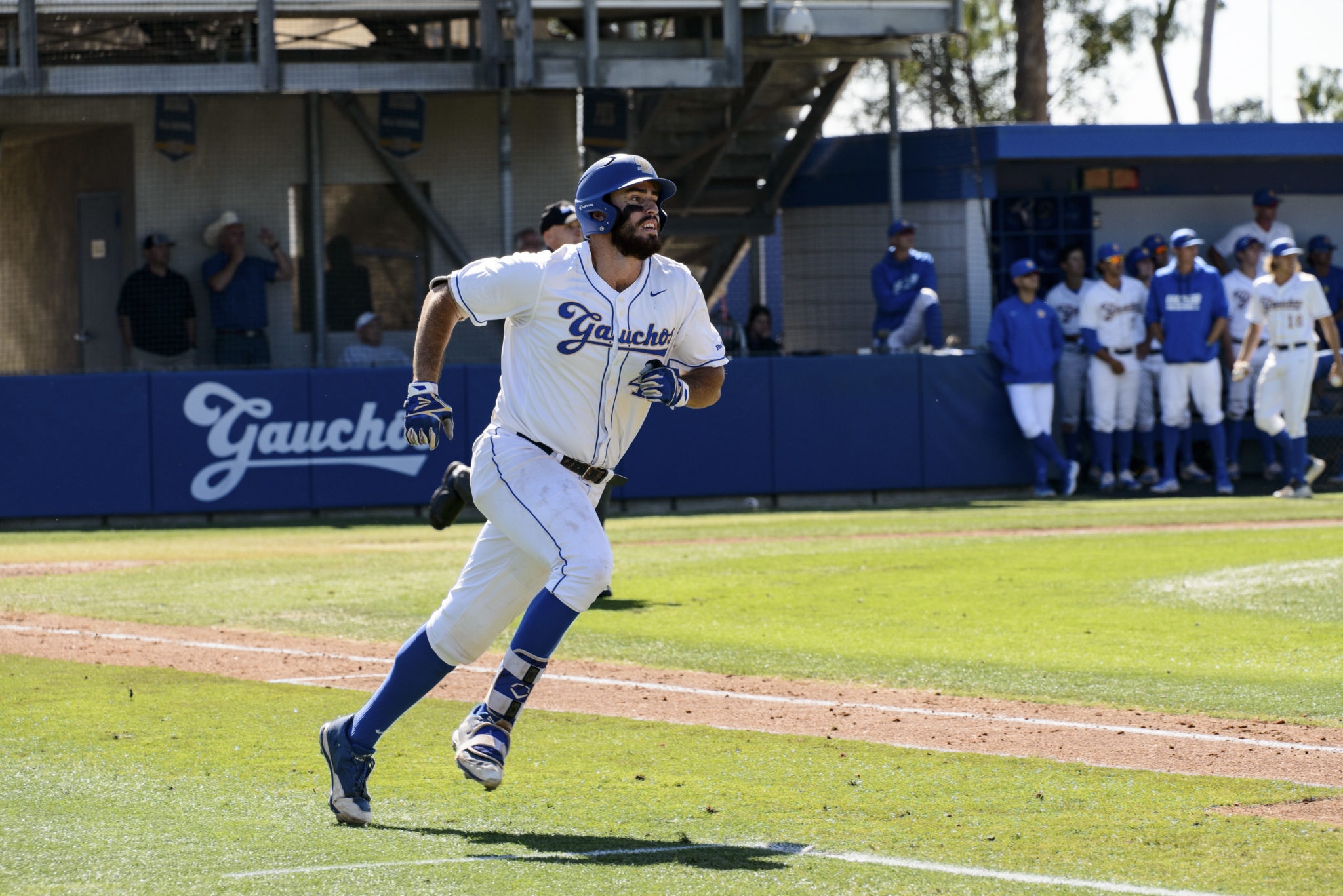 Before their weekend series against UC Irvine, the Gauchos took on the Pepperdine Waves, into which they were riding a 3-game winning streak. The streak continued as the team beat the Waves 7-4, in a game where sophomore infielder Jordan Sprinkle and subbed-in redshirt junior outfielder Broc Mortensen each gathered 3 runs batted in.

Following their 1-game victory on Tuesday, the Gauchos responded by taking 2 of 3 games against UC Irvine and retaining possession of first place in the Big West Conference.

The first game of the series went in favor of a 2-0 Gaucho victory that was dominated by the pitching on both sides of the ball. The Gauchos’ starting pitcher, sophomore Cory Lewis, pitched 7 innings, giving up just 1 hit and 4 walks, while striking out 5 batters. The hitters produced 1 inning of scoring in the 5th inning, with senior outfielder Jason Willow producing a sacrifice fly out to score Sprinkle and freshman catcher Aaron Parker driving in junior infielder Kyle Johnson with a triple. That proved to be enough run support as freshman pitcher Matt Ager came in and closed the door in order to pick up the save.

The second game had an opposite effect of what occurred in the first game with lots of scoring. The Gauchos, however, did fall in the second game to a score of 10-11 in favor of the Anteaters. The usually reliable duo of sophomore pitchers Mike Gutierrez and Michael Rice weren’t on their A-game and allowed 7 runs in 5 innings, although only 2 earned runs were allowed by Gutierrez. On a bright note, the bats finally woke up with Johnson, redshirt junior infielder Bryce Willits, senior catcher Gianni Bloom and junior utility player Christian Kirtley each picking up 2 runs batted in.

In the final game of the series, the Gauchos were electric at the plate, leading to their 17-7 victory. Although the bullpen did allow 5 runs, there was enough insurance from the hitters in the lineup. Mortensen, Willow, Sprinkle and Willits all stayed comfortable at the plate, contributing RBIs, runs scored and multiple hit days. Starting freshman pitcher Ryan Gallagher tossed a solid outing, allowing just 2 runs across 5.1 innings pitched.

Looking onward to the Gauchos’ remaining regular-season games, the hardest stretch is out of the way. The squad will play an out-of-conference, 3-game series versus a cold Dixie State team. Then, they will move on to play the Big West’s worst team record-wise, UC Riverside, along with the 16-27 CSU Bakersfield team that has looked somewhat uninspiring.

A version of this article appeared on p.7 of the May 12, 2022 print edition of the Daily Nexus.