The Daily Nexus
News
UCSB MCC Presents: “Environmental Justice Around the World”
May 10, 2022 at 7:07 pm by Caroline He 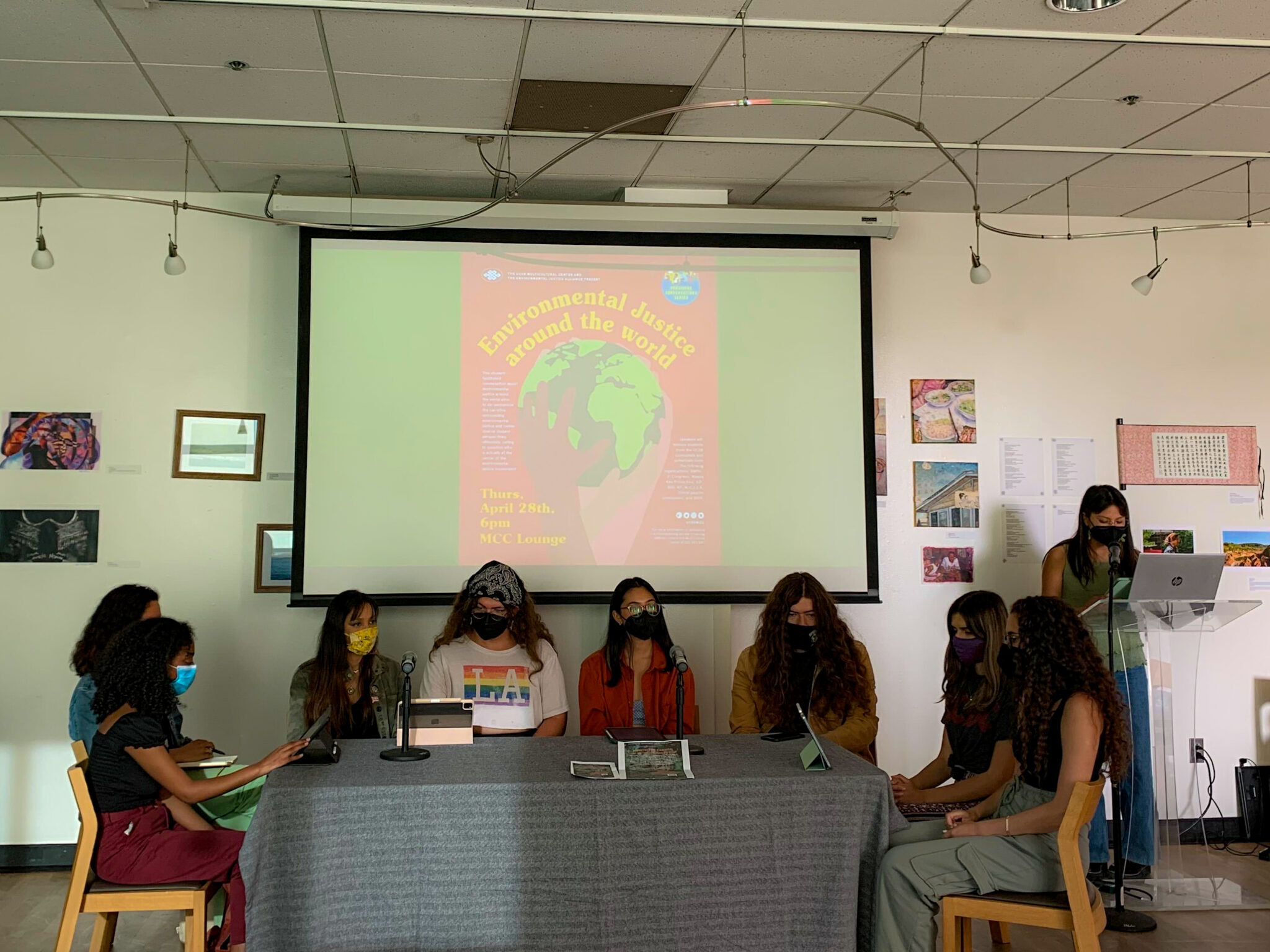 Carly Lam, a fourth-year environmental studies major representing the student organization MAPAS, spoke to the importance of environmental equity and connecting individuals to their environment.

“[Environmentalism] is not just about protecting the earth. It’s about acknowledging that people are part of the earth, and that we need to protect ourselves and the people that are being most harmed by these really damaging practices,” Lam said. “It’s about equity. It’s more than just protecting the environment, It’s about making sure that people have everything they need to live a better life.”

Fourth-year political science major Honu Nichols, representing the Mauna Kea Protectors, said that her indigenous identity connects her to the land, and that true environmental justice cannot be achieved without the inclusion of indigenous communities and communities of color.

“Environmental justice to me is talking to indigenous communities, it is coming back to traditional values and understanding and practices that we already know,” Nichols said. “Indigenous people already have ancestral secrets on how we should take care of the land in sustainable ways. Indigenous perspective has always been about thinking about future generations, not how we can best maximize our utilities and our land and resources for the now.”

“So I think for me as an indigenous person protecting my family, my land, my earth, my mother, my father, my sister, my brother — that is what environmental justice is for me,” she continued.

As the panel progressed, the moderators asked the panelists about how desertification — the process of fertile land becoming desert due to drought mismanagement — relates to environmental justice.

Fourth-year history major and member of the United Students Labor Action Committee Jarod Ramirez noted that desert ecosystems are often overlooked in traditional environmental protection discourse. As a student from the Inland Empire —a region centered around San Bernardino and Riverside — Ramirez said the neglect of desert ecosystems left his community vulnerable to exploitative mining practices and disruptive large-scale development.

“But they do have a lot of unique and also rare species that don’t exist anywhere else and they also have a lot of cultures and people that live there,” he continued. “Oftentimes, people think of the desert as this empty, barren place, which means that it’s also perfect for development, which denies the fact that a lot of people do already live there.”

Ramirez drew a parallel between the push for development of the Inland Empire in the 1980s and the current efforts by Israel to alter the desert ecosystem in Palestine.

“I had a lot of resonance with how Palestine is viewed as like this desert that needs to be settled or made green, which often denies the fact that it’s already a place with a lot of life. And also the fact that even if it doesn’t have a lot of life, a desert should sometimes just be a desert,” Ramirez said

The panelists then discussed the importance of developing resources for students of color that make them feel welcome and connected to their environment. Lam said that MAPAS aims to create spaces where students of color can comfortably interact with the outdoors through camping trips and hikes organized specifically for historically underrepresented communities.

“It’s scary to be outside sometimes as a minority or just feeling like you’re not equipped and you don’t have the skills to be outside,” Lam said. “Hopefully MAPAS just makes them feel more comfortable being outdoors and then they feel less distant from nature. We are nature and we should feel like we belong there.”

“It’s just so crucial for a community that has had the means of their production taken, especially in regards to food, to create a physical presence that … will continue to be passed down,” Owens said. “[It is important] to have this space, within this campus, within this university, for Black students to have access to fresh fruits and vegetables.”

As a part of the discussion of environmental justice, the panelists also discussed the difference between true activism and performative activism.

“When it comes to discussions about environmental justice and environmental issues, everyone is looking towards you to explain everything. It’s a pet peeve of mine when people ask me questions about racism, or what they should do, because I’m not a Google search engine,” Tadesse said. “If you’re really passionate about these issues, you should be doing the research on your own and be able to contribute with your own information that you’ve provided.”

The panelists also touched on the impact that the UC system has on environmental justice issues.

Esmeralda Quintero-Cubillan, a fifth-year sociology major and UCSB’s External Vice President of Statewide Affairs, said the UC system often congratulates itself for its moves towards environmental sustainability, such as its commitment to become carbon neutral by 2025, while failing to consider its impact to the local environment and community.

Quintero-Cubillan cited UCSB’s over-enrollment of students compared to the enrollment numbers in its Long Range Development Plan as a form of environmental injustice.

“Part of environmental justice is the right for local I.V. families to not be priced out of their neighborhoods, and to be able to live here without having to worry about being gentrified out or pushed out by students. The UC is actively a proponent of that,” they said.

Quintero-Cubillan said that a part of the environmental justice movement entails UCSB students questioning how the actions of the university impact the local environment, as well as holding the university accountable.

“When the UC says we just admitted the largest class of freshmen ever, you need to ask the question of, ‘Where are these freshmen going? Where are they housed? What are the conditions we’re going to be living in?’” Quintero-Cubillan said.