The Daily Nexus
Tennis
Dramatic Championship Weekend for Gauchos’ Tennis
May 5, 2022 at 8:58 am by Gabriel O'Brien

This weekend at the Barnes Tennis Center in San Diego, the red-hot Gauchos’ women’s and men’s tennis teams made the school proud when both teams advanced to the Big West Tournament Championships, and one earned a guaranteed spot in the NCAA Tournament. Both teams continued win streaks that have earned them top-seeded status this season and have made them both formidable opponents for any of the other teams unlucky enough to go head to head with them. 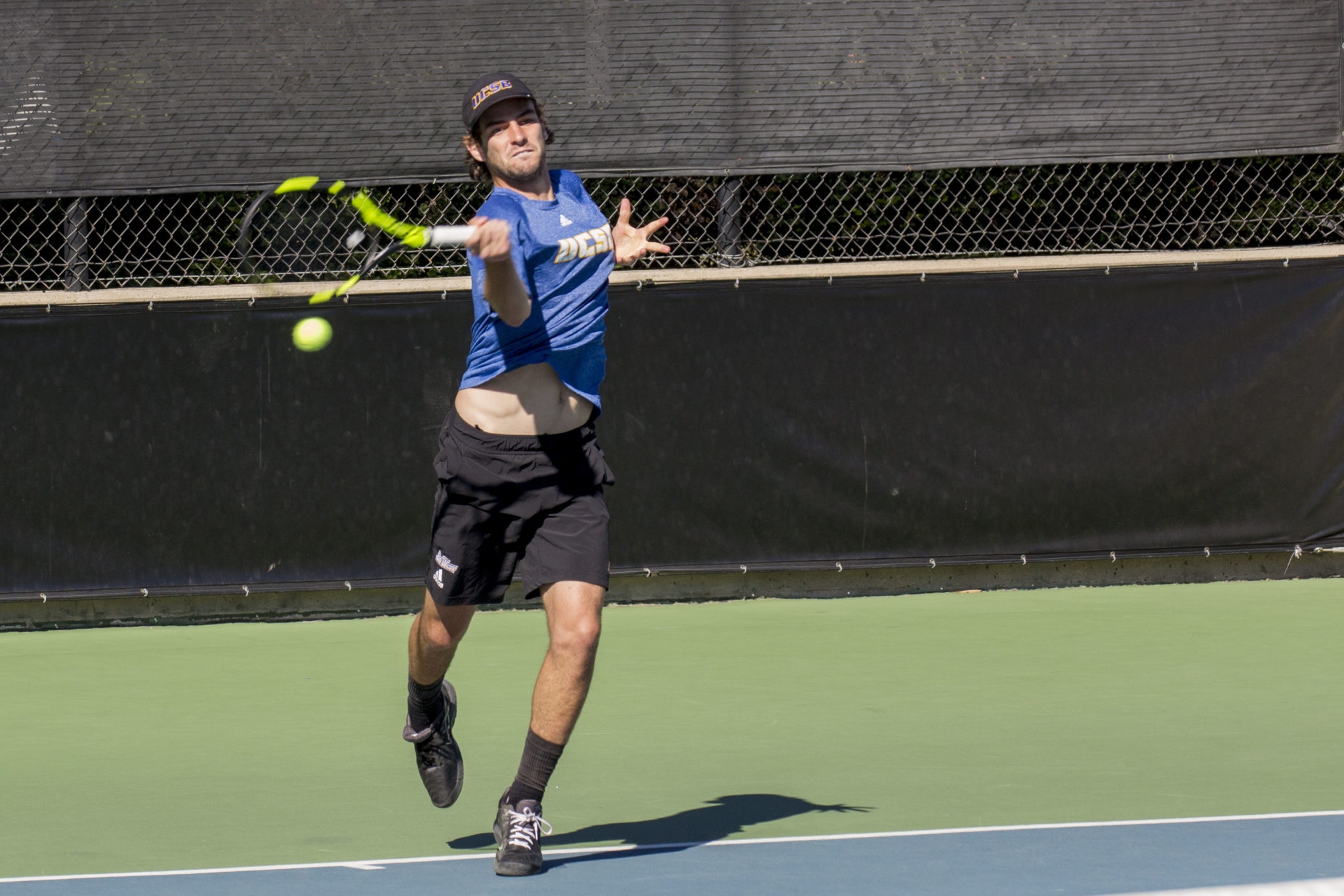 On Friday, the women’s tennis team faced Cal State Fullerton, in which they shut out the Titans 4-1. In almost every single doubles and singles match, the ladies pulled out a victory — often by large margins. In the singles events, there were 3 straight-set wins. And within the singles category, two athletes — freshman Amelia Honer and sophomore Camille Kiss — continued impressive win streaks of their own. Honer, who played in the Junior US Open and was the 2021 National Clay Court Champion, achieved a 10-match winning streak. And Kiss, the Big West Team Champion and last year’s Big West Freshman of the Year, won her 6th consecutive singles win. Overall, the ladies tennis team achieved ten straight victories in the Big West, in which they remain undefeated, and are aiming to continue this trajectory of success. On the day of the championship on Saturday, the ladies were sure to pull out a win, to bring the Gauchos their second title in a row and their tenth all time. The score at the end of the tournament was 4-1 against the Cal Poly Mustangs. Notable performances on Saturday included the doubles teams of Honer and Kira Reuter, graduate student Elizaveta Volodko and senior Shakhnoza Khatamova, and juniors Marta Gonzalez Ballbe and Kiss. The doubles teams swept all their matches within the meeting with the Mustangs. Nearly every Gaucho in the singles category earned a victory as well. Arguably, the most impressive victory belonged to freshman Filippa Bruu-Syversen, who won her match 6-1, 6-0 in a dominant victory. Congratulations are in order, as this clinched the women’s team a spot in the NCAA Division I championship, where, on May 2, their first competitor will be announced.

On Saturday, the men’s tennis team faced off against the University of Hawai‘i Rainbow Warriors. This was the one match that stood in the way of the Gauchos’ men’s team reaching the Big West Tournament and was also a grudge match against the one team that defeated the Gauchos this season within the Big West conference. But in the end, the No. 1 seed Gauchos won 4 matches to 1 against Hawaii, and the clinching victory came from sophomore Phillip Jordan when he defeated Hawai‘i’s Andre Ilagan in a come-from-behind victory to put the Gauchos in the finals. However, in the championship on Sunday, against the UC Irvine Anteaters, the Gauchos’ men’s team came up just short of being Big West Champions for the seventh consecutive year. However, the unfortunate loss did not come without some edge-of-your-seat thrills. The Gauchos led early on 2 matches to 1, but the Anteaters rallied in the latter half of the meeting with UC Santa Barbara as the Gauchos eventually fell 4 matches to 2. Still, the teams of sophomores Phillip Jordan and Kai Brady, as well as senior Stefano Tsorotiotis and freshman Gianluca Brunkow, were able to pull out wins in the doubles category; and Brunkow and sophomore Pablo Masjuan took home the wins in the singles category. Nevertheless, not all hope is lost for the men’s tennis squad, as they hope for an at-large bid to compete in the upcoming NCAA Division I men’s tennis bracket selection show this Monday, which decides the competitions for the NCAA tournament.

A version of this article appeared on p.7 of the May 5, 2022 print edition of the Daily Nexus.