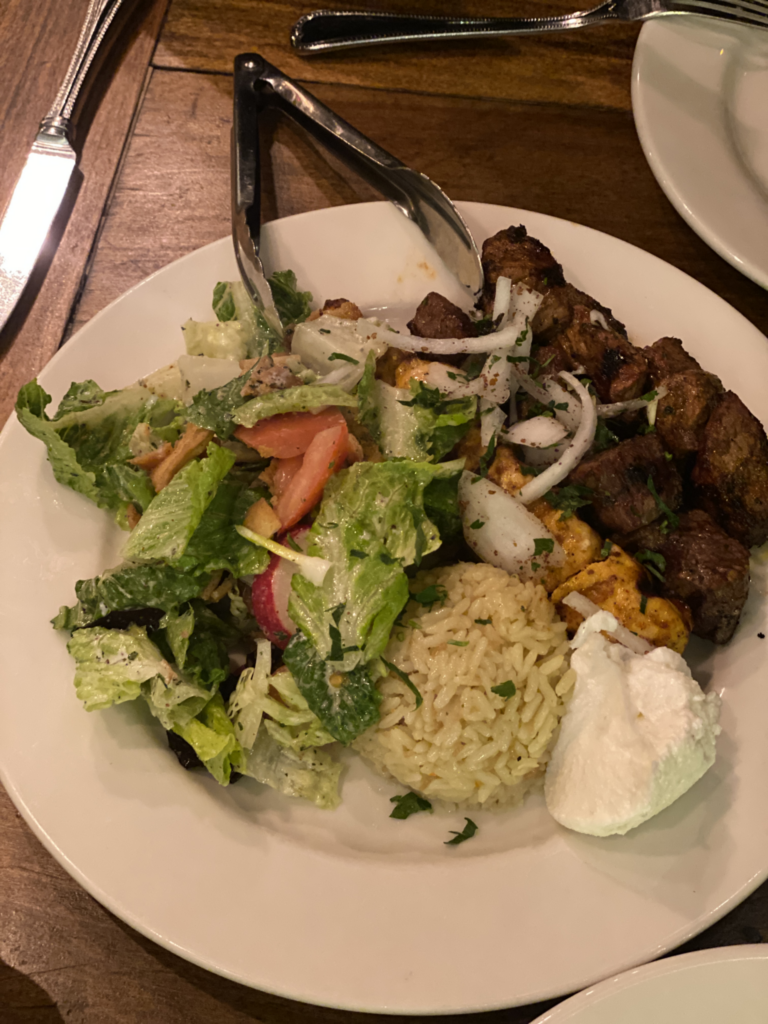 If you are looking for a fairy tale ambiance for an intimate celebration of surviving another chaotic quarter, check out Zaytoon, a Lebanese restaurant on 209 E. Canon Perdido St. in downtown Santa Barbara. There is street parking and a parking lot across the street.

My co-worker, who recommended this spot, raved about the food and fire pits, which are unfortunately reserved for parties of four or more. Reservations are highly recommended.

I was not disappointed. Upon my arrival, my kindred spirit and I were greeted by a stunning outdoor display of fairy lights, a blue-lit fountain and low music. The sight was breathtaking. On their website, they recommended bringing outerwear and blankets, but despite Santa Barbara’s cold nights, there were enough heat lamps and fire to ward off the cold.

The drinks menu was quite impressive, ranging from 2 ounces of wine that was the cost of a Nintendo Switch ($300) to $6 tea. The cocktails sounded phenomenal, such as a Watermelon Crush and a Mezza Mule, but as it was a Tuesday night during dead week, we went with water and milk oolong, which came with an adorable jar of honey and a cute, loose leaf teapot.

We ordered two dishes and two desserts for the table to share.

The Heirloom Greek salad was a feast. The juiciest and most colorful heirloom tomatoes and bright cucumbers were chopped chunkily with crumbly feta, olives, thinly sliced bell peppers and onions. The feta was the mildest feta I ever had, which I absolutely prefer over the pungent ones I get from the store. The loudest flavor came from the olives, with their very classic perfume-y and sharp taste. I thought the dressing was light, slightly tangy and brought out the beautiful simplicity of the vegetables while also reducing the natural spiciness of the onions. Although the individual vegetables were impressively presented, overall, the vegetable ratio was the most disappointing — we would have appreciated more basil.

Next, we ordered the Kebab Combo, which came with rice pilaf, fattoush salad, a generous scoop of toum and pita bread, as our entree. The toum was addicting and had the most perfect slap of garlic. The pita bread was more like pita chips  —  very crispy and dry. The Kebab Combo had the most succulent and tender meat that melted with every bite. I would love to enjoy this again.

We ended the night by spending a hot minute deciding what dessert to get, but we ended up choosing both the gluten-free chocolate cake and the baklava. The chocolate cake was fudgy and served with a scoop of McConnell’s sweet cream ice cream, which had a bright, cold flavor that worked so well. But, the mint decor felt wasteful and did not really compliment the rich chocolate or creaminess of the ice cream. 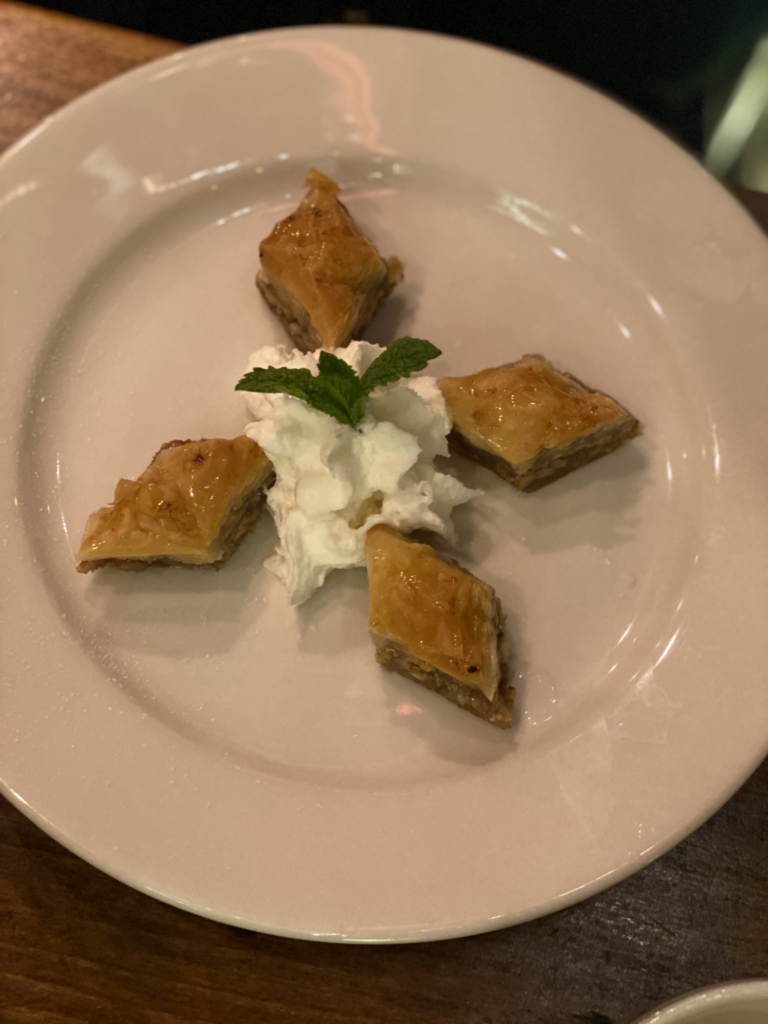 The baklava had a stunning cross-section — I loved the presentation and layers. It was perfectly moist and sweet but not sticky. However, whipped cream, mint and baklava were a strange combination, and I would prefer to eat baklava by itself next time.

Between the two of us, we spent about $90 excluding tips. It was worth every penny. We took home lots of leftovers, and I hope to come back again to bask by the fire pit.