The Daily Nexus
The Daily Stench
Students Give Up Democratic Rights to Escape CALPIRG
March 31, 2022 at 4:20 pm by Lucas Bricca 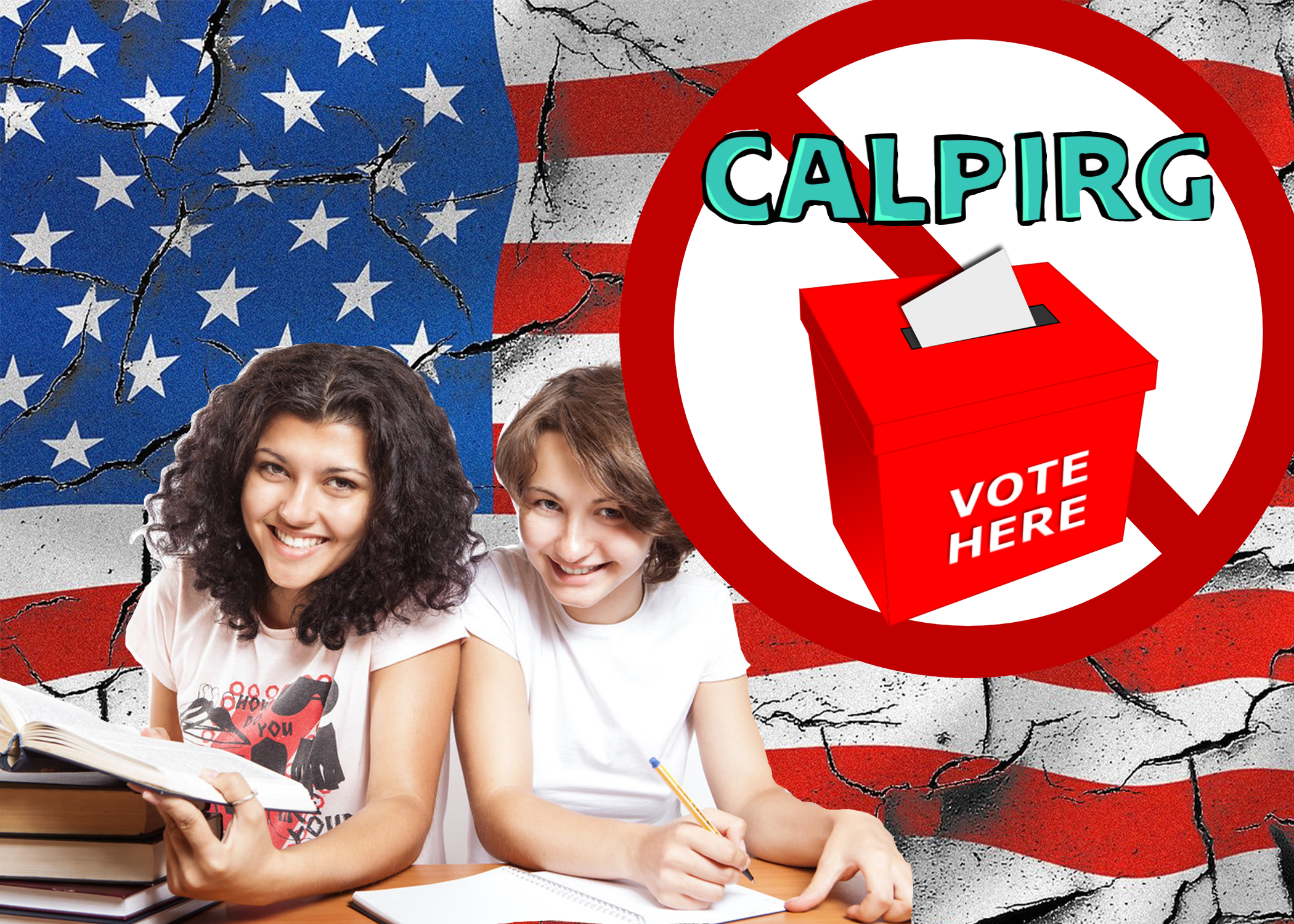 “Hi, are you a registered voter in California?” Few UCSB freshmen expect that such an innocent question can quickly lead to several minutes of your precious time sucked away by pesky CALPIRG signature-seekers. So, rather than the usual responses to The Question, such as “I’m minding my business get out of my sight” or “I have my headphones in and I’m clearly late for class, please never ask me again,” a new wave of Gauchos are opting to forfeit their right to vote so they can feel good just saying no.

“It just sounds like such B.S. to be like, ‘No, I’m not a registered voter,’” said Cathy Wang, a junior at UCSB who has decided that her vote in the 2024 presidential election will probably end up lost in a recount anyways. “So, I just revoked my voter registration, and now I don’t have to feel bad about lying.”

Andrew Higgins, leader of the Gauchos Against Suffrage (GAS) movement, explained the surprising empowerment he feels after sacrificing his right to vote.

“Honestly, I feel invincible walking through the quad,” Higgins said. “Even though I’ve given up my rights, I feel freer than ever.”

As the hashtags #GauchosWithoutRights and #CALPIRGThisDick soar to new heights on Twitter’s Trending page, CALPIRG held a press conference to address their annoying and invasive ploy to get signatures.

“The students know it’s for a good cause, right?” CALPIRG spokesperson Pancy Nelosi remarked in Wednesday’s press conference. “These are issues that really matter, and also, if we don’t get enough signatures, my boss will be really upset with me so if you guys could just sign the petition on expanding public housing on your way out, and there’s also one for green energy underneath it if you have the time — we just need your signature and the county you’re registered in — it would really mean a lot.”

It seems the only group that stands to benefit from the situation is the A.S. Elections Board, which anticipates a groundbreaking 25 votes in upcoming elections.

“It seems like all the students who can’t vote in-state or in federal elections anymore are finally turning towards local issues,” President Yuval Cohen reported. “It’s really heartwarming to see this kind of turnout.”

It remains to be seen whether CALPIRG will take the hint and stop swarming students with forms. At this rate, Santa Barbara could become a completely politically inactive county by Fall 2023 — meaning CALPIRG will have to either move out or hire someone really good at forging signatures.

Lucas Bricca hopes for a challenging and transformative experience during his CALPIRG internship this summer.