Members of the UC Santa Barbara student community are looking forward to the return of Deltopia — an annual unsanctioned party in the streets of Isla Vista that occurs annually during the first weekend of spring quarter. 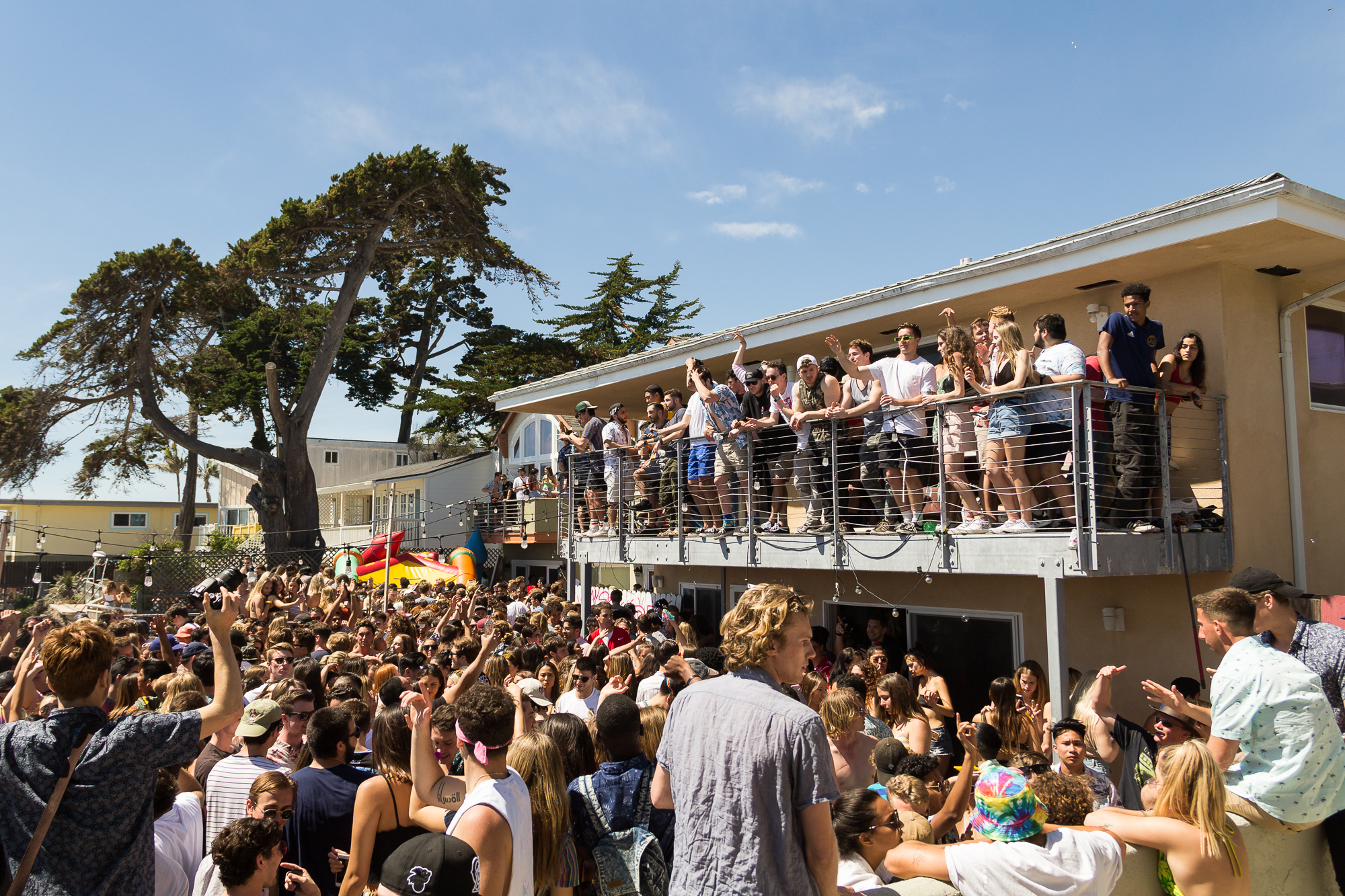 This year’s Deltopia will be the first at full capacity since the beginning of the COVID-19 pandemic, though a smaller crowd of students still partied on Del Playa during the first weekend of the quarter in 2021. Now, many first-, second- and third-year students will be attending their first Deltopia this year.

“This whole weekend is reserved for not being sober,” Johnson said.

She attended Deltopia during her freshman year — the only words with which she could describe it being: “It was really fun. I don’t remember it super well.”

Johnson happened to work as a Community Service Organization (CSO) officer that year and helped escort people home when she herself was not partying during Deltopia weekend.

“It was fun walking people home, like drunk people,” she said. “They’re funny.”

Fourth-year global studies major Angelica Cedillo said she plans to travel home to the Los Angeles area during the weekend of Deltopia rather than participate in the annual party.

Cedillo said she did not attend Deltopia her freshman year on campus and could not partake in the event for the two years that followed due to the pandemic.

“It’s just super interesting to see people from L.A. back home and just really random people all know about this event. There’s people I know in L.A. who are a lot older than me, in their thirties, who have been to Deltopia, but I haven’t,” Cedillo said.

Cedillo, who lives on Del Playa Drive, said all of her housemates plan to party for Deltopia. Nonetheless, she said that she doesn’t feel like she has missed out the experience by not attending.

“I just feel like it’s a big party, kind of the same thing as always, just a lot bigger with more people from all over the place.”

Jakob Kaare-Rasmussen, a third-year biology major in the College of Creative Studies, echoed a similar sentiment.

“It sounds like it’s just a bigger weekend. This happens all the time here, it seems. Every weekend there’s parties, and this just seems a little more extreme than that … I hope everyone has fun.”

Kaare-Rasmussen added that he will most likely refrain from participating in traditional Deltopia activities.

“I really love walking down DP on party nights. I think it’s so much fun to watch what happens, but I don’t go to any parties.”

Fourth-year statistics and data science major Christopher LaBord lives in a house on the 6800 block of Del Playa Drive and intends to open his home to the public as part of the festivities.

“We’re definitely going to be having something, probably an open house. We’ll have the hot tub going and probably have some alcohol,” he said.

As a transfer student, LaBord said this marks his first year at UCSB with fully in-person instruction and his first Deltopia experience.

His perception of the event was shaped by a story narrated by his friend who graduated from UCSB.

“I’ve heard it’s pretty wild,” LaBord said. “He told me that during Deltopia, he was in somebody’s house in the kitchen. They’re on the table, and a girl fell through the skylight onto the table.”

Fourth-year computer engineering major Kyle Kam said he looks forward to traversing the streets of Isla Vista this weekend, to “just experience Deltopia and [go] to as many parties as possible.”

Kam last experienced Deltopia in 2019 as a freshman and described it as a “crazy” and “fun” experience.

“It was a lot of firsts for me on that day,” Kam said.

Deltopia brings an increased police presence throughout the college town, as well as parking restrictions, fencing, road closures and restrictions for students living in campus housing.

“I think, of course, there needs to be some sort of safety precautions because there’s people coming in from out of town as well,” Kam said. “I don’t have a fully formed opinion on police presence in I.V., but I do think there should be some general safety precautions given the amount of people out partying at one time.”

Johnson, on the other hand, expressed that the heavy police presence seemed to add to the chaos that arises during Deltopia.

“At least from my experience with CSO freshman year, it seemed like all of the police officers that they’re bringing from out of town were expecting a lot to happen that they would have to deal with, and I feel like they end up escalating situations because they expect bad situations,” Johnson said.

However, Johnson also expressed her support for certain restrictions, such as closures of the beach.

“It’s really sad that the beaches are closed off, but I understand why,” she said. “They don’t want drunk people to go in and drown, and I feel like that will happen if they don’t close off the beaches.”

Johnson also expressed her excitement to see the event return at full capacity to Isla Vista after her freshman year experience.

“I think it just met my expectations,” she said of her first Deltopia. “Everyone was just partying. It was really fun. It was really nice to see everyone together.”

christopher LaBord is looking to get evicted. good luck buddy

ur an idiot
Reply to  IVIV