On March 5., the fourth day of the Santa Barbara International Film Festival, nine producers behind this year’s Oscars nominees gathered for the Producers Panel. Although most of these creators’ names were unknown to the wider public, almost a third of the sizable Arlington Theatre was filled with an anticipating audience. 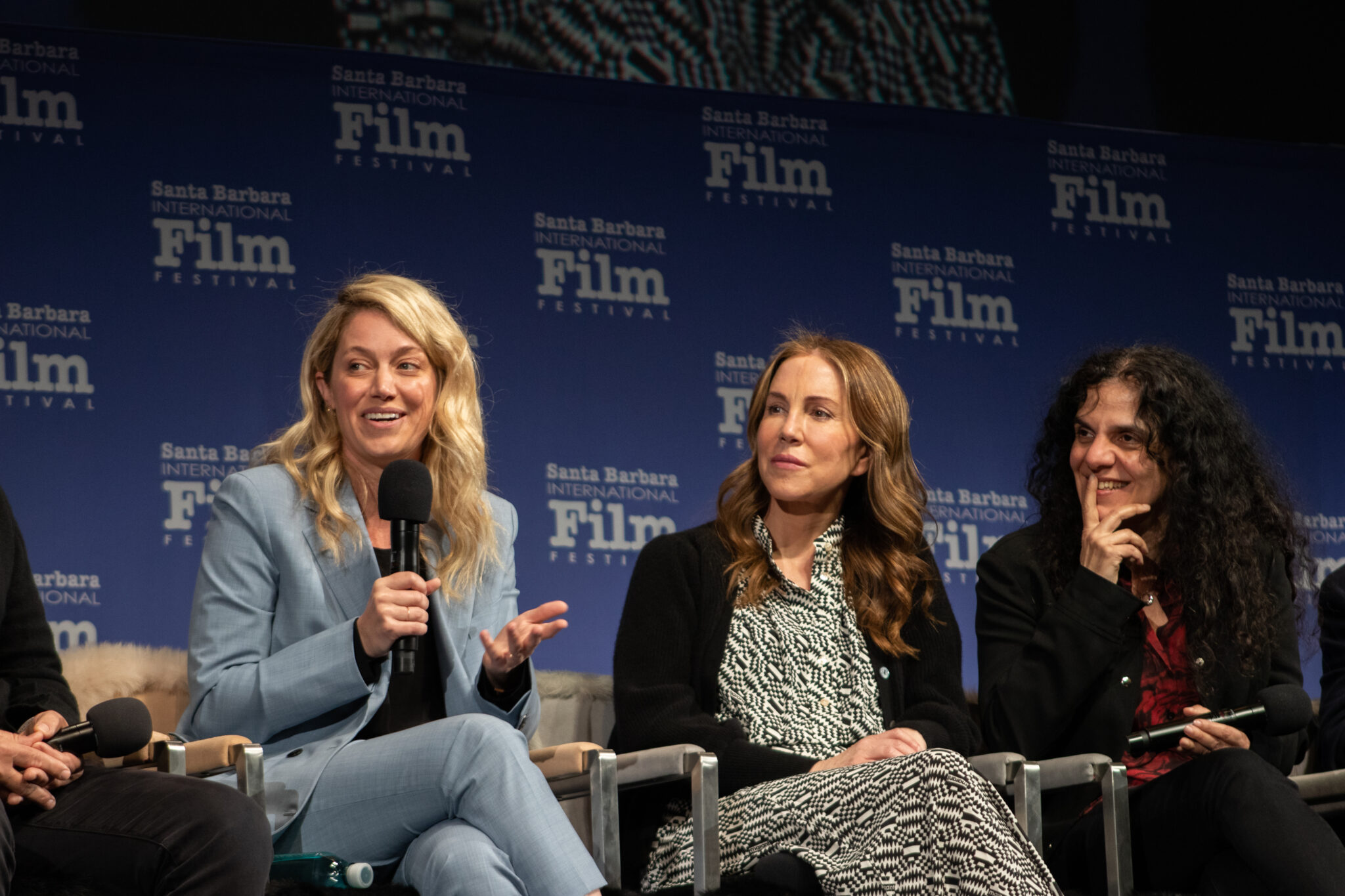 Sarah Murphy, the producer of Licorice Pizza had some amusing anecdotes from the film set to share (Ewa Zakrzewska / Daily Nexus)

The panel was hosted by Glenn Whipp, an entertainment columnist for Los Angeles Times, and the event focused on the producers’ achievements regarding their Academy Awards-nominated movies, and questions about the state of the industry.

A recurring theme throughout the panel was the role that the COVID-19 pandemic has played in getting these movies onto the silver screen. Almost half of the productions were released in a hybrid version: both in theaters and on streaming platforms. One of the most vocal figures on this topic was Parent, a Santa Barbara native and the producer of “Dune,” with a portfolio that includes other high-budget productions such as “The Revenant” (2015) and “Pacific Rim” (2013). She said that going hybrid is only a temporary solution to a “tricky time,” and that the release of “Dune: Part II” will be in theaters only. Seghatchian, the producer of “The Power of the Dog,” expressed that as the pandemic eases off, she has a strong belief that audiences will be back in theaters. “The Power of the Dog” was first released on Netflix but got rereleased in cinemas after receiving significant award hype. She said that it is only a question of time before theaters are blooming again — the turnout of the panel being a testament that people still long for an in-person experience and an intimate interaction with cinema. 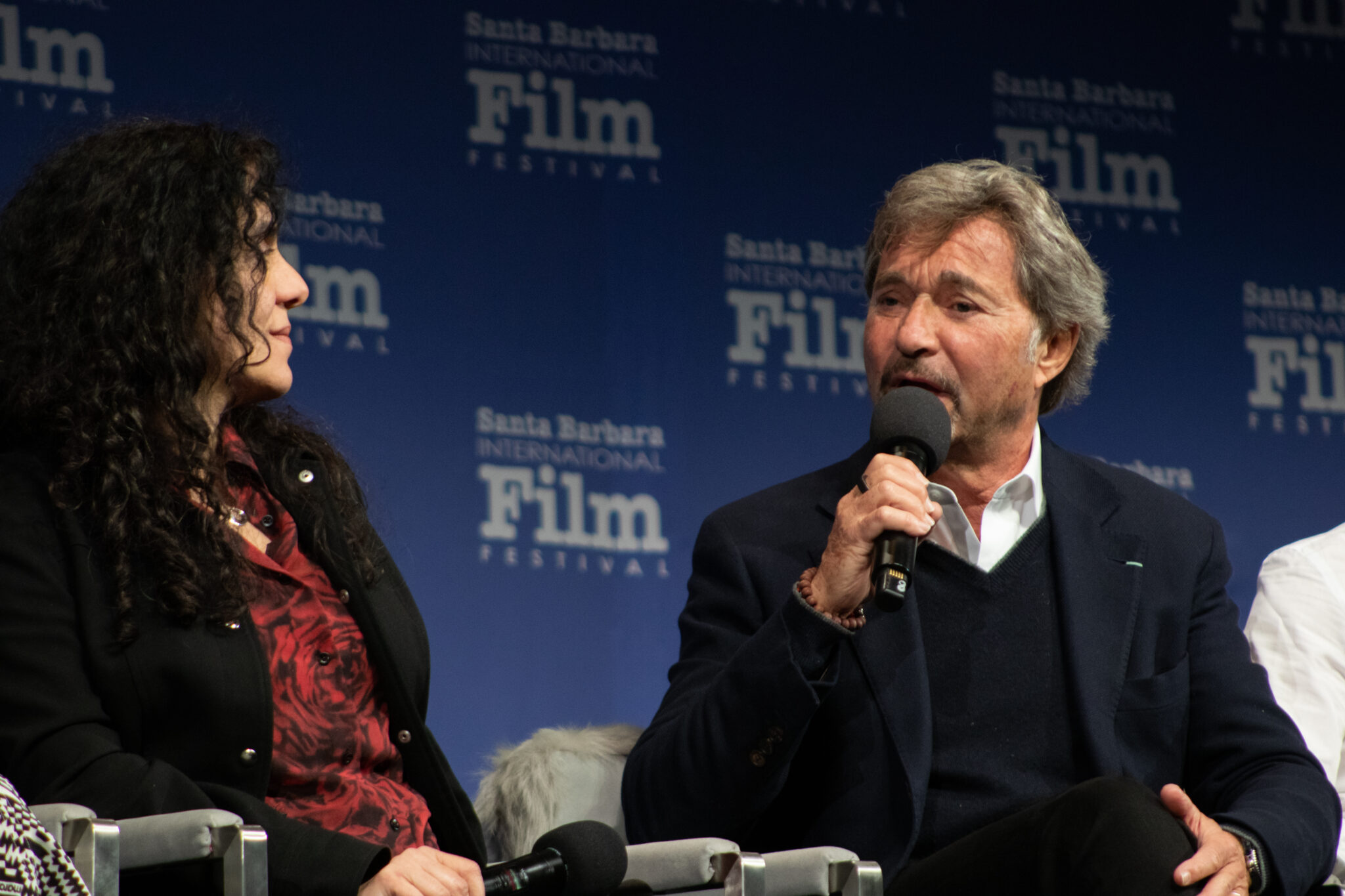 Tanya Seghatchian (The Power of the Dog) and Patrick Wachsberger (Coda) discussed the difficulties that sometimes come with obtaining film rights. (Ewa Zakrzewska / The Daily Nexus)

The panelists also discussed the controversies surrounding this year’s 94th Oscars. Coming off its lowest-rated award show, the Academy has decided to present eight awards — which include categories such as Best Documentary (Short Subject), Best Film Editing and Best Original Score —  before the telecast. Dale commented that filmmaking is a collaborative experience and that opting out of giving credit to some of its most creative creators is a disappointing decision. He expressed that the show is supposed to celebrate great movies and the people that make them, a sentiment shared by the host who observed that the Oscars is like the film version of the Super Bowl — and people rarely complain that the Super Bowl is too long. Even though there was collective disappointment among the panelists about this development, there seemed to be a partial consensus that the show must evolve to be economically sustainable. 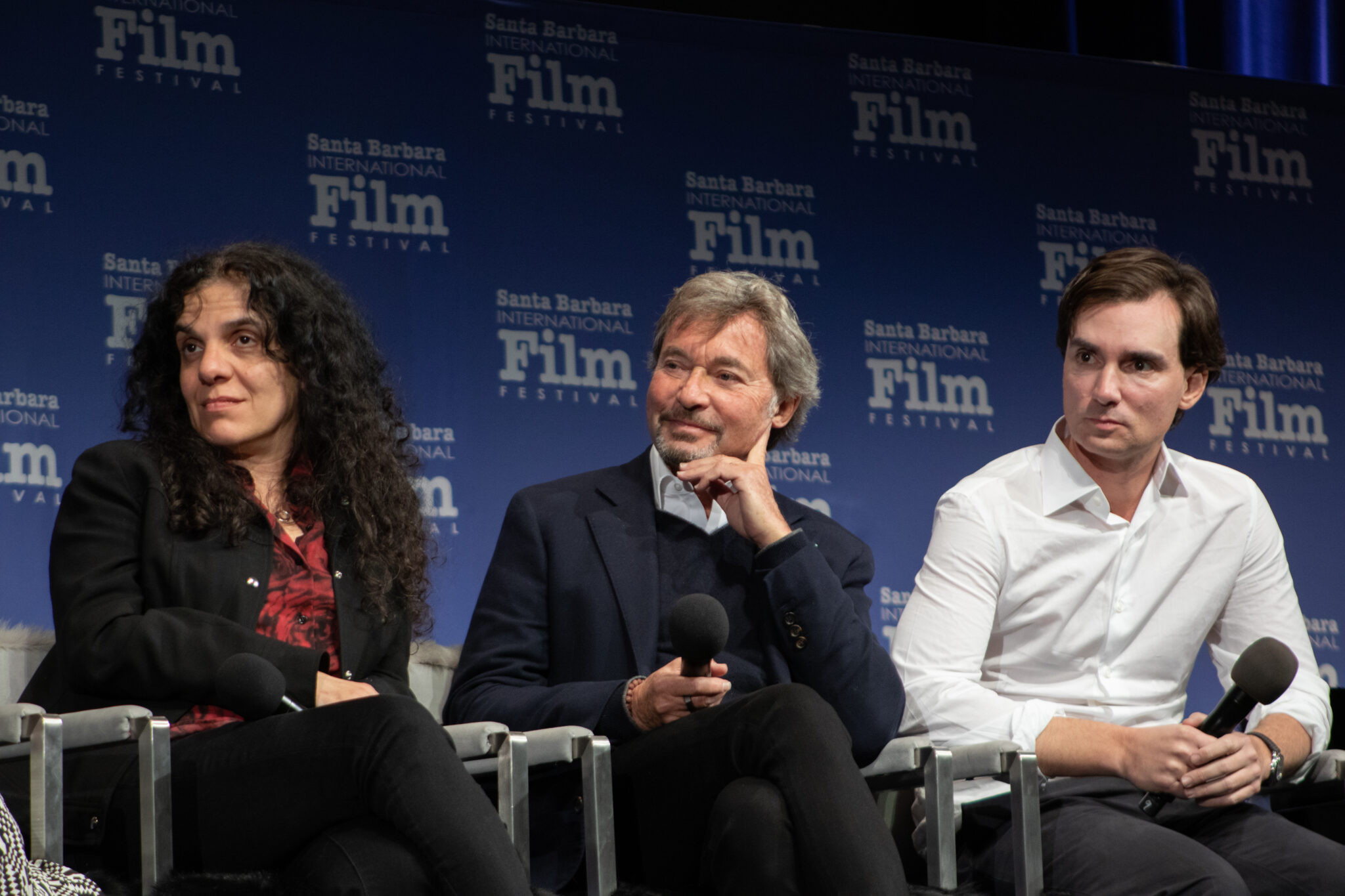 Aspects of filmmaking that audiences do not often get direct insight into were highlighted during the panel, such as budgets, creating viable schedules and legal issues. Revealed inside information included: the second part of “Dune” was not confirmed until the first part’s opening weekend, Paul Thomas Anderson wrote the role of Alana in “Licorice Pizza” with Alana Haim in mind and the script of “Don’t Look Up” received rejections from several big studios due to its polemic ending.

Current affairs were also brought into the discussion when Messick, who produced “Don’t Look Up,” shared that a chef in Ukraine had expressed how deeply touching and relatable the ending of “Don’t Look Up” was to him. When the siege of his city in Ukraine started and Putin’s bombs started falling down in the distance, he sat down and simply had some borscht, evoking the sentiment from the movie’s ending. Knowing that nothing else could be done, he found some comfort in that thought, Messick explained. Messick also emphasized that the realism of the climate crisis/COVID-19 analogy in the project was strengthened by the fact that no one came in to save the planet at the end of the day. 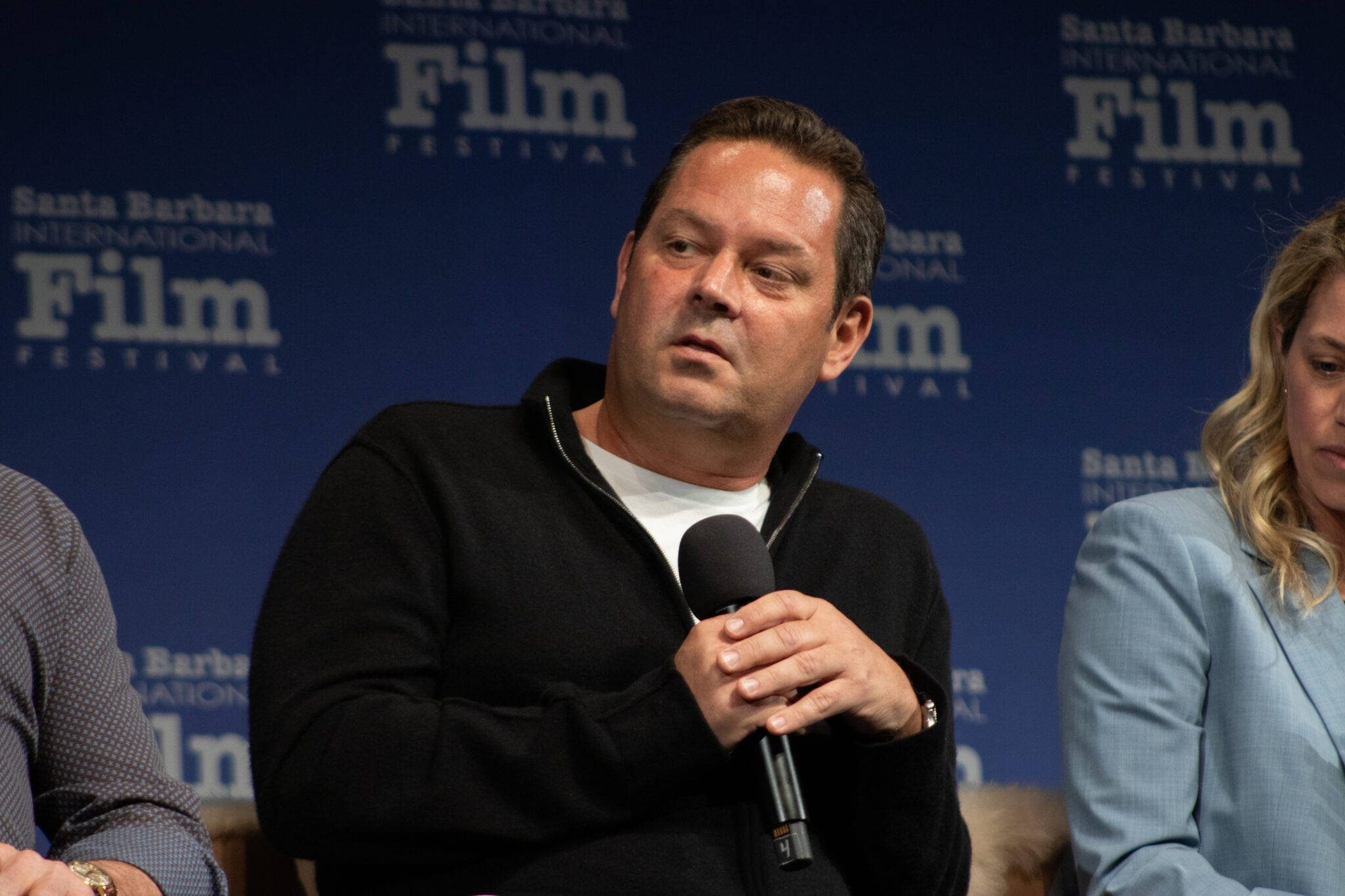 Kevin Messick, the producer of Don’t Look Up. (Ewa Zakrzewska / The Daily Nexus)

“Actors get all the glory, directors get the credit, what do you get?” was a question posed by the Los Angeles Times columnist that clearly amused the audience, but the responses from the panelists were quite serious. Seghatchian said that it is a privilege to be doing what they do. White added that movies “bring the world together,” and that the long and lonely process of creating a movie when the odds of it getting made are often low is worth it when you can see people coming together. 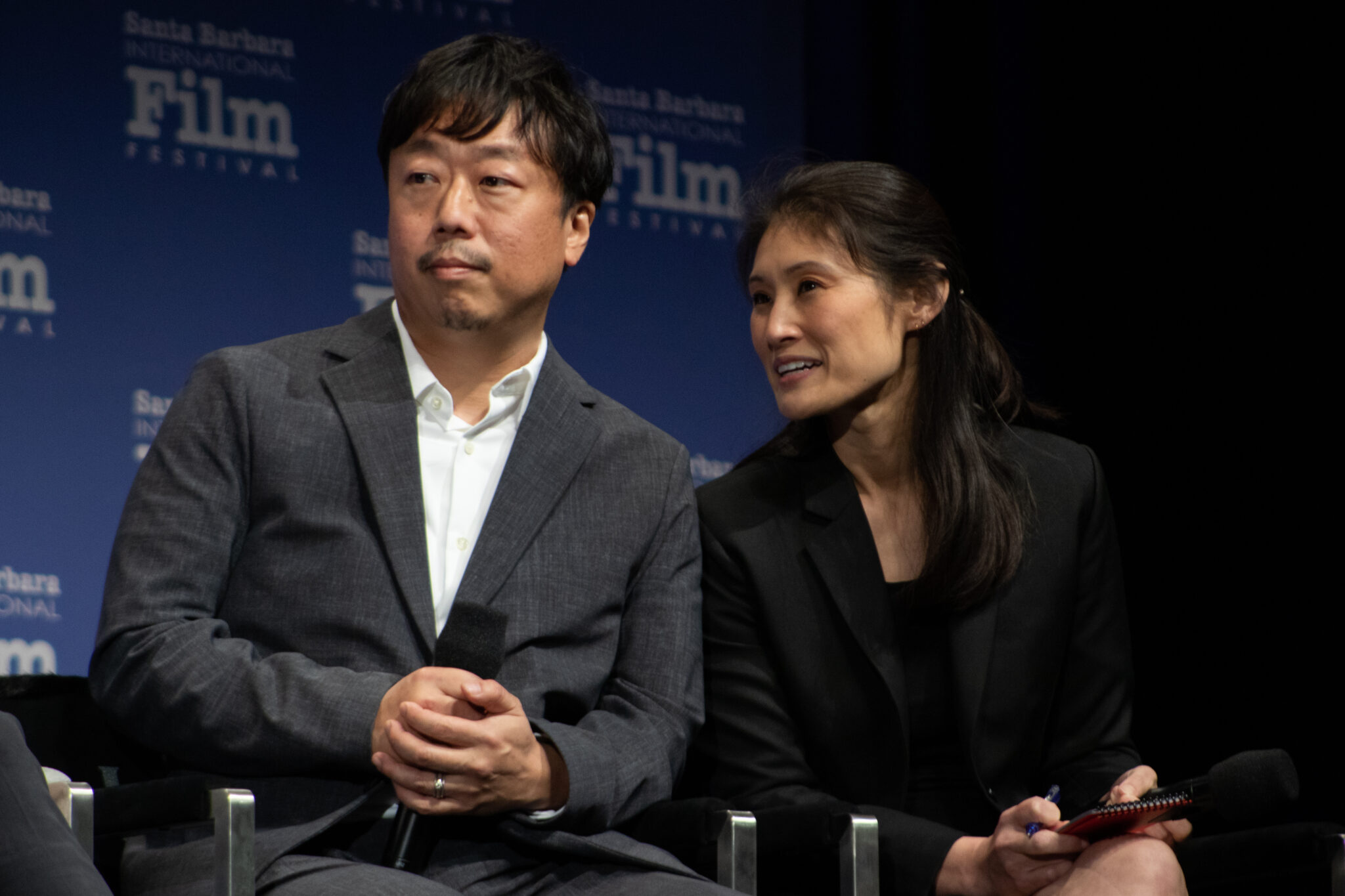 Teruhisa Yamamoto, the producer of Drive My Car, was there with a translator. (Ewa Zakrzewska / Daily Nexus)

Whipp wrapped up the discussion by asking more personal questions about the profession. As for advice for any budding producers, Wachsberger shared that the most important thing is to not give up. Parent built upon this sentiment by commenting that not shooting yourself in the foot is as vital as getting something made. “Take in the information about why you are not moving forward and learn, but be relentless,” she said, cautioning any aspiring producers against quixotic behavior.