The Daily Nexus
News
Nonprofit Pitches To Transform Inactive Offshore Oil Platform Into a Lighthouse and Site for Marine Life Growth
February 25, 2022 at 8:22 am by Jacob Davis 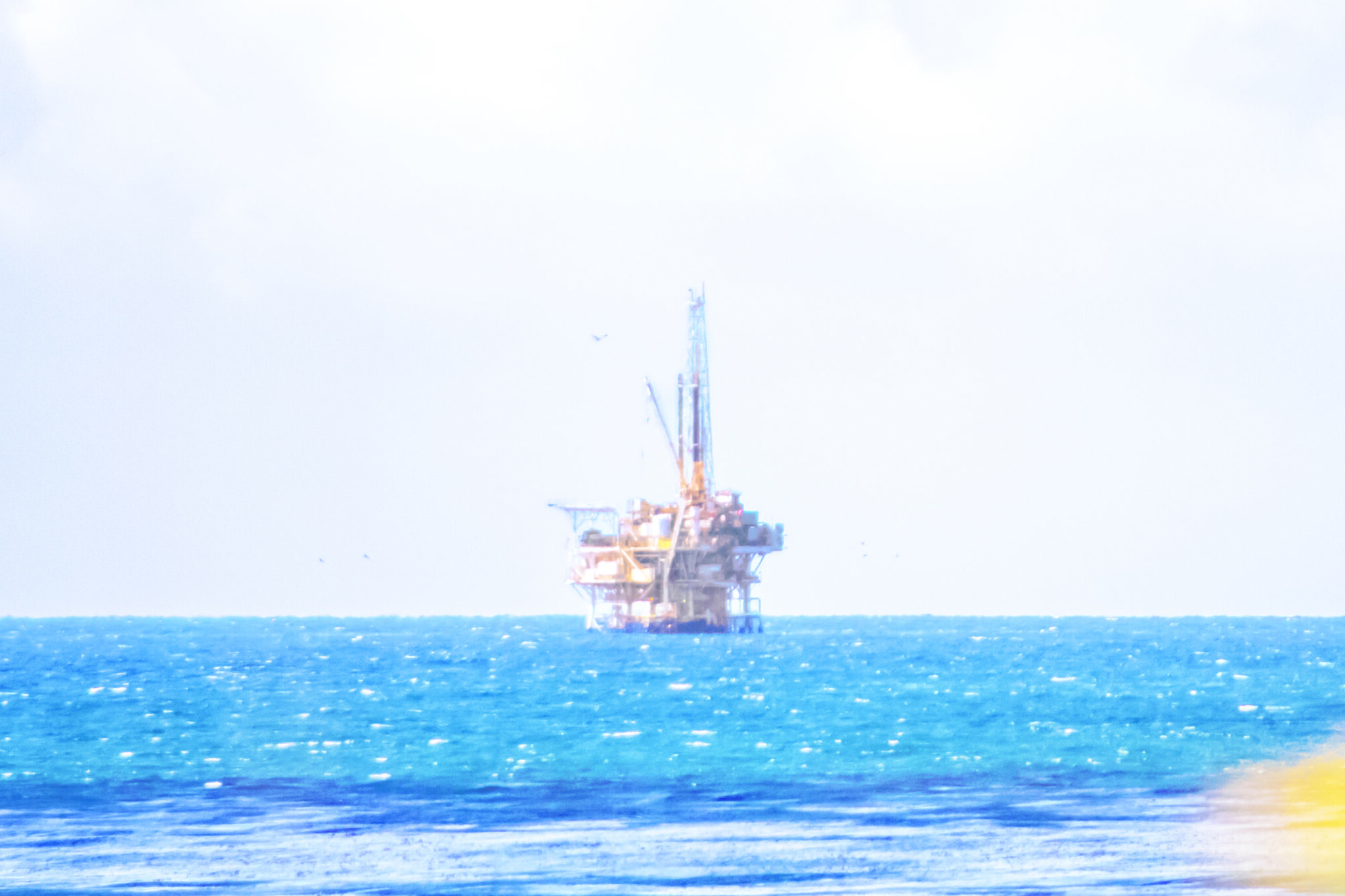 The platform’s structure would be used as a base for both a lighthouse and an undersea rock mass used to promote marine life growth. Mark Alfred / Daily Nexu

Platform Holly is one of six oil platforms off the coast of Santa Barbara. The platform was permanently shut down in 2015 and is in the process of having its oil pipes filled as part of the decommissioning process to prevent oil seepage. Once the cementing process is finished, the California State Lands Commission (SLC) will decide if the platform will be removed or reconfigured.

Ryan Davis, creative director of Americas Green Corps (AGC), created the plan to reconfigure the decommissioned Platform Holly into the “Green Lighthouse” national monument back in December 2020. If approved, the platform’s structure would be used as a base for both a lighthouse and an undersea rock mass used to promote marine life growth.

The project would also simultaneously mitigate oil seepage and promote healthy aquaculture that could be studied by researchers at UC Santa Barbara while furthering California’s commitment to 100% renewable energy, according to Davis.

Currently, Davis is in the midst of continuing his push for the creation of the lighthouse, including meeting with the office of Governor Gavin Newsom to propose the lighthouse. The office declined to provide a comment to the Nexus but acknowledged that the presentation was made.

The newest development, Davis said, is a video pitch created by the team’s creative group that succinctly outlines the project.

“The video pitch is probably the best way that we can convey the entire project to people, so we felt like that was the major focus,” Davis said.

With this help, Davis said that he and his lab group were able to refine their plans.

“We’ve also gotten further along with actually having the plan completely ironed out, like what we want to include as far as power sources will be. So we’ve got it pretty solid — it’s the sun, the wind and the sea. Those are the three primary power sources,” Davis said.

The SLC gave AGC a report on the condition of the platform prior to moving forward with the project to ensure that the platform would be a stable base for the lighthouse and rock mass.

“This [platform] left by itself could still be sitting there 100 years from now,” Davis said. “So we’re ready now to go ahead and have our UC lab group take the next step, which is to receive the funding that’s going to be required to start putting the pieces together.”

Davis reached out to UCSB students to be part of a lab group that would act as a paid internship and would allow them to offer their help in the creation of the lighthouse and rock mass.

“We have connected with some undergraduate students that have different interests. Some of them are involved in electrical engineering. Some of them are interested in data science, environmental science, marine biology and we ask them to contribute what they can to be part of the project,” Davis said.

Davis hopes to acquire financing for the project through website donations and from  California industry and business leaders, such as the Bezos Earth Fund and Breakthrough Energy coalition.

“We thought that other members of California, families or families [from other states] might be interested in having a hand in contributing to it,” Davis said. “We thought this was a unity story, where a community would come together and manifest this project.”

The oil pipes under the seabed are still in the process of being filled and are projected to be complete between late 2022 and early 2023. From there, the SLC will make a decision on the future of Platform Holly — whether it will be completely removed or if AGC’s lighthouse will become a reality. According to Davis, estimates from his team give a timeline of five years for the completion of the “Green Lighthouse” after approval and the laying of the first rock.