The Daily Nexus
News
Proposal To Turn Platform Holly Into a “Green Lighthouse” Gathers Community Support
October 13, 2021 at 10:00 am by Sindhu Ananthavel

The nonprofit organization Americas Green Corps created a proposal to transform the abandoned oil platform, Platform Holly, into a “Green Lighthouse” in December 2020 and is continuing to gather public support. 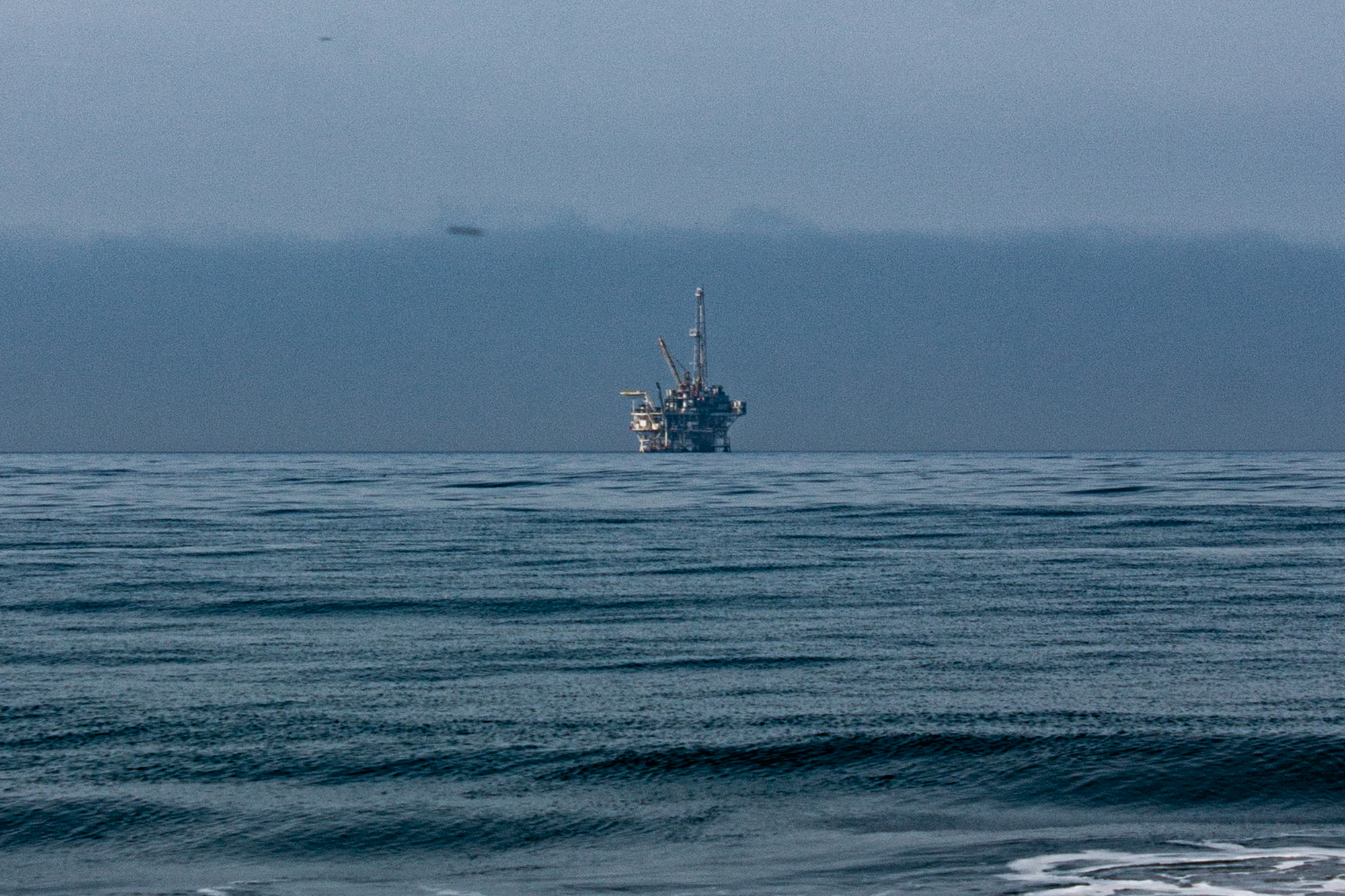 The lighthouse proposal involves placing a rock mass around the platform, then mounting a lighthouse atop it. Kaiyi Yang / Daily Nexus

The proposal outlines a transformation of the platform into a lighthouse that simultaneously mitigates oil seepage and promotes aquaculture.

Platform Holly was originally slated for decommission in 2020 after Venoco, the company that owned the oil platform, filed for bankruptcy in 2017 and turned over the platform to the California State Lands Commission (SLC).

However, the process has since stalled, and proposals for various plans of action have been presented to the SLC since then, including the “Green Lighthouse,” which was proposed to the SLC in December 2020.

The “Green Lighthouse” was conceptualized by Ryan Davis, creative director of Americas Green Corps, as a way of converting the abandoned oil platform into an ecologically useful monument.

“California committed to 100% renewable energy, so it’s quite an interesting narrative to turn an oil platform over into a wind, solar and sea-powered lighthouse,” Davis said.

The lighthouse proposal involves placing a rock mass around the platform and filling up the structure with the rock — which Davis says will likely be granite — to the top deck of the platform, then mounting a lighthouse atop the rock mass. The lighthouse will be powered by a wind-power generator.

The lighthouse has several benefits, according to Davis, one major advantage being the mitigation of oil seepage. Platform Holly is placed directly on top of an oil seep, and the constant extraction of the resource — which involved placing pressurized pipes in the Earth — caused degradation of the sea floor, resulting in oil continuing to trickle up to the surface.

“If we place a rock mass atop the seep, seep [will] percolate up through the rock mass, and that should help mitigate some of that oil sludge from making it to shore. We’re not going to stop at all, but if we can mitigate some and improve the water quality, that’s a plus,” Davis said.

The rock mass will also promote growth of aquaculture and form a new underwater ecosystem.

“[The rock mass will act as an] underwater seed for aquaculture, it’s going to become a catalyst for the growth of reefs, of whatever grass decides to take root there and of kelp. It’s 210 feet deep, so by raising the sea floor just a bit, we will allow the kelp to be able to grow from the rock mass up to the top up to the surface. That whole process should create an ecosystem as well,” Davis said.

Because of its close proximity to UC Santa Barbara, Davis said he envisions the lighthouse functioning as a “living laboratory” for UCSB researchers, who can study the aquaculture growth.

“I specifically wanted this [lighthouse to be constructed] with the support of the University of California, because I’ve thought about the research opportunities, and additional scientific opportunities that are associated with having this thing right here in your backyard.”

The “Green Lighthouse” remains a proposal, as the SLC has not decided on an official course of action yet, and other proposals have included complete removal of the structure and plugging up the lines. Davis says, however, that complete removal of the platform doesn’t allow for any possible seepage mitigation, while the lighthouse does.

“If it’s completely removed, the water quality will be as it is, and whatever damage has been done, we will continue to deal with for the rest of our lives.”

Davis hopes to establish the lighthouse as a national monument with Governor Gavin Newsom and President Joe Biden’s approval if the plan is approved by the SLC.

Additionally, to honor the Chumash heritage of the area, Davis wants to name the lighthouse the “Hutash Lighthouse” with the permission of Chumash community elders, as Hutash is the Chumash name for Mother Earth.

Currently, Davis is seeking to rally community support for the lighthouse proposal and has been holding meetings at the Santa Barbara Maritime Museum on the third Wednesday of every month at 5 p.m.

“The idea to turn this structure into a ‘Green Lighthouse’ is like a seed that we can plant into the minds of all of those who see our completed product, and they will from there imagine what else we could do with other pieces of aging or derelict oil infrastructure,” Davis said.

I wonder how much the oil companies are paying Davis to float this wonderful alternative to fulfilling their obligation to remove that trash from the ocean. What a great precedent to set for decommissioned oil rigs.

A precedence that turns an old oil derrick with a messed up sea floor into a navigational aid, thriving ecosystems, and a helps California shape the evolution of oil infrastructure into something green is actually kind of a cool precedence. Don’t hate… appreciate! Complete removal is the easy way out and is the one desired by the oil company so that they can be clear of any damage which has been done to the integrity of the sea floor. You should watch the full proposal so that you can learn more ( projectfirstlight.net ). Davis hasn’t made a single dime… Read more »

Kelp will not grow beyond 45 feet. This person’s argument is specious.

The sea floor would be raised with a rock mass that is ideal for the aquaculture reef. This will help filter the seep and create a home for all types of aquaculture–not just kelp. Try watching the video proposal at projectfirstlight.net and you will see the argument is novel and valid.