Although UC Santa Barbara is known by most as a top research university, there have been multiple alumni of the school who have made their mark on the world through athletics. This is especially true when it comes to baseball, as there are numerous professional players who once called Isla Vista home. This Black History Month, the Daily Nexus is celebrating Black professional athletes who attended and played for UCSB. 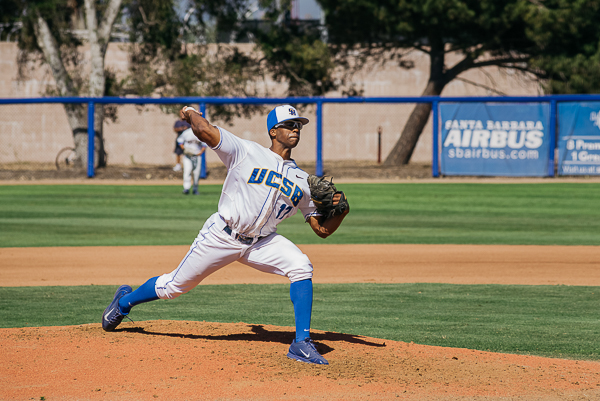 According to Baseball Almanac, there have been three Black MLB players who played college ball for the Gauchos. Erik Johnson, Quinn Mack and Dillon Tate all worked their way up the minor league ladder to make it to the big leagues.

While putting in solid years for the Gauchos, Johnson was drafted in the 27th round of the 1986 MLB June Amateur Draft by the New York Yankees. However, Johnson stayed in college for another year to increase his draft stock. In the next year’s draft, Johnson was taken in the 18th round by the San Francisco Giants.

Johnson spent most of his career in the minor leagues, playing 10 seasons trying to achieve his dream of playing in the MLB. In 1993 and 1994, his wish came true as he was called up for a total of nine games. During his time in the major leagues, Johnson got a total of 4 hits, including 2 doubles, and was able to score 1 run. After a successful and lengthy minor career, Johnson is now the EJ Sports founder and president/director of baseball player development.

After playing for UCSB, Mack went undrafted but was able to catch the eye of MLB scouts. After starting in Single-A in 1987, Mack made his MLB debut in 1994 for the Seattle Mariners.

In his five games for the Mariners, Mack was able to get 5 total hits – 3 of them doubles. Mack was also able to score once and steal 2 bases. After being sent back down to the minors, Mack continued his professional career and even had a short stint playing in Mexico.

Tate is by far the most successful Black athlete to ever play baseball for the UCSB Gauchos as a pitcher. After an extremely successful college career, Tate was considered one of the top prospects in the upcoming MLB Draft. In the 2015 MLB June Amateur Draft, Tate was selected fourth overall by the Texas Rangers.

After starting in the Rangers’ minor league system, Tate was then traded to the Yankees in 2016. Two years later, Tate was traded again, this time to the Baltimore Orioles.