The Daily Nexus
Photo
In Photos | The Nightlife of Isla Vista
February 8, 2022 at 12:23 pm by Daily Nexus Photography

It is no secret that the nightlife in Isla Vista, and its residents, are like no other. With the omicron variant limiting what students were able to achieve during the first half of the winter quarter, as well as a large number of our students studying at home, the vitality of Isla Vista was disappearing. However, now that midterm season has begun and the first week of in-person classes has just concluded, the sounds of I.V. have definitely increased. Here’s an inside look at I.V. nightlife as seen through the eyes of UC Santa Barbara students. It’s made up of a collection of stories and activities that a few of our I.V. students love doing in their spare time. These different stories and activities range from mountain parties to backyard music concerts to simply just Del Playa madness. 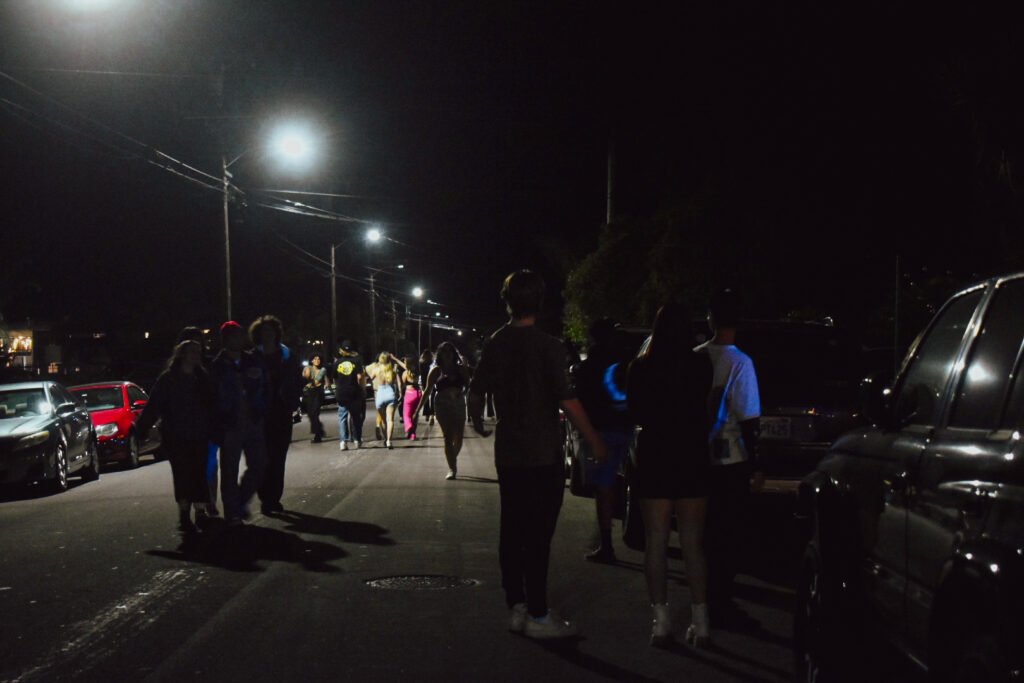 With Del Playa Drive being the most well-known “party street,” people rush to find a spot to spend much of their time enjoying themselves while others may be walking home or simply strolling through Del Playa. (Joela Rodriguez / Daily Nexus) 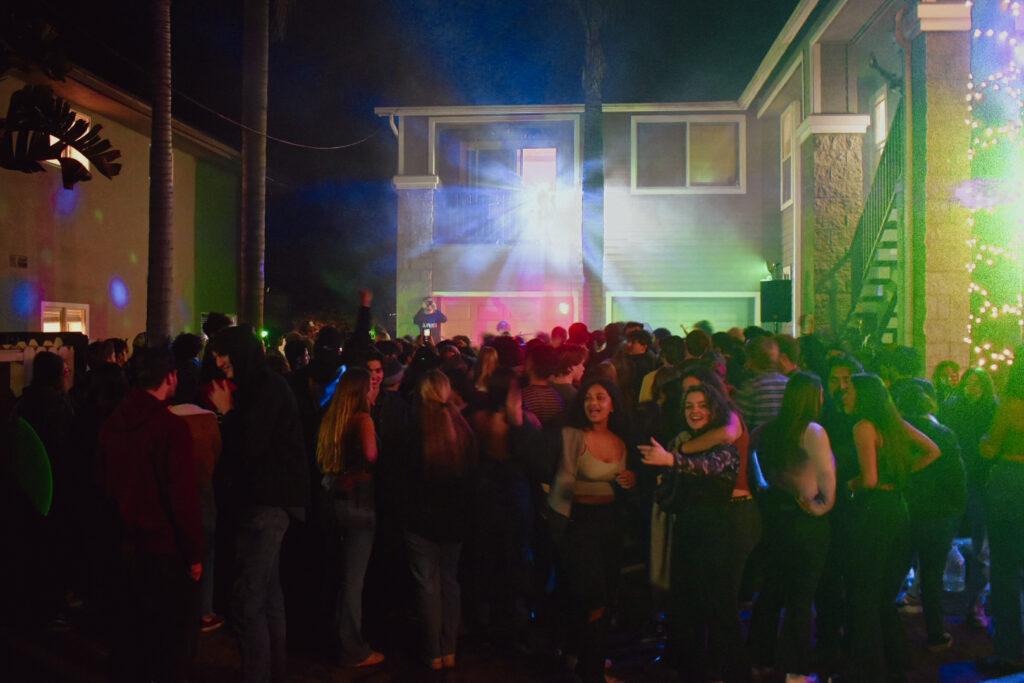 The first metal show of the winter quarter was in full flow on Friday, Jan. 28, with people enjoying the music and the company of their friends along the street of Del Playa. (Joela Rodriguez / Daily Nexus) 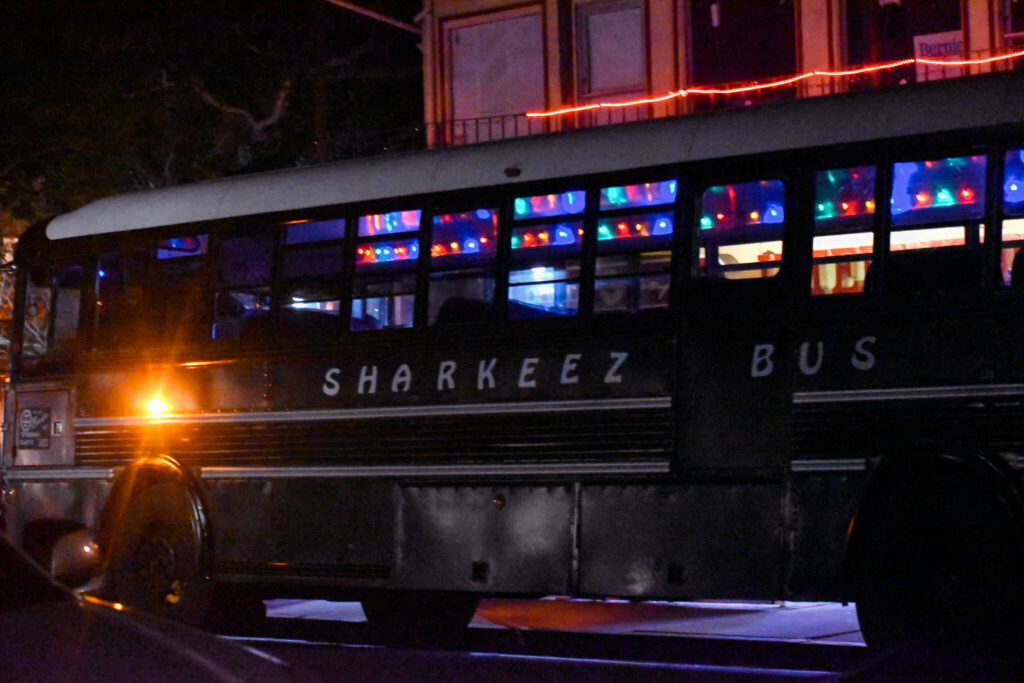 Before the storm, there’s a period of stillness. Isla Vista is calm moments before the music, screaming and laughing begin, as residents prepare to hop on Bill’s Bus and enjoy their night out. (Joela Rodriguez / Daily Nexus) 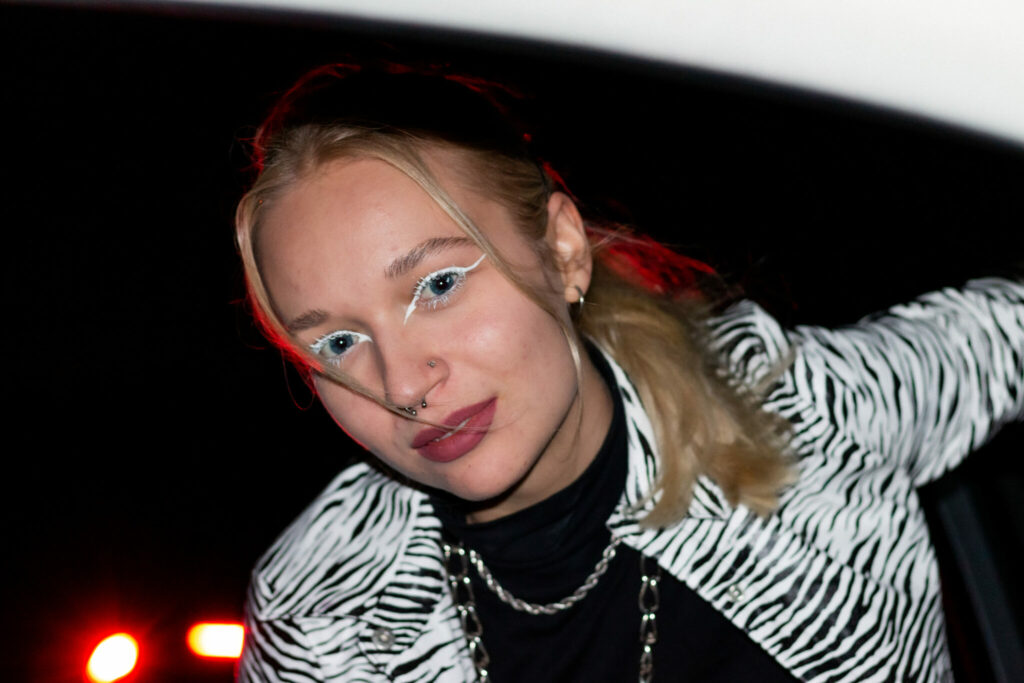 Self-portrait somewhere in the mountains. The roads to the famous mountain parties are winding and lead to unexpected places. (Ewa Zakrzewska / Daily Nexus) 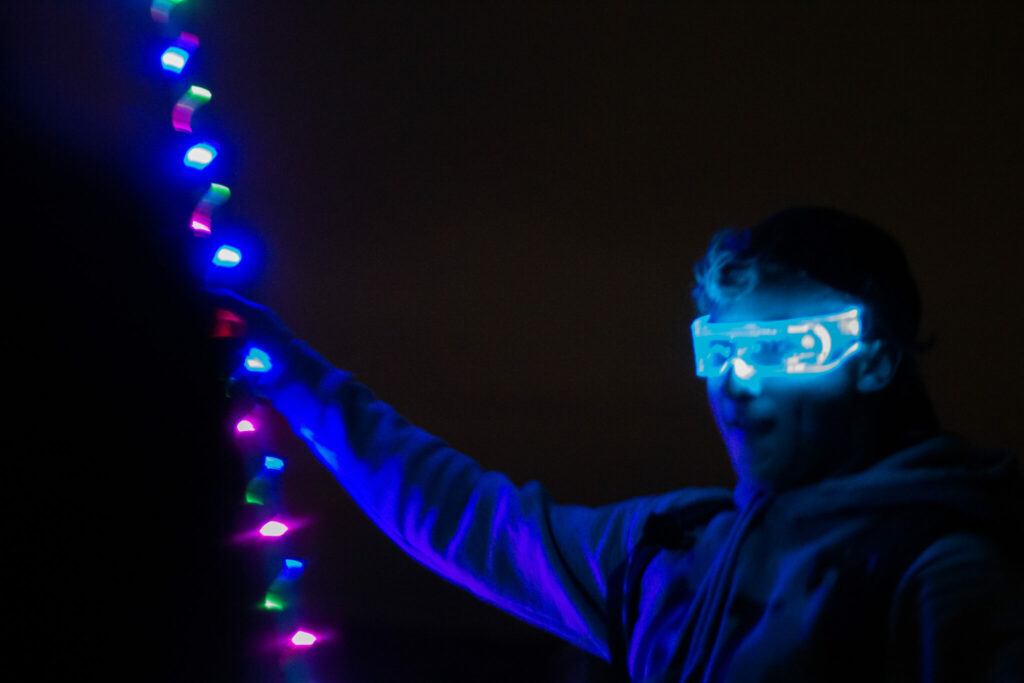 Light-up objects and funky gear are party staples when committing to a night out in the mountains. (Ewa Zakrzewska / Daily Nexus) 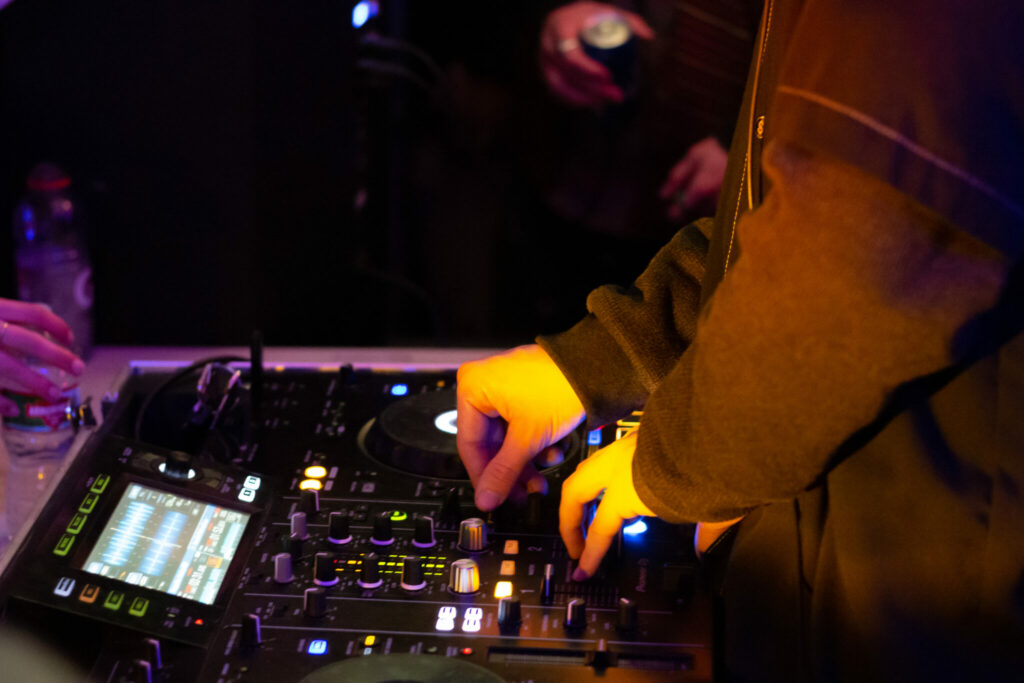 The best DJs in town gather to mix deep house and techno in the hills of Santa Barbara. (Ewa Zakrzewska / Daily Nexus) 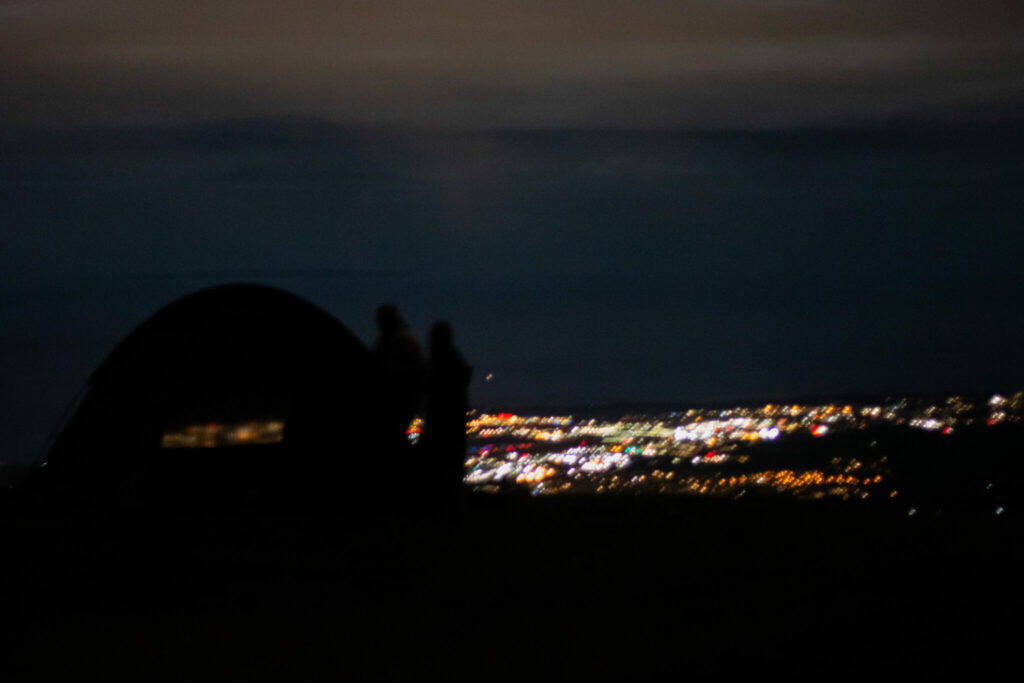 When partying in the mountains, many decide to stay overnight with a spectacular view of Santa Barbara and Isla Vista as the backdrop. (Ewa Zakrzewska / Daily Nexus) 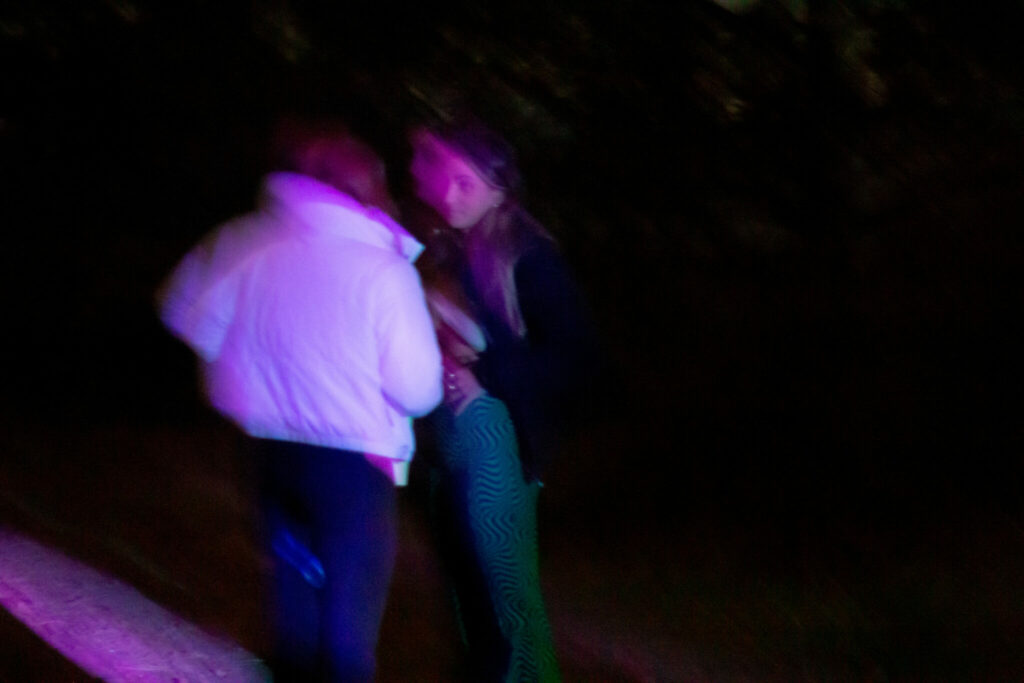 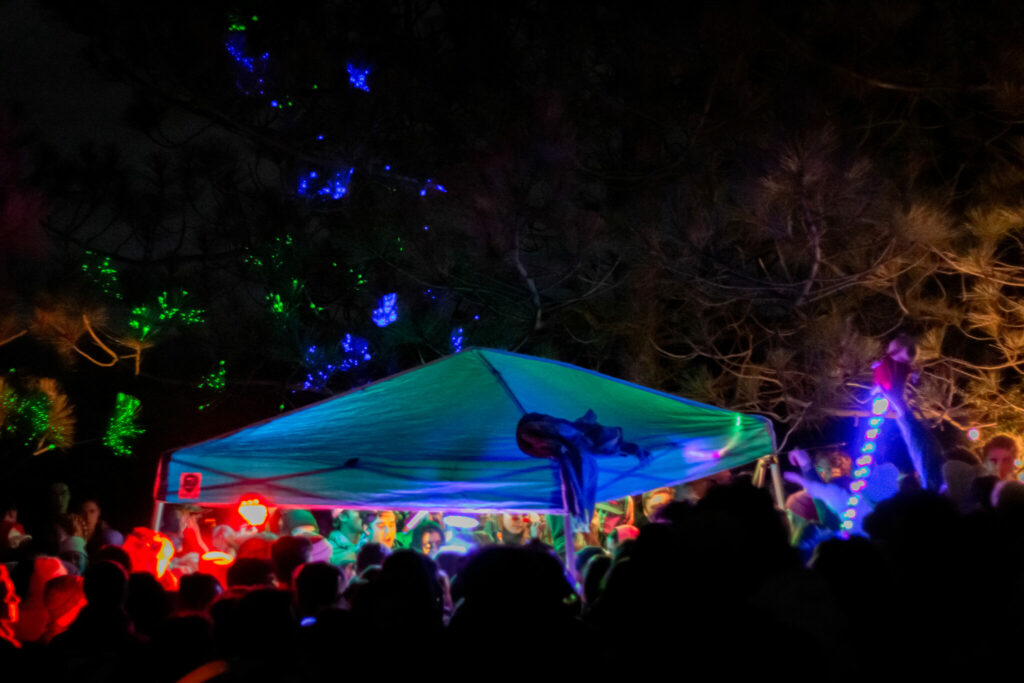 An oversight of a mountain party. (Ewa Zakrzewska / Daily Nexus) 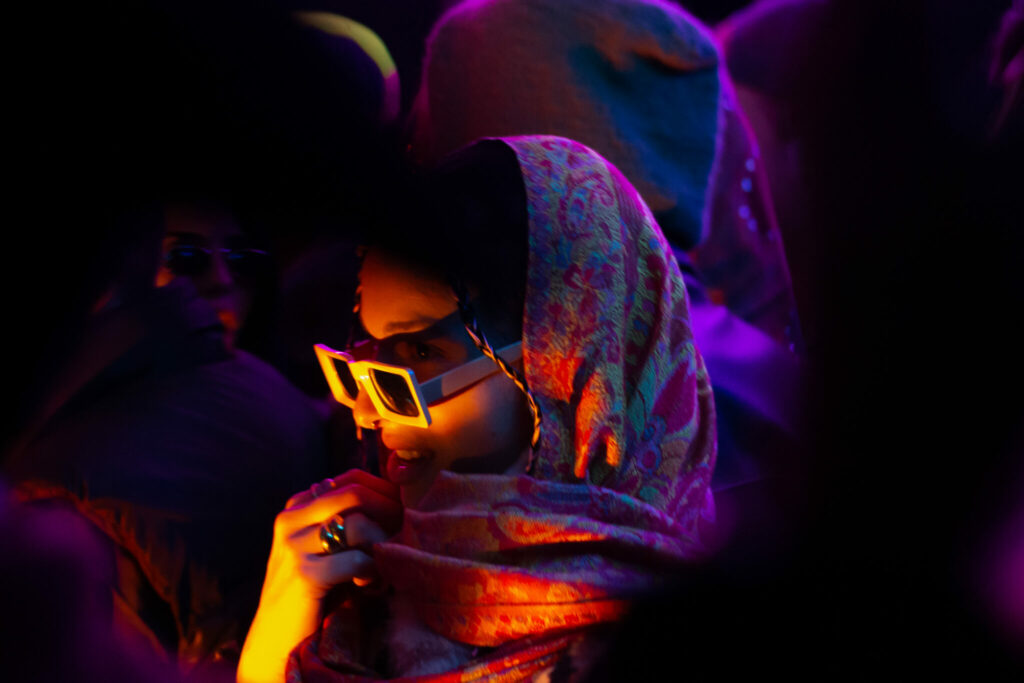 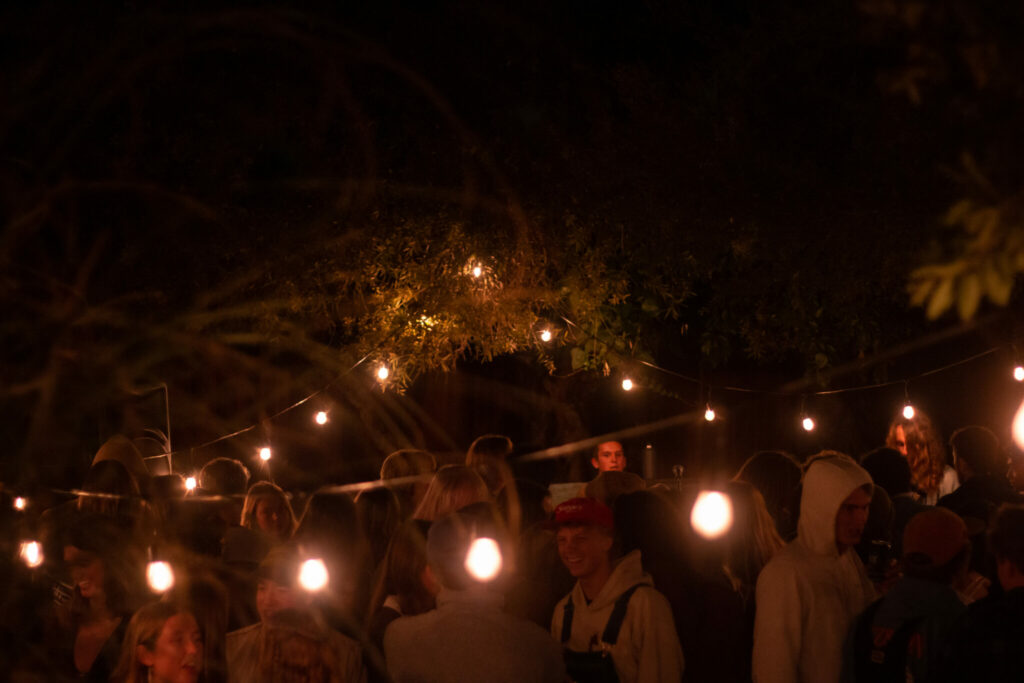 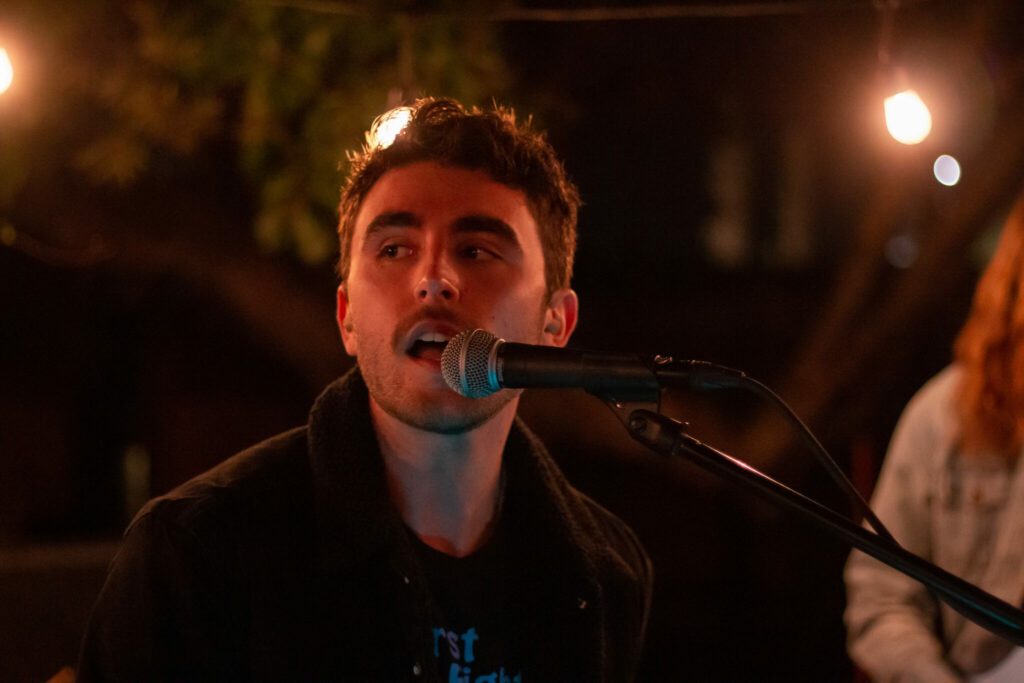 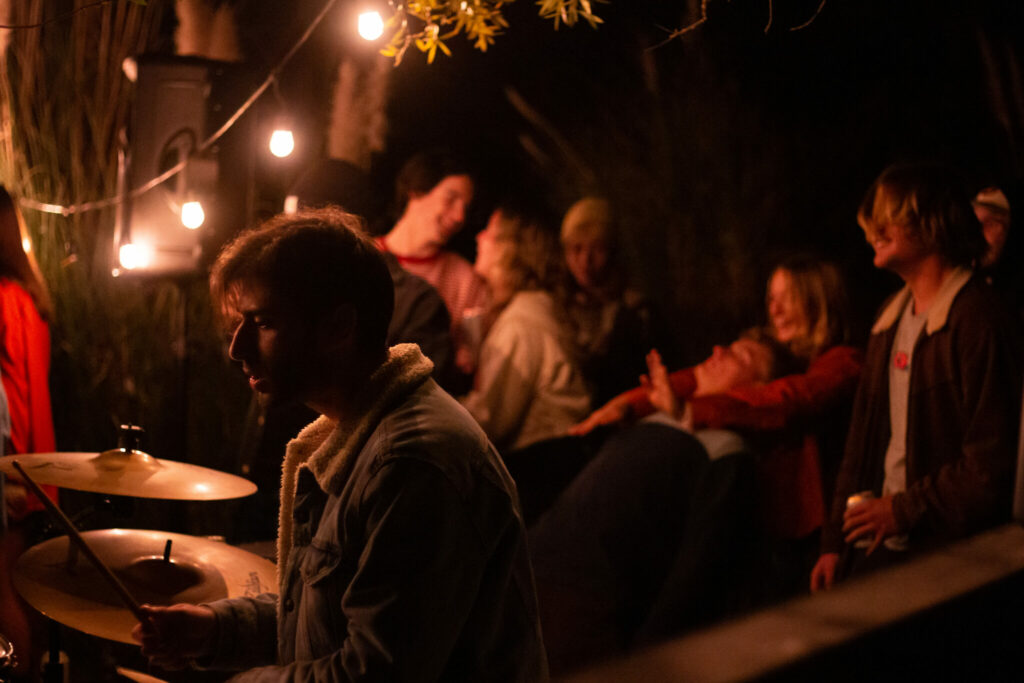 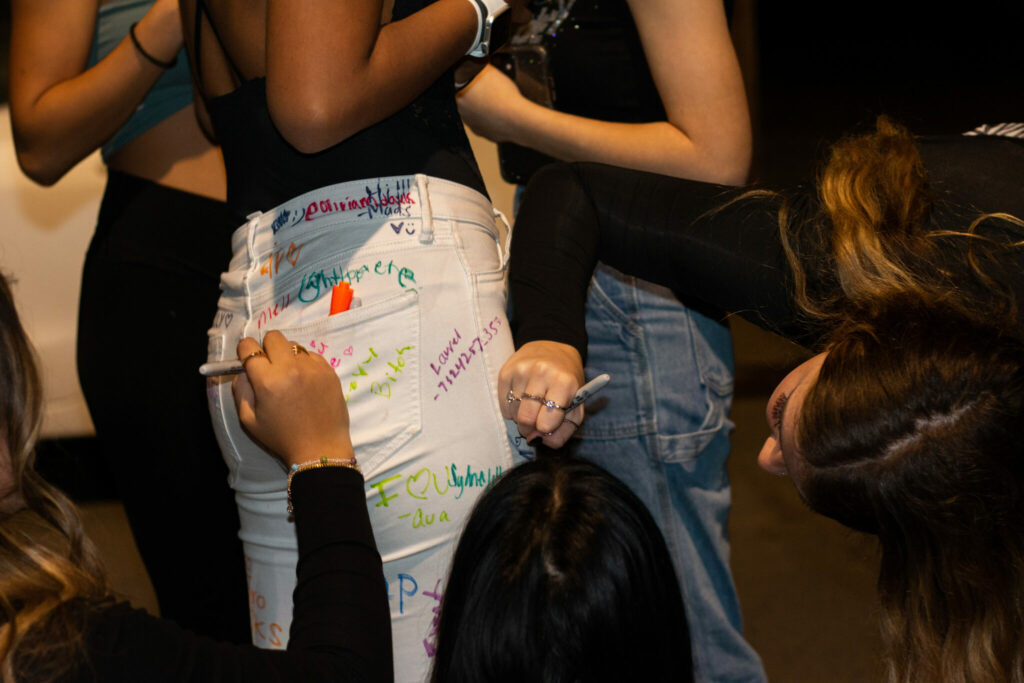 Creativity is bustling when you need to find a last-minute outfit for a Friday night outing on Del Playa Drive. (Ewa Zakrzewska / Daily Nexus) 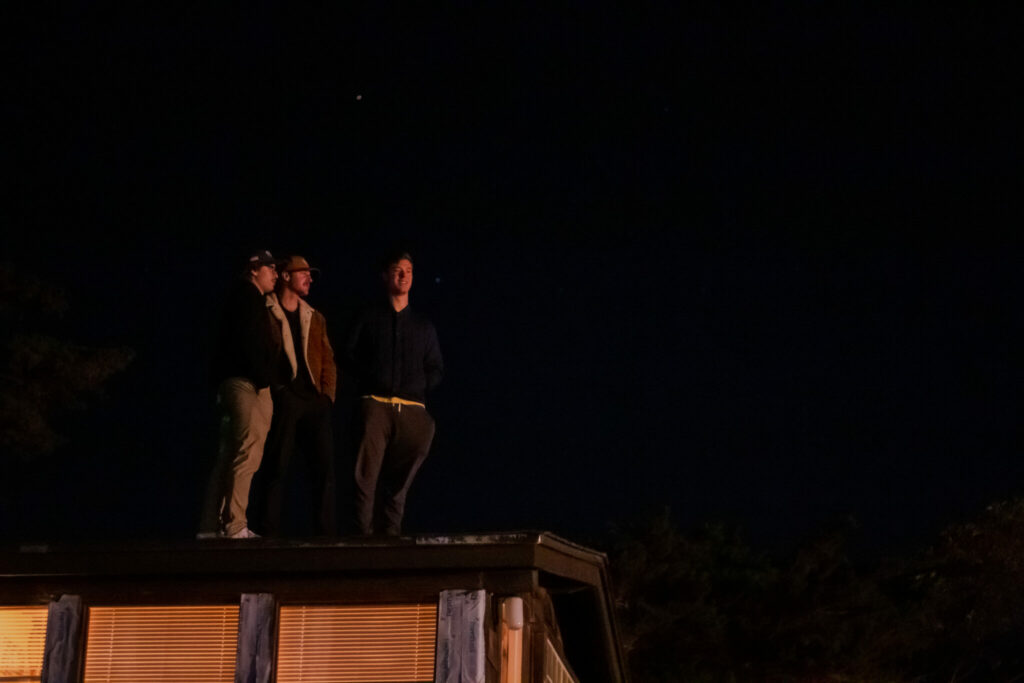 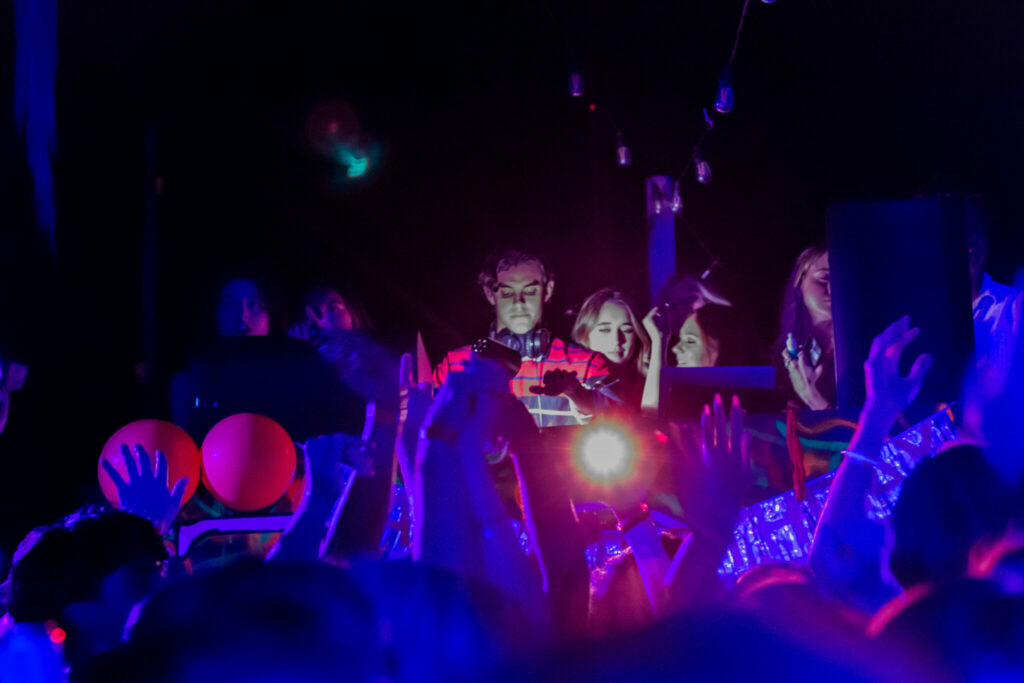 DJ magic at one of the fraternities on the same Friday night on Del Playa Drive. (Ewa Zakrzewska / Daily Nexus)