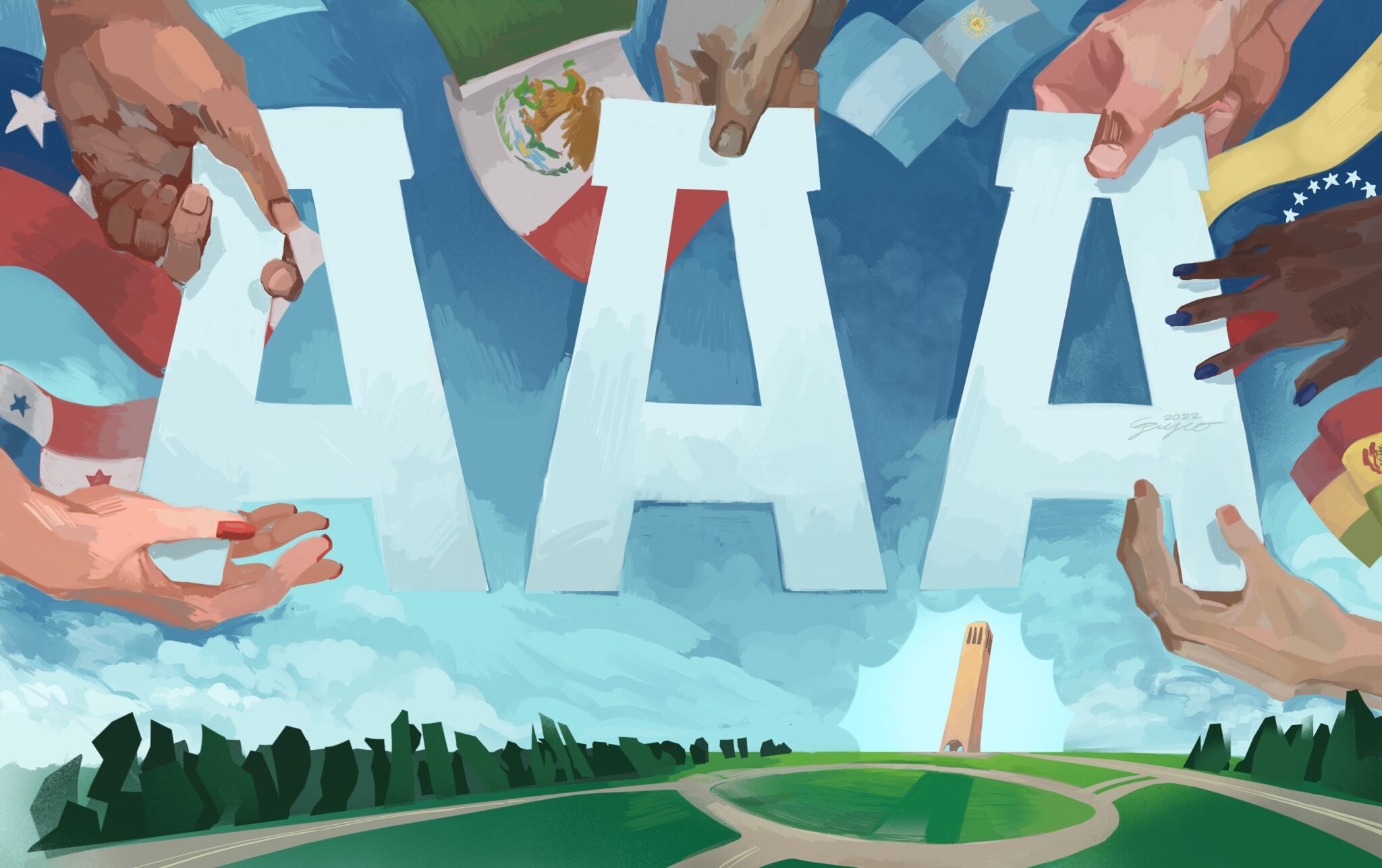 Students must qualify to be inducted into Tri-Alpha based on the following criteria: the student must have earned at least 45 UCSB units toward a baccalaureate degree or 12 UCSB units for transfer students, they must have an overall undergraduate GPA of at least 3.2 on a 4.0 scale and they must not have any parents, step-parents nor legal guardians who completed a bachelor’s degree prior to the student.

Graduate students who are first-generation students can also be admitted if they have completed at least nine graduate units and have a GPA of at least 3.5 on a 4.0 scale. Students who qualify based on these requirements are invited to join the honor society.

“From there, we had a meeting to discuss what we wanted our specific work to look like,” fourth-year sociology major and secretary Andrea Hercules said.

During this meeting, the board discussed what they felt was important to create a community for first-generation students. Some key points included making community events for members to meet one another, holding workshops for mental health and self-care, collaborating with other groups on campus, building relationships with faculty for opportunities of academic support and resources, and connecting members to resources, tutoring and preparation for post-graduation plans, such as graduate school and the workforce.

The board said they also hope to connect current students with UCSB alumni to provide students with networking and mentorship opportunities and greater resources.

“When you’re a first-generation student, it’s so new to you because obviously you’re first-gen,” fourth-year communications major Jenna Jorgenson said. “So providing [students] with as many resources as we can was really important to us.”

To expand on these opportunities to connect with faculty, Hercules and Jorgenson spoke about possibly doing a mentorship program between faculty and students or bringing faculty in to talk about their careers.

Hercules and Jorgenson emphasized that above all, Tri-Alpha is prioritizing the needs of its members first, so they recently sent out a survey to its members to see what they specifically would like the organization to provide for them.

Currently, the board is planning its induction ceremony for new members, to be held on Feb. 26. From there, the board aims to host more events during spring quarter, though Jorgenson said events may be held virtually depending on whether or not instruction returns to in person.

Above all, Jorgenson highlighted the importance of having an honor society for first-generation students at UCSB.

“There are a lot of first-gen students on campus. It’s definitely overwhelming,” Jorgenson said. “It was very overwhelming when I came to UCSB, and I came in right in the middle of the pandemic. So it was so hard for me to make connections during my first year, and even coming back in person, it was even more overwhelming even though I had already been at UCSB for a whole year already.”

“I think providing students with a community of students who are like them is going to be really important for their overall well-being and their success at UCSB because they’re going to have an outlet and they’re going to know people,” she continued.

Hercules echoed Jorgenson’s sentiment, emphasizing the importance of celebrating the achievements and success of first-generation students.

“I think it’s really important that we’re honoring first-gen students’ achievements and contributions that they’ve already done at UCSB, which I think would help a lot with imposter syndrome, which a lot of first-generation students get,” Hercules said. “There’s already resources that exist on campus for first-gen students, but this is a student-run organization. We’re building a community amongst these students, and more resources don’t hurt anyway.”