The Daily Nexus
Music
In Review: Lunar Vacation Cultivate Indie Pop Bliss on “Inside Every Fig is a Dead Wasp”
November 18, 2021 at 6:49 pm by Adam Majcher

Four years after their debut EP “Swell,” Lunar Vacation have finally dropped their anticipated full-length debut album, “Inside Every Fig is a Dead Wasp,” which takes their dreamy, layered aesthetic and elevates it to new levels. 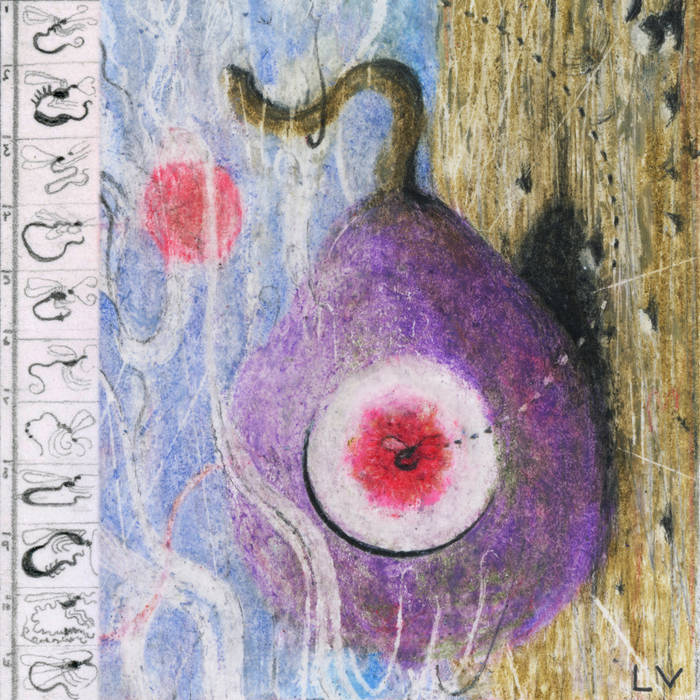 Despite not necessarily expanding beyond the indie pop, garage rock and dream pop influences that shape “Inside Every Fig is a Dead Wasp,” Lunar Vacation takes some of the best ideas of these genres from the past decade and fuses them together to create 32 minutes of bliss. Building off of earlier, potential-oozing EPs like 2017’s “Swell” and 2018’s “Artificial Flavors”, the Atlanta-based group finally returns three years later with stickier hooks, more varied instrumentation, even better vocals and some of the best and most intricate production of their career.

While influences from Beach House and Alvvays are pretty clear, and similarities can be drawn to contemporaries like Beach Bunny and Crumb, Lunar Vacation stands out from the crowd through their consistently dynamic instrumentals and song structures, exquisite production and some of the catchiest riffs and hooks of any band out there. Whether it is lead vocalist Grace Repasky’s anthemic “There is no reason / No, there’s no reason to be sad about it” on “Gears” or the incredibly infectious repeating guitar riff on lead single “Shrug,” at least some part of “Inside Every Fig is a Dead Wasp” will be stuck in your head for hours — if not days — after listening. You have been warned.

Simply put, the album is so incredibly fun. Whether it is the aptly named “The Waiting Game” with numerous instrumental breaks separating just a few lines of lyrics, the notably over the top guitar that protrudes halfway through each line of “Mold”’s chorus, the serotonin-boosting, layered vocals toward the end of “Cutting Corners” or the glorious, complete song shift halfway through “Anemone,” you can tell that the quintet put so much love and care into each song on the project while having fun in the process.

Yet, to characterize this album as just a fun, full-length indie-pop debut would be a disservice. Many of the lyrics deal with themes of depression and feeling lost in our modern-day pandemic world. In an interview with FLOOD Magazine, Repasky described that “Making Lunch (Not Right Now)” is about “Feelings of nomad-ness and depression while living away from home and adjusting to a strange, everyday schedule.” The track ends with lyrics reflective of this: “I feel stuck inside the city / I feel stuck inside this building, let mе out.” When discussing “The Waiting Game,” Repasky noted that the track is largely about her worsening depression during the start of the pandemic, as she sings “Three weeks inside / There’s been days going by / But my mind has stayed stuck.” Moments of melancholy and darkness, especially in the lyrics, noticeably — and strikingly — pierce through the album’s relatively upbeat nature.

However, where “Inside Every Fig is a Dead Wasp” shines brightest is in its detailed and dynamic production, luring the listener in and enrapturing them like the wasp in the album’s title. Standout track “Peddler” demonstrates this through noticeable aspects like its layered, constantly changing beat and pumpingly cathartic buildup to the chorus, as well as more subtle aspects like the faint background chirping sounds toward the back half of each verse and amazing electric guitar embellishments throughout the entire track. Beyond these details, all of the numerous instrumentals add to the song and are layered and mixed exquisitely into indie-pop perfection.

The track “Anemone”’s more subdued production and strummy guitar at the opening is so simple yet fantastically evocative, making the listener feel as though they are disorientingly lost in a coral reef at the bottom of the sea. An electric guitar and drums are added as the track builds up and eventually transitions completely into a beautiful, instrumental swell before deconstructing itself, leaving Repasky’s drowned-out voice as a send-off to the final track, “But Maybe.”

Perhaps the most simple yet sticky track on the album, “Gears,” features the group’s best hook of their entire career, as Repasky’s vocals along with the monstrous bassline and incredibly lush synths layer together gloriously for a massively cathartic rush.

Yet, throughout every track, the group manages to incorporate something special: each song feels like an individual fig grown through countless weeks of love and care until it grew into something beautiful. If the EPs “Swell” and “Artificial Flavors” were the sapling tree, the Keeled Scales signees took exceptional care of their sound over the past three years for it to mature this well.

With practically every track being a potential standout, “Inside Every Fig is a Dead Wasp”’s relatively short 32-minute runtime combined with its sonically varied tracklist and consistent quality creates one of the best short-but-sweet debuts coming out of this genre in recent memory. While Lunar Vacation doesn’t necessarily venture into new territory in terms of sound or expanding the genre, they more than make up for it in execution and deliver on the potential they showcased with their EPs years ago, while still leaving the listener thinking their best is yet to come.