The Daily Nexus
Campus
UCSB Library Holds Discussion on Filipino Americans with “Postcards from Salinas”
October 29, 2021 at 10:00 am by Daelyn Einhorn

The UC Santa Barbara Library held a virtual conversation about the history and contributions of Filipina/o Americans on the Central Coast on Oct. 20. This webinar was in conjunction with the exhibition “Postcards from Salinas,” which has been on display in the library’s Ocean Gallery since Oct. 1. 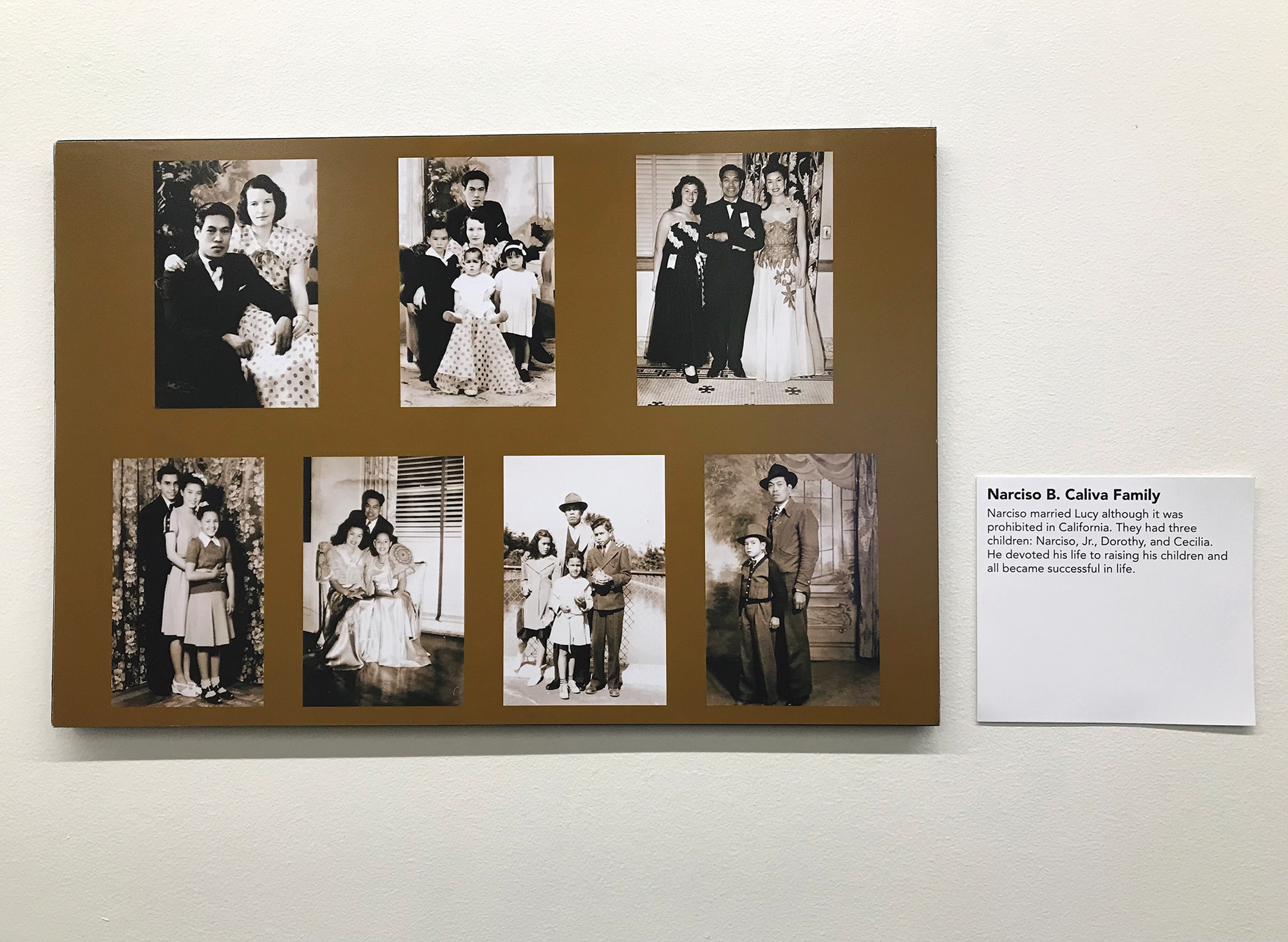 Fabros took on a similar project in 2012, when he created a photographic exhibit called “Filipino Voices: Past and Present” for the National Steinbeck Centre in Salinas. Neesha Patel / Daily Nexus

“Postcards from Salinas” is a collection of restored photographs of Filipinx Americans in the Salinas Valley from 1920 to 1940, all taken by Filipino photographer Narciso Bulosan Caliva. Each photographic panel provides a story of pre-1941 Filipinos transitioning into Filipinx Americans.

The panelists included Benjamin Zuleta, a professor in UCSB’s Department of Asian American Studies; Grace Yeh, a professor in the Ethnic Studies Department at California Polytechnic State University, San Luis Obispo; and Alex Fabros, the curator of the exhibition “Postcards from Salinas” and former professor of Asian American studies at San Francisco State University. The conversation was moderated by UCSB historian Paul Spickard.

Zuleta began the discussion by providing background information about the Philippines and the history of the migration of Filipinx people.

“My job today is to provide some historical context for understanding those experiences and for thinking about the important question of why their experiences need to be recovered in the first place,” Zuleta said.

“As scholar Yen Le Espiritu observed in her book ‘Home Bound,’ ‘Filipinos went to the United States because Americans went first to the Philippines,’” Zuleta said.

Next, Yeh recollected her experience as a new faculty member at California Polytechnic State University, San Luis Obispo trying to figure out how to teach Asian American studies.

“It was clear by the [predominately white] demographics of the region, and by the lack of any Philippine presence in the local, institutional or public archives that Filipinos, Filipinas and their histories have been submerged, or disappeared,” Yeh said. “Or so I thought. Once I met the stewards of these memories, the families and communities that are still here, there was this incredible archive that did exist, but it was in personal photo albums, tucked in boxes, in attics, garages and shared through memories and stories.”

Yeh said she worked with individual students, the Filipino American National Historical Society and other groups of people on a project to digitize family photo albums, letters and other artifacts.

Fabros took on a similar project in 2012, when he created a photographic exhibit called “Filipino Voices: Past and Present” for the National Steinbeck Center in Salinas.

“I was asked to create [the exhibit] and to work with the Filipino community there to ensure that they had a good exhibit,” Fabros said. “In addition to these exhibition panels that told the story of Filipinos in America, we needed images of those immigrants, and it was very difficult to find these images.”

Fabros presented PowerPoint slides with photographs from “Postcards from Salinas” taken by Caliva, who was born in the Philippines in 1902 and later moved to the Salinas Valley where he opened a photography studio.

The first photos Fabros showed depicted groups of men — usually in five — dressed in suits, since that was the number of people who would ride in one car during the time that Caliva traveled with his labor crews as a labor contractor.

“When you look at these men, you have to remember that these were men who were not wanted here in America,” Fabros said. “And yet, this is their way of communicating with their families back in the Philippines that all was well.”

The exhibit “Postcards from Salinas” is on display in the UCSB Library’s Ocean Gallery and is available for students to browse.