The Daily Nexus
The Daily Stench
Tragic! Student Explodes Trying to Hold in Cough
October 29, 2021 at 4:20 pm by Ewa Cook 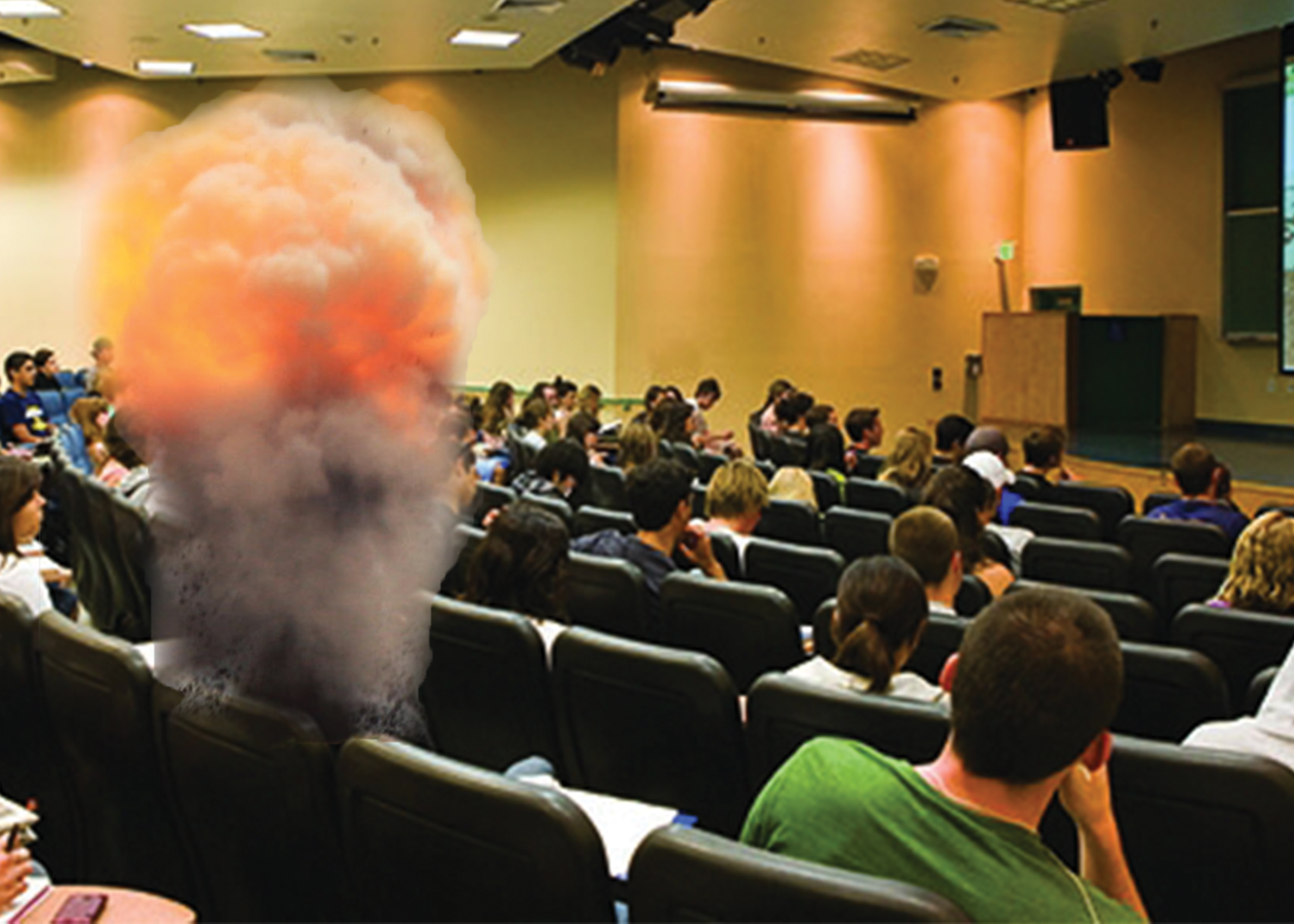 Happy flu season, Gauchos! With COVID-19 terrifying everyone and their mother due to the coughing fits around public, the student body is collectively on the constant verge of convulsing as they choose to be teary-eyed and dripping snot, rather than let out any sort of air vomit.

Petrified to break the silence of lecture and draw attention to his musty, crusty self, one unlucky student spontaneously combusted during class while holding in a cough. His explosion was completely overlooked, as the professor was busy arguing with students over if dressing up as a virgin or as Storke Tower is more iconic for Halloween.

Word on the streets of Isla Vista is that a pledge was forced to eat a bat, triggering this year’s special edition cough. In an interview with the culprit, Chad Daddy, he claimed, “Bro, I swear my brothers told me the bat was chicken, and the shit tasted just like it, so it was obviously valid, bro.” With no remorse and a complete lack of functioning brain cells, Daddy is honored that ‘his’ sickness has earned the title of ‘frat flu.’

Concentrated around Greek life, this strain of the plague is feeding off of our starved immune systems. After a year of quarantining and intensive mask-wearing, UCSB has taken a ‘survival of the fittest’ stance. Throwing endless parties with bodies upon bodies squished into backyards, students are dropping one by one.

Luckily, the suffocating smoke from the Alisal Fire saved the day as an excuse for the dry heaving around campus. Students are arguing that their disgustingly aggressive coughs are simply from the smokey air — not their crippling nicotine addictions, asthma issues nor the numerous illnesses brewing inside them.

Chancellor Yang sees straight through this bullshit excuse and is threatening to reimpose the stay-at-home order. Stay safe, Gauchos.

Ewa Cook is a survivor of the frat flu, she stands with the sick and suffering.