The Daily Nexus
News
UCSB Student Via Bleidner Hosts On-Campus Event for Essay Collection
October 28, 2021 at 10:00 am by Kyra Schimpf and Yiu-On Li

“If You Lived Here You’d Be Famous by Now: True Stories from Calabasas” is an essay collection that tells a series of true stories from Bleidner’s hometown of Calabasas. From encounters with celebrities to the One Direction split, Bleidner’s book covers a variety of personal anecdotes and offers insight on subjects like the psychology behind the rich and famous and Generation Z’s relationship with the internet. 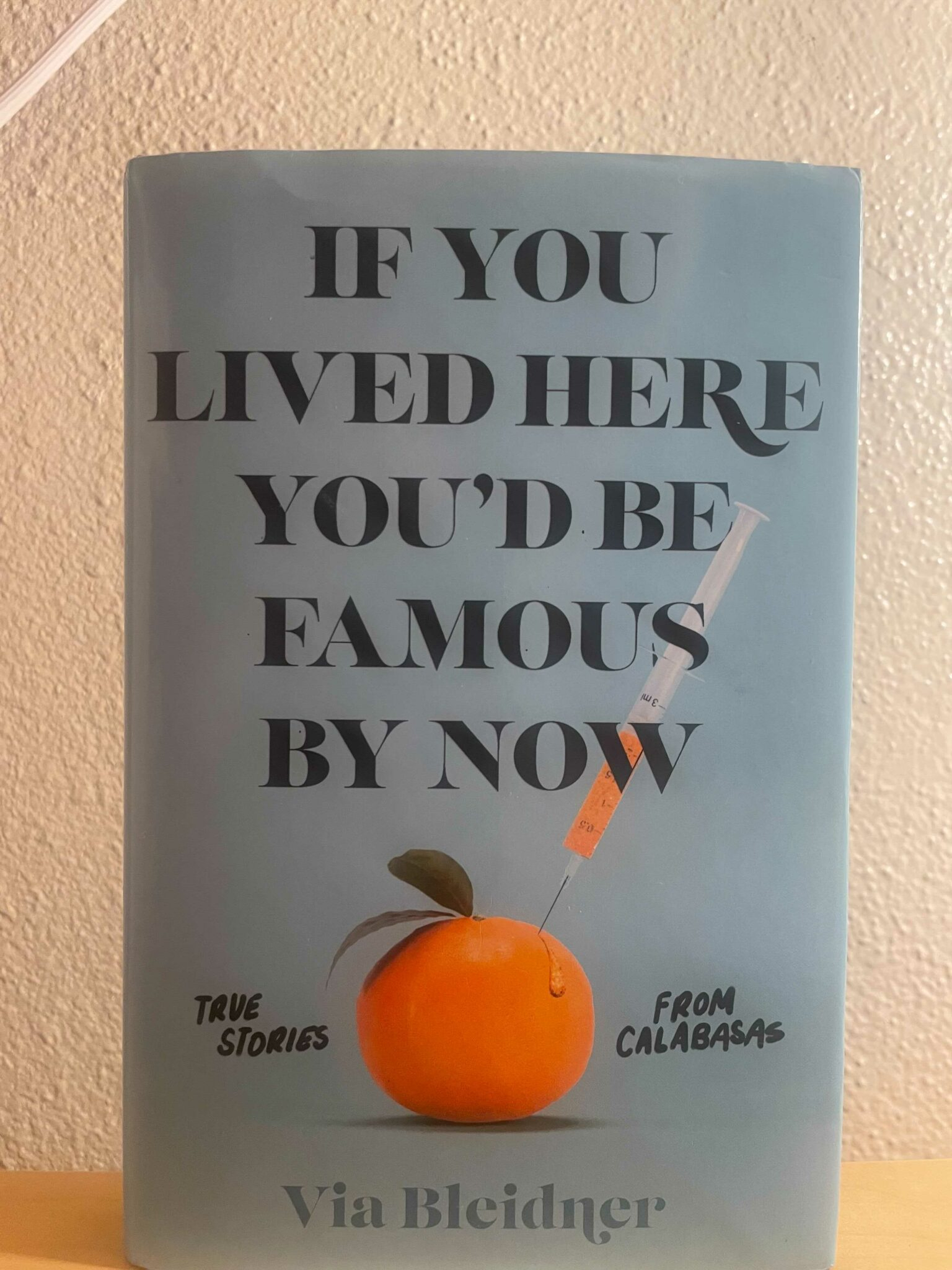 Bleidner’s book features different settings, from Hidden Hills to Calabasas to Isla Vista itself, and she noted the differences between the areas and their shared similarities. Kyra Schimpf / Daily Nexus

Bleidner wrote and published her essay collection while being a full-time student at UCSB, noting that the process was challenging, especially in light of the COVID-19 pandemic shifting her to remote working and learning.

“The process was super difficult and really hard,” Bleidner said in an interview with the Nexus. “I think with the pandemic, it was kind of a double whammy as well because it was hard being online.”

Despite the difficulty, Bleidner credited UCSB’s College of Creative Studies (CCS), where she obtained her degree, for having supportive students and professors and a more loosely structured class format.

“CCS is a little more freeform in the way that they run their classes, so I had a lot of space to fit writing a book into my life,” Bleidner said. “It was really nice to have a support system in CCS of other majors my age who I could bounce ideas off of.”

Bleidner’s essays feature different settings, from Hidden Hills to Calabasas to Isla Vista itself, and she noted the differences between the areas and their shared similarities.

“I.V. definitely isn’t as polished as Hidden Hills. I think people are a lot more relaxed here, a lot more casual, which is good,” Bleidner said. “At the same time, there is a franticness to I.V., and I think that a lot of people are trying to find themselves and who they are. There is still a lot of social positioning that is a little bit high school. I’m not seeing as much of it now because I’m a super senior.”

The book event was held on Oct. 21 with Ellen O’Connell Whittet, a lecturer in the Writing Program at the CCS, and featured a book selling as well as a Q&A session where Whittet interviewed Bleidner. When asked about the experience and Whittet’s support, Bleidner described it as a positive experience.

“We had Chaucer’s there selling books and it’s my favorite book store, and it was really fun,” Bleidner said. “It’s cool because I had a virtual book launch but I hadn’t done anything in person. I was really nervous, but Professor Ellen Whittet was incredible. She said such kind things about my book and asked really smart questions. Even though I was nervous, I felt pretty at ease with her.”

“When she came into my class, I knew she was publishing a book already,” Whittet said in an interview with the Nexus. “I was really curious about her writing because it’s pretty rare for an undergraduate to be in that position.”

At the time, Whittet was also writing her own book, “What You Become in Flight,” which is a memoir of her life as a ballet dancer and moving on from ballet after sustaining an injury. As Whittet and Bleidner got to know each other, the two got together for coffee and shared updates on writing their respective books.

Whittet partially attributed Bleidner’s writing ability to her eagerness to read frequently, as well as reading a wide range of material.

“You can’t produce what you don’t consume,” Whittet said. “I would say she consumes books constantly.”

Whittet said that if there was anything she contributed to in Bleidner’s book, it would be encouraging Bleidner to include more mentions of pop culture, which Whittet’s magazine writing course helped with. When it comes to the concept and content of the book, however, Whittet said that “it was all Via.”

“She’s a student of a career, of a lifetime,” Whittet said.

Now, two months after publishing her series of essays, Bleidner is working toward her next project.

“I’ve started writing again so I’m hoping that maybe it’ll become something bigger because I just want to keep writing,” she said.

Bleidner’s debut essay collection still has a prominent place in her life, and she has had people reach out about her work, including some interested in a potential TV deal.

“I’ve heard from some people who are interested in adapting my book for TV, which is super cool,” she said.

Bleidner hopes her readers will be able to purely enjoy her work and the experience of reading her series.

“I just hope that people have fun,” Bleidner said. “I just want people to read my book and have fun.”

“If You Lived Here You’d Be Famous by Now: True Stories from Calabasas” can be found at Barnes and Noble, Powell’s and Santa Barbara’s Chaucer’s Books.

Correction [10/28/2021, 10:34 p.m.]: A previous version of this article incorrectly stated that Bleidner’s book is a novel and has been corrected to say that the book is a series of essays.