The Daily Nexus
Music
Wilco and Faye Webster Hit the Stage at the Santa Barbara Bowl
October 26, 2021 at 9:39 pm by Makenna Stark 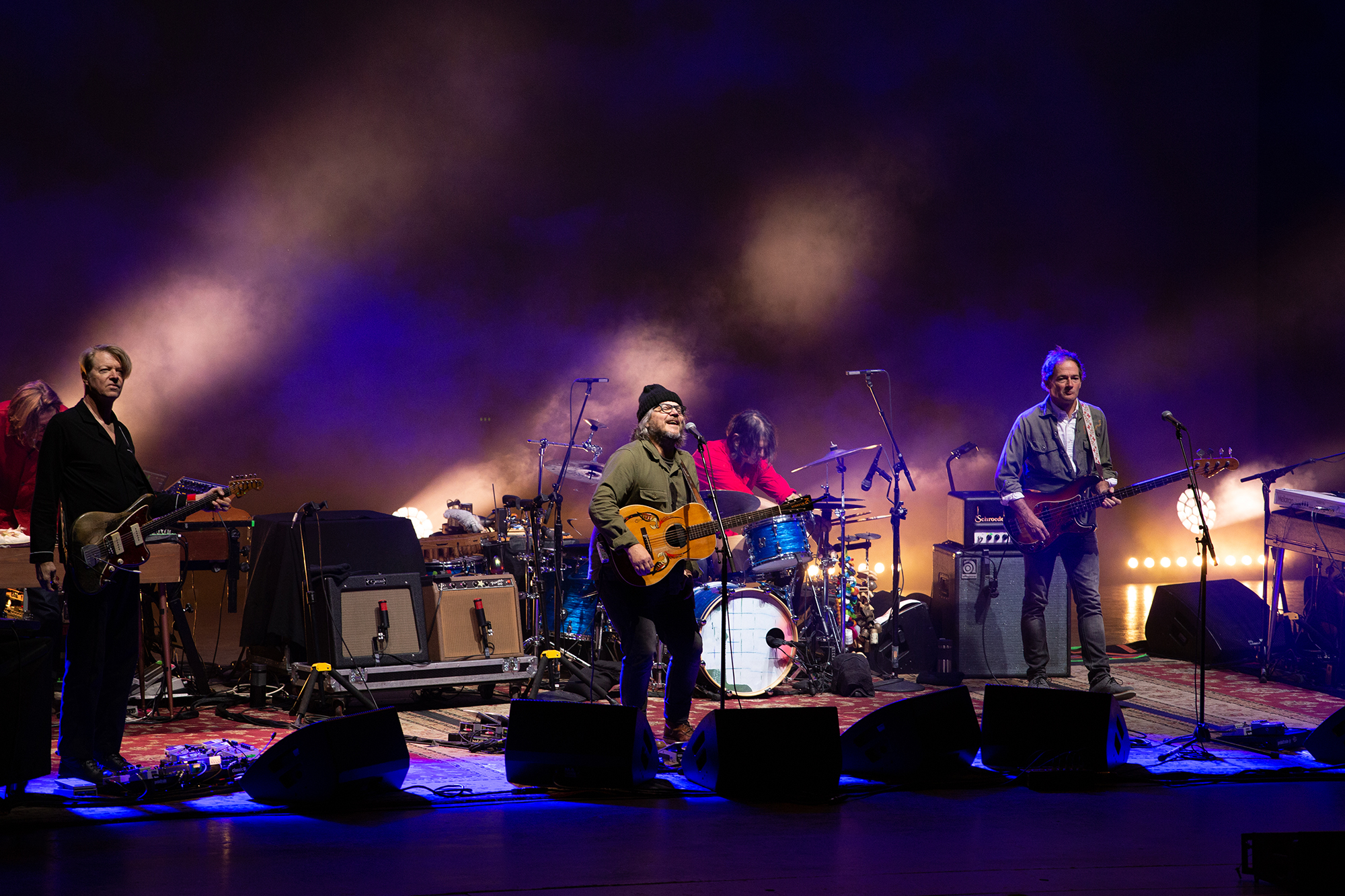 Eclectic and globally renowned indie rock band Wilco, along with special guest Faye Webster, took the stage at the Santa Barbara Bowl as part of the “Ode To Joy” tour this past Wednesday, Oct. 20.

Following a nearly two-year hiatus due to the COVID-19 pandemic, Jeff Tweedy and his bandmates hit the road again to finish out the West Coast leg of the “Ode to Joy” tour. Luckily, they added a few new dates to the list of rescheduled concerts, including the show here in Santa Barbara.

Picture an outdoor venue perched on a hill with a view of the Pacific Ocean, flocks of friends walking in, the full moon shining through the trees and a feeling of lingering anticipation in the air. At 7 o’clock on the dot the lights go out, the crowd gives a few scattered claps and Webster walks out with a confident yet calming stride toward center stage.

Webster’s set was dreamlike, with blue lights, slide guitar and intimate yet relatable lyrics. Before she played her song “I Know I’m Funny Haha,” one of the singles from her fourth studio album of the same name, Webster told the crowd, “This song goes out to all the shitty landlords out there,” striking a chord with the younger half of the audience. 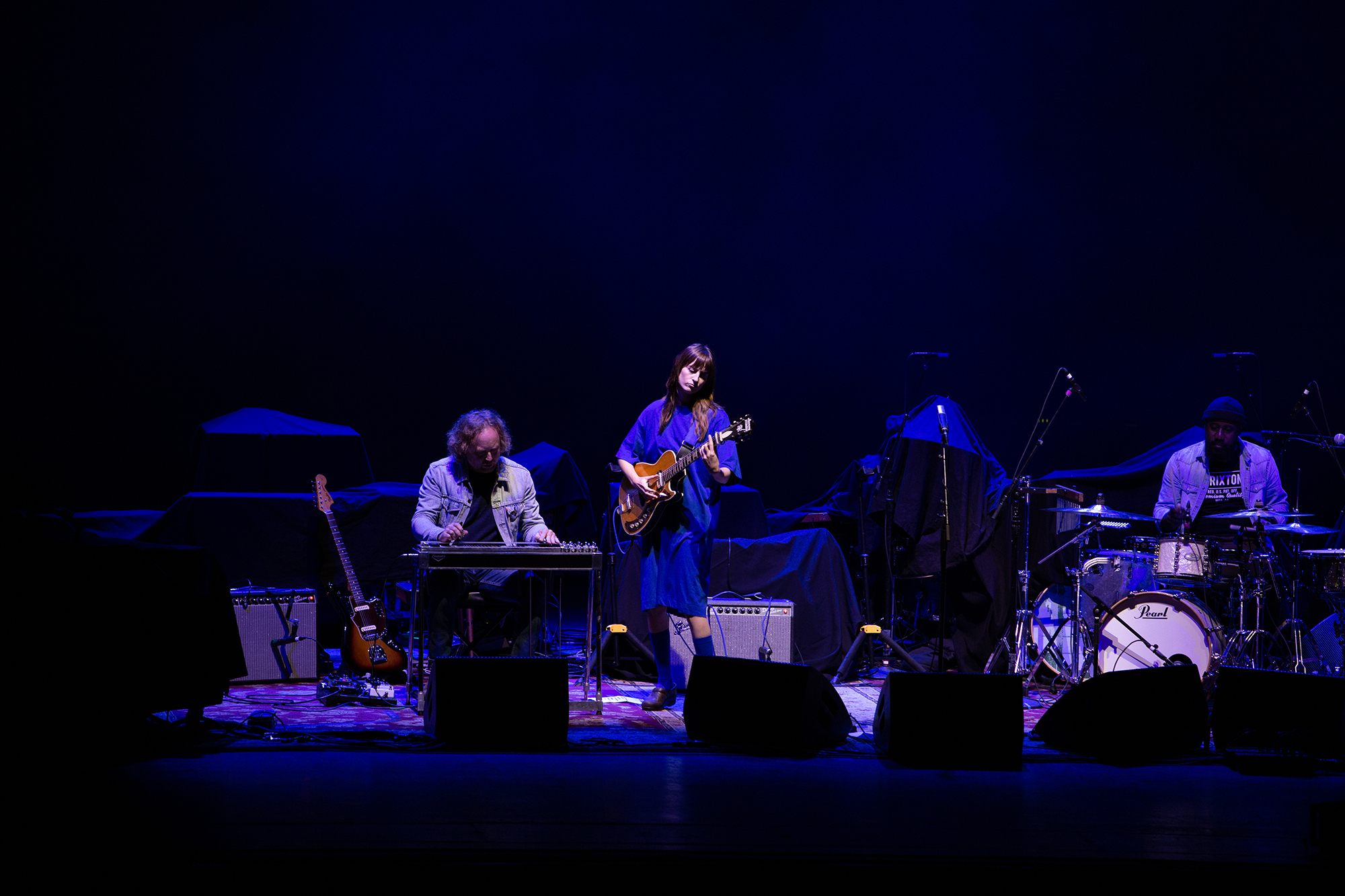 After a 30-minute set, including songs like her breakout hit “Kingston” and “Right Side of My Neck,” Webster and her band retreated backstage while the crowd continued to grow larger. By 8 o’clock, the Santa Barbara Bowl was nearly full with Wilco fans, predominantly geriatric millennial and Gen X white guys with their unenthused girlfriends.

The lights went down a second time, inciting a wave of exhilaration in the crowd. The band walked on stage with a relaxed and unpretentious energy about them, as if they were just there to hang out with the audience and have a good time. That’s really the point of any concert, right?

Soon, the stadium filled with the sound of “A Shot in the Arm,” a potential nod to the vaccine requirement in place on the tour. In recent months, it became a trend amongst Wilco fans to post about finally getting their COVID vaccine on Instagram along with a clip of the song. Presumably related to this, there was a sense of relief in the crowd to be able to share a night of music together without an overwhelming sense of fear.

Tweedy, Wilco’s lead, played into this sense of joy and relief throughout the night, playfully interacting with the crowd. After the first couple songs, upon seeing some tardy fans scurry to their seats, he joked, “Some of you were late to class,” adding on a sincere “I’m glad you’re here now” just before beginning the next song. 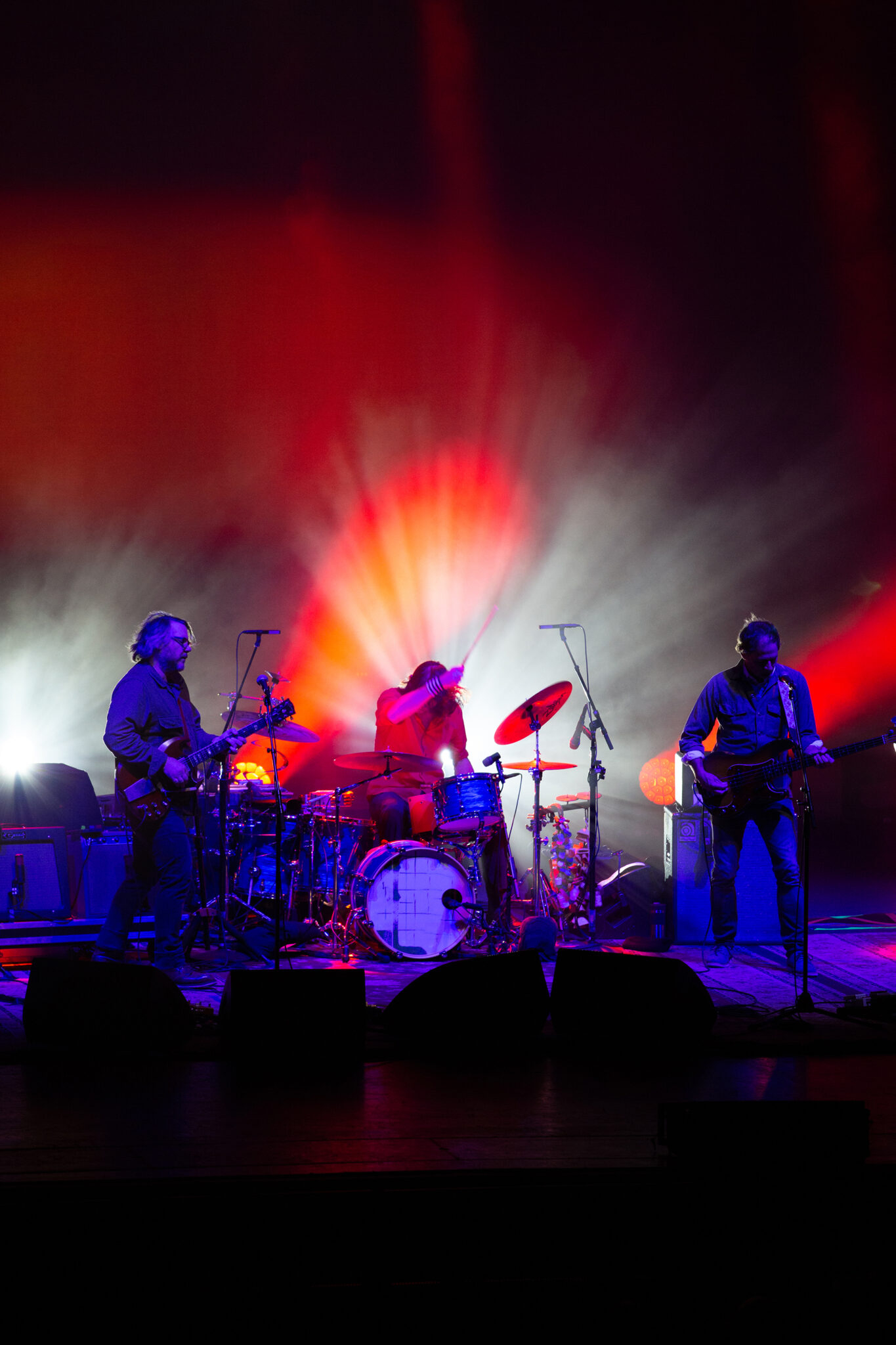 Just past halfway through the set, Tweedy picked up the energy again, instructing the crowd to get up out of their seats and enjoy the night to its fullest. He shared a captivating moment with his fans telling them, “I used to be really shy about asking the audience to get up and stuff like that. I just decided right now, tonight, fuck that shit. I have a responsibility up here to remind you not to postpone your fucking happiness, alright?”

The remainder of the night was filled with dancing, laughing and enjoying the moment, per Tweedy’s request. After ending with hit songs like “Jesus, Etc.” and “I’m the Man Who Loves You,” all six members of Wilco gave a short wave and headed off stage, likely knowing they would be coming back in a matter of minutes.

Following a dense wave of cheers, whistles and screams from all those in attendance, the guys appeared back on stage for the highly anticipated encore, prolonging the night of delight for a few more songs.

In light of the concert-less nature of recent history, this past Wednesday was a reminder of the euphoric bliss brought by live music. Wilco will continue to share their tunes live through Oct. 26, when they wrap up the final leg of their “Ode to Joy” tour with three shows in Los Angeles.

enjoyable read! this made me nostalgic for all the concerts we missed this past year and a half