This past Friday, Oct. 15, the Santa Barbara Wildlife Care Network hosted their annual Benefit for Wildlife. Their goal this year was to raise money for their new Wildlife Hospital in Goleta, set to be completed by the end of 2021. The fundraiser, which took place at the Carousel House downtown, welcomed some of the region’s most influential residents and supporters of the Network, including one of its newest board members: renowned nature photographer and filmmaker Ian Shive. Welcomed by Executive Director Ariana Katovich, guests had a chance to celebrate the hospital’s construction, support the Santa Barbara Wildlife Care Network (SBWCN) and enjoy the late summer evening with live music and delicious food.

The SBWCN was formed in 1988 by a group of residents of the Santa Barbara area who saw an urgent need for wildlife rescue and rehabilitation in the local community. According to the SBWCN’s website, their vision consists of providing “quality rescue, treatment, rehabilitation, and release services” to animals in need in the area, educating the public about “the needs of at-risk wildlife [and] the challenges faced by wildlife in the region,” as well as collecting and sharing information with other partners. Three decades later, the SBWCN works with dozens of volunteers every day and helps thousands of animals each year. As the SBWCN’s website says, the new hospital will have “the capacity to save and serve thousands of lives.” 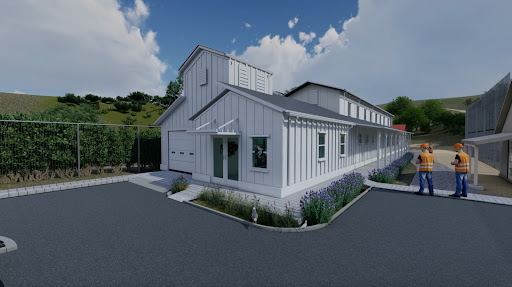 A digital rendering of the new SBWCN Hospital. Courtesy of SBWCN

There was good reason for Shive to be at Friday’s event. Shive is an author, photographer, filmmaker and conservationist, whose most recent works include the Discovery+ series “The Last Unknown” (2021),  an insider’s look at the National Wildlife Refuge System, including the vast and remote Aleutian Islands, “Hidden Pacific” (2019), a film profiling the islands and atolls of the Pacific Ocean, and the book “Refuge: America’s Wildest Places” (2020), a collection of photographs from various National Wildlife Refuges around the globe.

Shive has also spent many years travelling to and working in Santa Barbara and got involved with the SBWCN about a year ago. Shive said taking action at the local level is important to him, and an opportunity to get involved with an organization whose mission and values aligned with his own was particularly motivating. In August, he became a member of the SBWCN’s board of directors and continues to be a significant supporter of the Network and the Santa Barbara community. 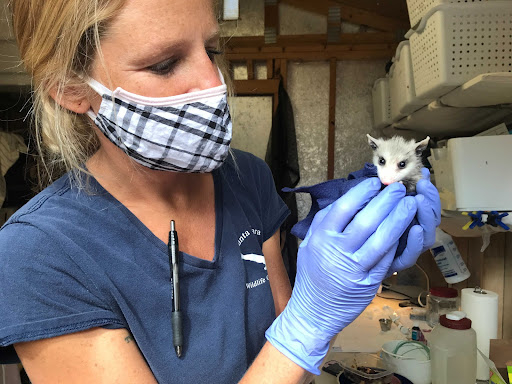 As to how he first got into photography and film, Shive said it happened gradually. Growing up in an urban environment meant that from a young age he had a firm appreciation for the outdoors, and early on he also developed a passion for photography and film. Over time he put the two together and started using photography as a means to educate audiences about the beauty and importance of nature.

Rather than an environmental activist, Shive considers himself to be simply a representative of the natural world and an educator.

“Who am I to say that this is what you should do? But I can definitely show you what [the situation] is,” Shive said. “I want people to get [to the opinion that the environment is worth protecting] on their own, because maybe they see it a different way than I do.”

However, even though he strongly believes in the power of film as a means to communicate the beauty of these last wild places to the public, Shive said he also has his concerns about the implications of his travel.

“We’re sort of at an inflection point with outdoor recreation … and the truth is, I look at a lot of places and I say ‘I probably shouldn’t go there.’” Shive then followed up this comment with a question: “Are we caring [these places] to death?”

Shive also discussed the current pressing environmental issues affecting the local Santa Barbara area, such as wildfires and oil spills, and what they signify in terms of the future of the natural world. 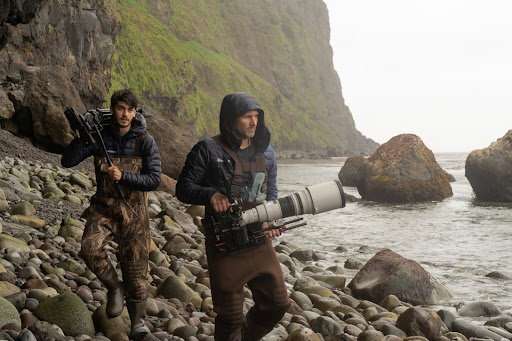 “It feels like we’re at a tipping point of sorts,” Shive said, “As a person who’s lived outdoors all their life, I’ve never had so many closures, so many things preventing me from being outside […] The threats are real.”

While the rapid rise of average global air temperature and all of the resulting climate crises may make it seem like there is no way to stop our path of destruction, Shive said he remains hopeful.

“We have to have hope,” Shive said. “Am I confident that everything we do [to solve the issues] will work? Of course not, I mean I’m not delusional. But am I hopeful? Of course […] If there’s no hope, there’s nothing else.”

Regarding the role of government in wildlife conservation, Shive can speak from experience. He has both collaborated with governmental agencies, such as the U.S. National Park Service and the Fish and Wildlife Service, and lobbied Congress against certain actions that may have an adverse effect on the environment and biodiversity, including the construction of the U.S.-Mexico border wall.

He went on to say that while it’s easy to point fingers and assign blame at every level, it is important to understand that the way in which the government is constructed makes it impossible for government agencies to do anything without consulting and getting authorization from Congress or the president.

“The lack of faith in the government that young people have is absolutely justified. But what I love about the young people today is that they’re going to be the leaders of tomorrow. So hopefully it’s not too late.”

When asked if he has any advice for young people who want to have a career in conservation or get involved with environmentalism, Shive suggested starting closer to home. 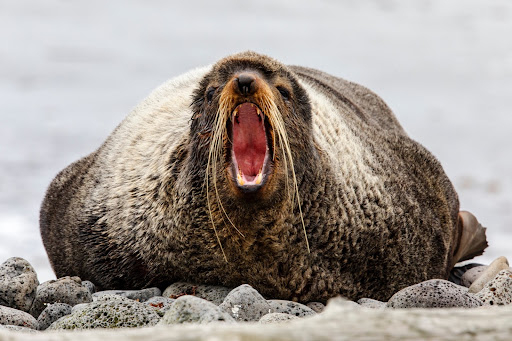 “I’m lucky that I got to go do these big things, but honestly I started local. Everyone starts local.” Shive said. “And in fact you may never go anywhere else, and that’s amazing, because local is so relevant.”

Shive said working at a local level is a great place to start because it’s where we have the best ability to make a real difference.

“There’s nothing better than going to an animal hospital, like the one that’s just been built here at the Care Network and say[ing] ‘Here’s all of the hundreds of creatures that are coming in and that are going to be rehabilitated and put back out. To me, that’s a very tangible thing.”

For budding photographers and filmmakers, his advice is: “Don’t buy an expensive plane ticket to go to Africa and watch the wildebeest migration […] By the time you get on the plane and get there and spend thousands of dollars, how much are you really going to see and do? But if you go down to the ocean every night and photograph the same pond, the same egrets that are feeding on these fish, you can sit there and really hone your craft.”

“Whether you’re a biologist or […] a director or a member of a non-profit, like the Care Network, I think it’s all sort of similar,” he said, “It’s access; local means access, and access means we can get better at [what we do].”