The Daily Nexus
Tech
Los Ingenieros Engineers a Space for Underrepresented Students in S.T.E.M.
October 15, 2021 at 8:00 am by Sean Crommelin

The world of S.T.E.M. is not known for its racial or socioeconomic diversity — the field of engineering in particular even less so.

S.T.E.M. is also not known for its lack of rigor; it is, in fact, infamous for the challenges the field can pose to new students. Indeed, students entering college under the broad umbrella of S.T.E.M. are significantly more likely than those outside of S.T.E.M. to change majors at some point during their college career, especially first-generation students. 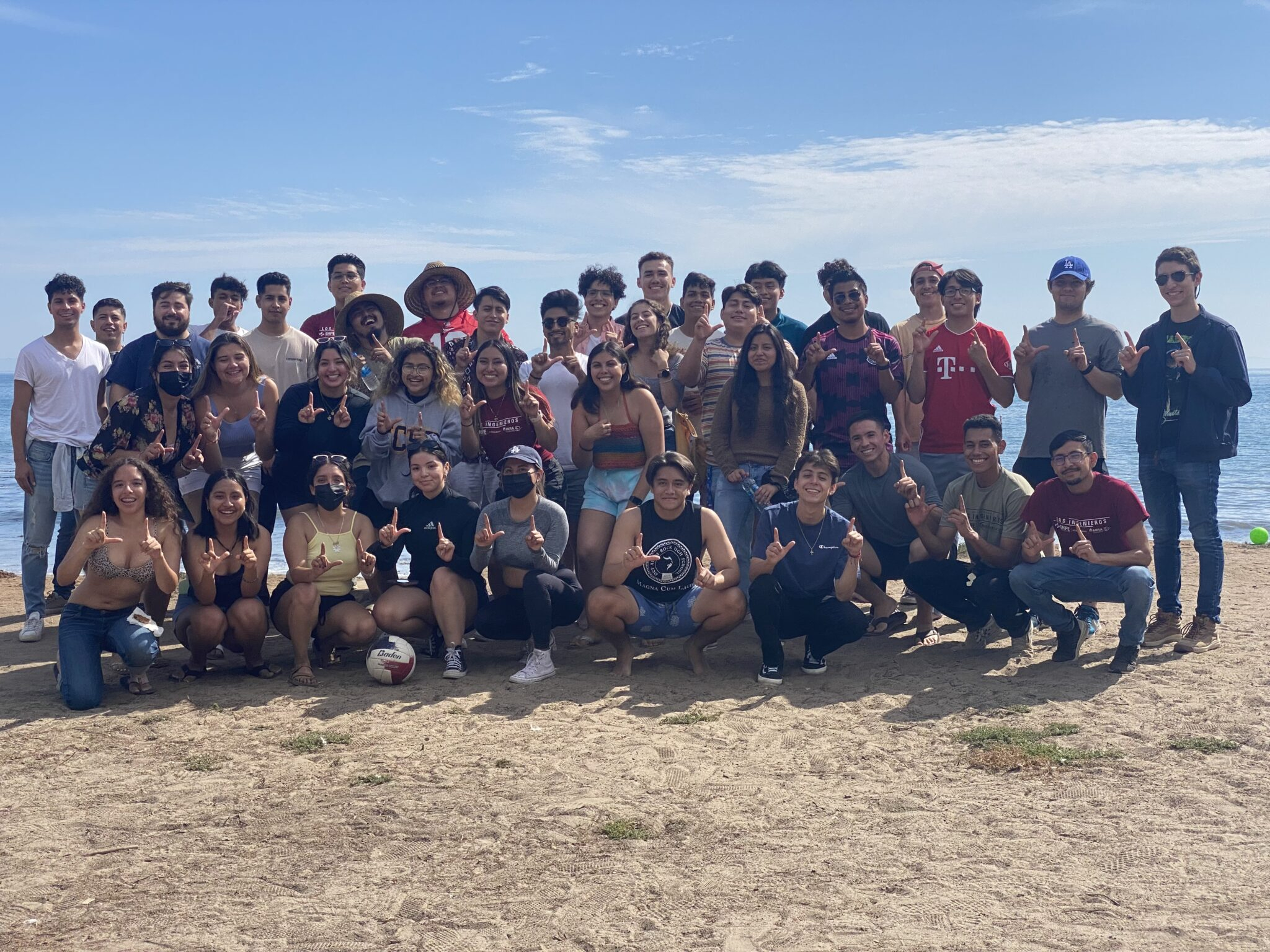 Since its founding, Los Ingenieros has grown, becoming a mainstay of the UCSB community. Courtesy of Danny Hernandez

This statistic can pose real problems to first-generation, Latinx students in the College of Engineering at UC Santa Barbara.

“The College of Engineering tends to be smaller than others in the university, and so it’s not easy for people that are underrepresented to do well and feel like they belong,” said Danny Hernandez, co-president of Los Ingenieros and fourth-year electrical engineering major.

For decades, Los Ingenieros has sought to create a community for those students, providing resources and a platform for those in engineering and other S.T.E.M. fields who must navigate the rigors of academics, internships and professional networking —  challenges which can be especially difficult in an environment where very few peers share their experiences.

In addition, the organization hosts professional workshops and networking events — such as industry tours, where Los Ingenieros members visit a variety of S.T.E.M. companies, including Google, Boeing and Hewlett-Packard. Los Ingenieros also sends students to multiple academic and professional conferences, like the National Institute for Leadership Advancement.

However, the organization started off small. The founding members of Los Ingenieros first met in scattered apartments throughout Isla Vista in 1978. Nine Latino engineering students came together to form a small support group, assisting one another in their academic and professional endeavors and developing skills for the workplace and beyond. They wanted to provide a space for themselves that UCSB at the time did not.

“The initial objective was helping out the Hispanic community in S.T.E.M.,” Hernandez said.

“Los Ingenieros was made for people, especially those in the community where they didn’t have the exposure coming out of high school to be able to thrive.”

Through spreading meetings from apartments to El Centro Arnulfo Casillas and eventually to the Engineering Science Building at UCSB, Los Ingenieros continued to become further ingrained in the university. In the 1990s, the organization became an official student chapter of the Society of Hispanic Professional Engineers (SHPE), putting them in contact with more professional engineers and community leaders.

Since then, the organization has grown and become a mainstay of the UCSB community. It has even won many accolades over the years, including the Student Organization of the Year award in 1998-99, 2001-02, 2008-09 and 2010-11. Recently, in 2018, Los Ingenieros also was recognized as the “Best Small Chapter of the Year” by SHPE.

The organization also, however, gives back to the broader community. For instance, Los Ingenieros has worked closely with the Mathematics, Engineering, Science Achievement (M.E.S.A.) program to host Science & Technology M.E.S.A. Day, an engineering competition held for hundreds of sixth- to 12th-grade students in the local community.

At present, the organization is in the midst of preparing for a major conference: the 2021 SHPE National Convention, set to be held in Orlando, Florida, from Nov. 10-14. Described as the largest gathering of Hispanics in S.T.E.M., there are expected to be over 6,000 attendees and more than 250 exhibitions.

The convention will serve, as Los Ingenieros does on campus, as an opportunity to connect, network, find opportunities, learn skills and feel like a part of a community.

“[We’re] really, really welcoming. Especially now, all the officers are really nice and welcoming … We feel like they don’t see people that look like them within the College of Engineering, and so, you know, we try to be as inclusive as possible,” Hernandez said.

“That’s one of the biggest things; we’re big on being a support system and trying to give all of our members an opportunity to make friends and meet new people.”