On Nov. 8, the UC Santa Barbara student organization Los Ingenieros was recognized as the “Best Small Chapter of the Year” by the Society of Hispanic Professional Engineers at the annual convention in Cleveland, Ohio. 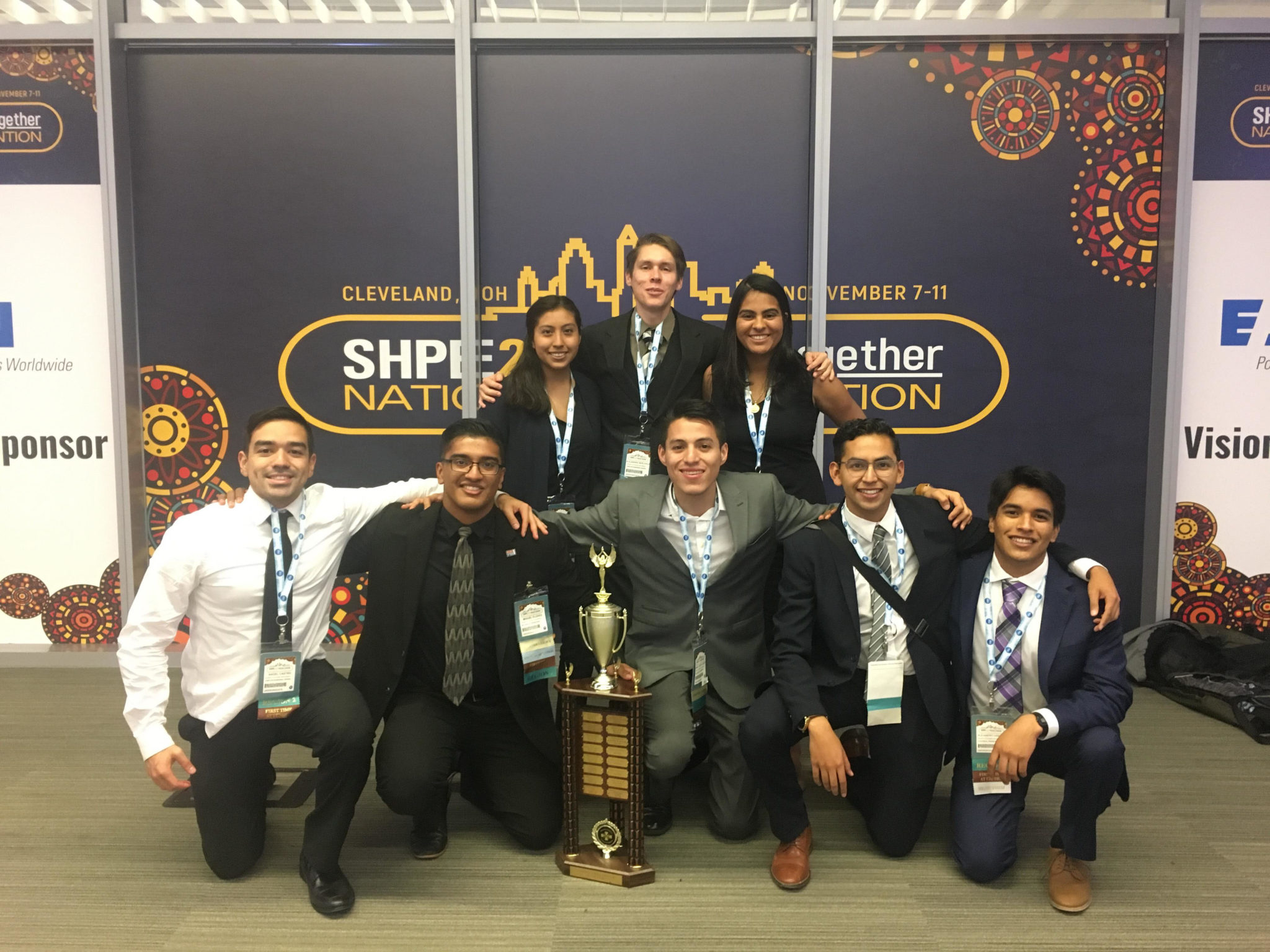 Los Ingenieros primarily caters to Latinx students in science, technology, engineering and mathematics (S.T.E.M) majors and operates under the umbrella of the national organization who awarded the group the distinction, the Society of Hispanic Professional Engineers (SHPE).

SHPE has over 250 university chapters in the United States and selected Los Ingenieros due to its accomplishments in “ensuring the post-graduation collegiate success of their members and uplifting their local community,” Karen Siles, the chair of the SHPE National Affairs Committee, said in email.

Siles also noted that Los Ingenieros has increased their membership by over 40 percent and that they have shown continuous focus on membership recruitment and retention.

A main focus of the group is professional development, according to Enrique Guzman, a Mathematics, Engineering, Science Achievement (M.E.S.A.) Program Coordinator and Gaucho alum who advises Los Ingenieros.

Guzman was a member of the organization in his undergraduate career.

“There are a lot more people doing internships and research in comparison to my years and a lot more students going to graduate school. The organization’s been growing and evolving with the times,” he said.

One of Los Ingenieros’ efforts in professional development is the annual Professional Academy for Student Success (P.A.S.S.), a full day of workshops held in partnership with the M.E.S.A. program.

At P.A.S.S., for example, “we… try to expose our members to the professional world and networking with other students,” Angel Rocha, fourth-year mechanical engineering major and Los Ingenieros president, said.

“One of our main events is Science and Technology M.E.S.A. Day. We bring in 500 middle schoolers and high schoolers to compete in engineering competitions,” Rocha said.

The program serves local students from sixth to 12th grade.

The [organization also gives tours and hosts science projects for more than 1,000 high school and middle school students who visit UCSB on school-organized trips per year, according to Micaela Morgan, K-12 programs director and M.E.S.A. director.

Beyond professional development and community outreach, Los Ingenieros focuses on supporting its members socially and emotionally.

“Being a S.T.E.M. student is difficult and staying in a S.T.E.M. major can be even more difficult and it is important to have that community where one can tap into,” Guzman said, noting that this is especially true since many of the members of Los Ingenieros are first-generation college students.

Los Ingenieros partners up younger members with mentors, holds social events and seeks to build a community within the group, according to Rocha.

Correction [Jan. 11]: Morgan is the M.E.S.A. director, not coordinator, as stated in a previous version of this article.

A version of the article appeared on p.3 of the Jan. 10 print edition of the Daily Nexus.

Laila Voss is a reporter at the Daily Nexus and can be reached at news@dailynexus.com.