The Daily Nexus
Sports
Storybook Franchises Claim Their Places Against Two Unlikely One Seeds
October 14, 2021 at 2:35 pm by Garret Harcourt

What a way to start the postseason. Two classic rivalries, one between the longtime rivals, New York Yankees and Boston Red Sox, the other between playoff foes, St. Louis Cardinals and Los Angeles Dodgers. 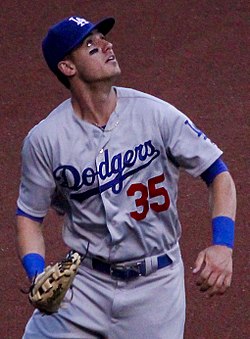 In the wildcard round, the Yankees got shut down by the Red Sox pitching as Boston’s starter Nathan Eovaldi went 5 innings, striking out 8, while only allowing 4 hits.

On the other hand, the Yankees’ 300-million-dollar man, pitcher Gerrit Cole, was expected to be the ace to pitch them to victory. However, Cole disappointed as he went a mere 2 innings, giving up 3 runs in the process.

The Yankees went on to lose the game 6-2 and the Red Sox moved on to face the Tampa Bay Rays in the American League Division Series.

In the other wild card game, the Cardinals and Dodgers produced one of the best games of the year.

Cardinals’ pitcher Adam Wainwright and Dodgers’ pitcher Max Scherzer each gave up 1 run before handing the ball over to their excellent bullpens that kept the game tied until the bottom of the 9th inning.

At this crucial moment, the Cardinals brought on their closer pitcher Alex Reyes to face shortstop Chris Taylor, who was a late-game substitute for the Dodgers. On the fourth pitch of the at-bat, Taylor launched a walk-off 2-run home run to move the Dodgers onto the San Francisco Giants.

Moving on to the American League Division Series, the Houston Astros proved to the MLB that even after the cheating scandals, they are still a top-tier baseball team.

The Astros pulled off the 3-1 series victory against a very young Chicago White Sox lineup that should be around for many years to come.

On paper, the pitching rotation of White Sox’s Carlos Rodón, Dylan Cease, and Lance Lynn should have dominated most teams. On the other hand, these pitchers are all fastball pitchers, which is why the Astros managed to score 31 runs across four games.

On Tuesday, the Red Sox finished off the Rays in a dramatic fashion, with second baseman Enrique “Kike” Hernández hitting a walk-off flyout against the Rays.

After getting shut out by the American League regular-season champions, the Red Sox had their backs up against a wall. They responded with a comeback victory amounting to a victory of 14-6.

The following game, the Rays looked poised to take the lead, but a controversial play went the way of the Red Sox, leading to a walk-off home run by Boston. Then, another nail-biting match in game four led to the Kike Hernández win setting up a Red Sox versus Astros American League Championship Series.

In the National League, the Dodgers are in the same predicament, being behind 2-1 with their ace, Walker Buehler pitching for them.

Pitcher Walker Buehler will head into the Dodger game on short rest but with the ultimate confidence backed by a 2.53 postseason earned run average.

Pitcher Charlie Morton will be on the mound for the Braves as they look to clinch a spot from a talented Brewers pitching staff, consisting of two Cy Young Award hopefuls — pitchers Corbin Burnes and Brandon Woodruff — and the presumed National League Reliever of the year, pitcher Josh Hader.

The Giants back an impressive pitching staff as well headlined by game-one pitcher Logan Webb and submarine pitcher Tyler Rogers.

The Dodgers will be looking to stay alive this postseason while the Braves have booked their place in the National League Championship to play either the Giants or Dodgers.