After 18 months of remote instruction due to the COVID-19 pandemic, thousands of students moved back to Isla Vista and its surrounding areas for Fall Quarter 2021. Despite the surge in population, I.V.’s COVID-19 case numbers have remained fairly consistent with pre-move-in levels. 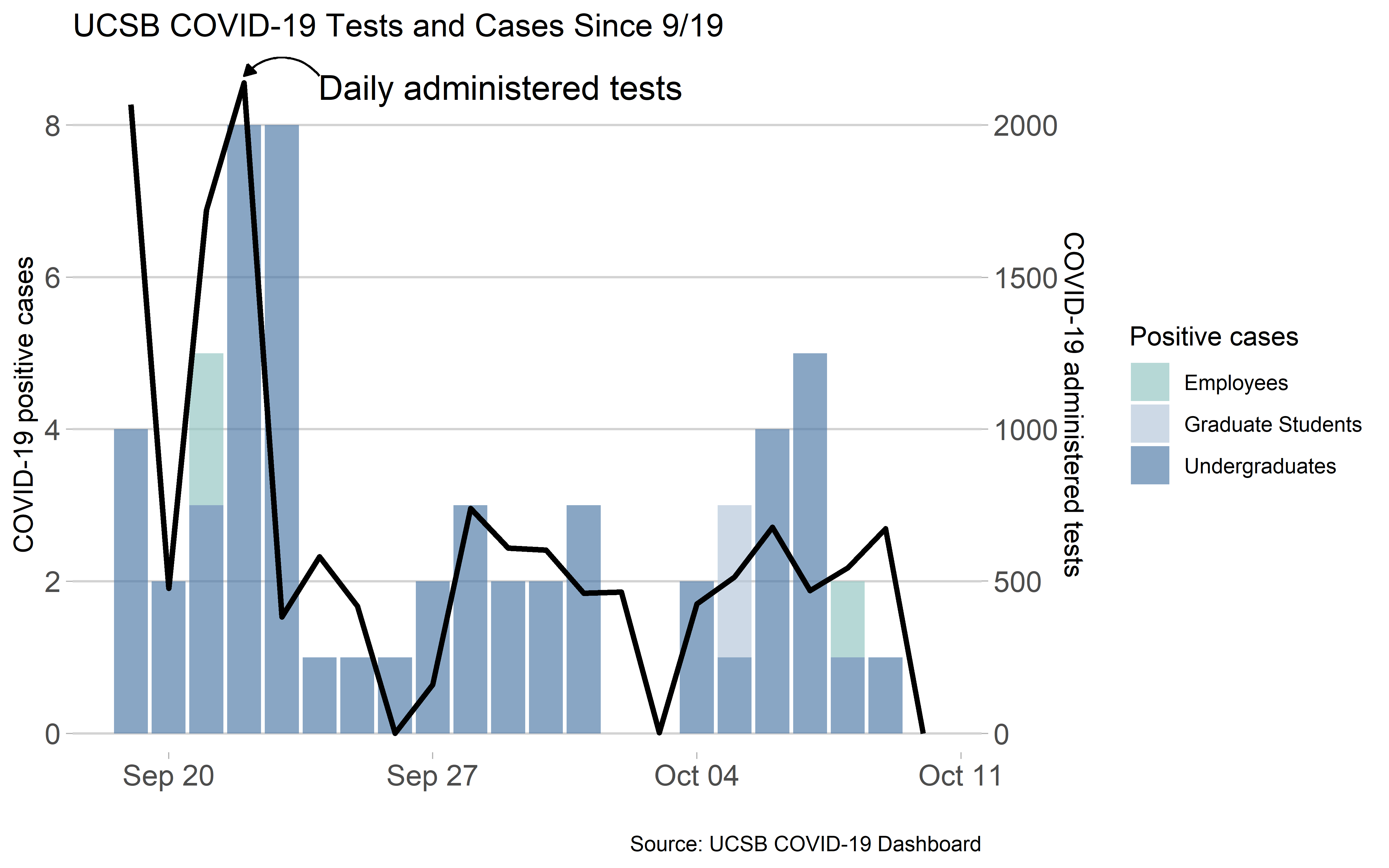 “The vaccination mandate at UCSB has proven to be very effective. IV has less community transmission than most of the rest of the county,” Jackie Ruiz, Santa Barbara County Public Health Department public information officer, said in a statement to the Nexus. “This is proof that high vaccine uptake works in getting the pandemic under control.”

“There are still pockets of vaccine hesitancy in the non-UCSB IV population,” Ruiz said. “Zip code 93117 — with a total of 53,000 residents including Goleta/IV, but also Gaviota, Naples, Capitan etc. — has the highest percentage of the eligible unvaccinated persons in the county and the lowest percent of partially vaccinated which could indicate a high level of continuing vaccine hesitancy. It is difficult to know with certainty how Isla Vista is faring within this rather large zip code, however.”

In comparison with the other UC schools, UCSB’s tests per total number of students falls behind UC Berkeley, UC Davis — which mandates vaccinated students to get tested once every two weeks — and UC San Diego, which mandates vaccinated students to get tested every week for the first four weeks. UCSB’s seven-day average number of student tests has been between 360 and 410 since the beginning of October. 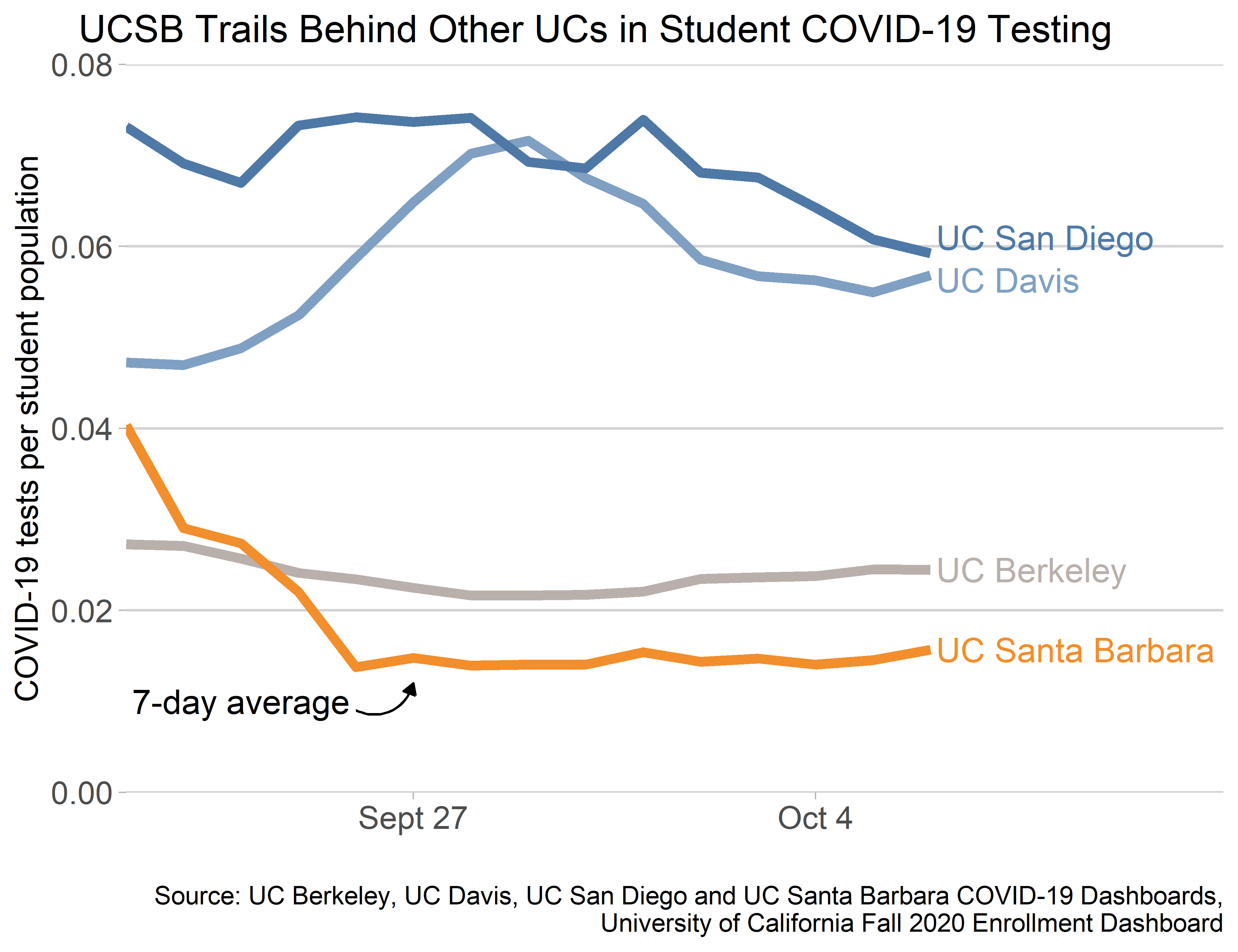 UCSB has reported 57 positive COVID-19 cases since Sept. 19. Three of these cases have been from UCSB employees, two from graduate students and the remaining 52 cases were from undergraduates. There were 29 positive cases in the first week as there were 7,787 tests.