The Daily Nexus
The Daily Stench
Campus Alex Confused as to Why S.T.E.M. Majors Think He Is So Hard All the Time
October 14, 2021 at 4:20 am by Amon Gus 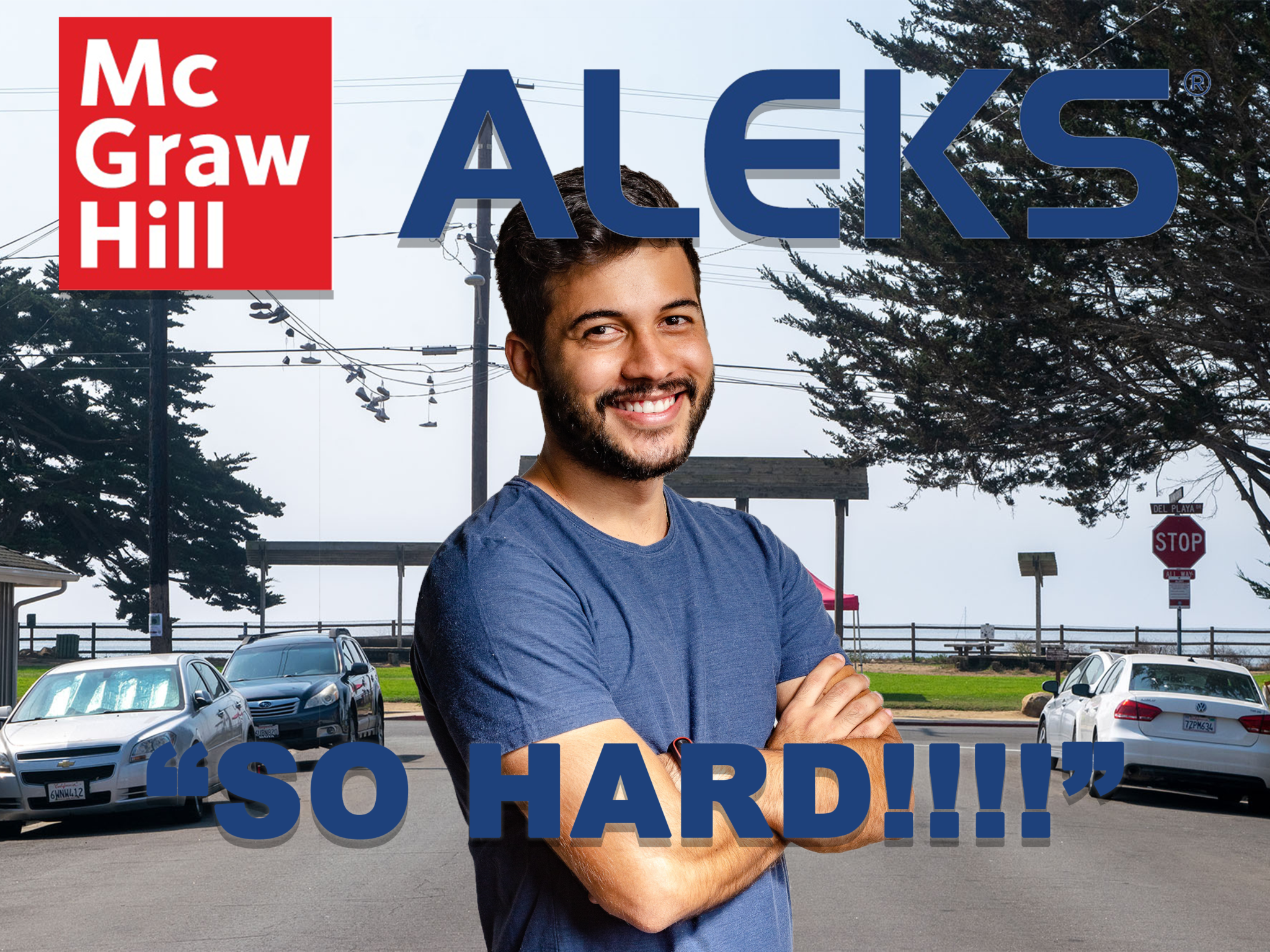 “I first noticed it about halfway through week two,” a slightly distraught Alex said. “I was walking through the dining hall when I heard some girl tell her friend, ‘Ugh, Alex is so hard.’ I checked and double-checked my pants. Nothing there.”

The situation only got more complicated from there. “Later that week, I was talking to a group of guys that said they couldn’t go out that weekend because they were too busy doing Alex,” he said, a tear slowly sliding down his cheek. “So I cleared my schedule and everything and they never showed up. They said something about homework. Happened with girls, too.”

Unaware that the Aleks they were referring to is a common homework platform for chemistry, Alex, a first-year classics major, continued.

“People say they’re doing Alex all the time. Who the hell is this Alex? And how is he so good at getting it?? Because they sure as hell aren’t talking about me!” Alex cried, basically sobbing at this point. “I know it’s a common name, but GOD. It’s like I’m being led on by the entire campus.” Alex nervously mentioned off the record that he has been taking free condoms from the Safe Sex tables outside the library and is growing increasingly disheartened that he has repeatedly almost found uses for them.

Despite all this, what upsets Alex the most are the repeated attacks on his character and references to his genitals. “They always say I’m hard. It’s never anything nice about me. Never, ‘Oh, Alex is so sweet, I would love to get to know him better.’ Never, ‘Oh, Alex is such a great guy to be around!’ Never, ‘I’m so glad to have Alex in my life!’ Nope. It’s always that I’m hard,” he said, flipping the table we were using for the interview. “I haven’t gotten a boner in years!”

At this point, Alex was deemed unfit to continue with the interview. He left the room, as expected, fully flaccid. Probably.