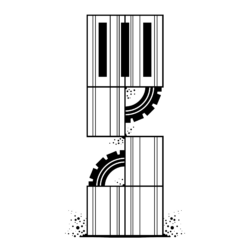 Rae Wynn-Grant, a researcher with the Bren School of Environmental Science & Management, recently collaborated with researchers throughout New York state to model and map human-black bear interactions throughout the mountain range. The researchers found that most of the encounters happened in the urban-wildlife interface — away from both urban landscapes and dense forestland — where development has increasingly encroached on the Catskills in recent years.

A Generational Conflict of Interest

Finding consensus in climate policy is hard, especially globally. What do the rich and poor — or young and old — stand to lose or gain from aggressive climate policies? Haozhe Yang and Sangwon Suh, researchers at the Bren School of Environmental Science & Management, attempt to answer that question with a generational deep-dive into the economic costs and benefits of climate change mitigation over the course of a lifetime.

The researchers found that those born prior to 1960 will experience a reduction in their gross domestic product per capita with climate change mitigation, while those born after 1990 will gain net benefits, although only in low-income countries. Although it might seem inconceivable to students at UC Santa Barbara, many high-income countries experienced zero net economic benefits from mitigation, regardless of what age they looked at.

The Future of Farming

As demand in food rises globally, the world must navigate a landscape of increasingly degraded soil and increasing weather variability due to climate change. As a response to these forecasts, a  number of solutions are emerging to combat the food insecurity of the future. Intercropping, in which two or more crops coexist in the same space on an intermingled plot, has been shown to increase yields. However, whether or not intercropping is sustainable has been more of an open question.

David Tilman, a researcher with the Bren School of Environmental Science & Management, collaborated with researchers at a number of Chinese universities to investigate this. With a few decade-long experiments, the researchers learned that intercropping increases yields and makes them more stable from year to year. In fact, it likely also increases soil fertility.