At the end of the first week of this young NFL season, half of the teams in the league were tied for first place, as they were undefeated at 1-0. However, after Week 2, only seven undefeated teams remain. 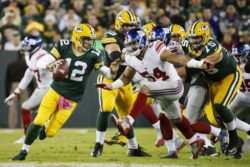 The defending champions, the Tampa Bay Buccaneers, and the Los Angeles Rams are the only 2-0 teams that made the 2020 postseason, while the other five were mediocre at best last year and were on the outside looking in when the playoffs rolled around. One of the more impressive teams out of the remaining undefeated squads looks to be the Las Vegas Raiders.

After the opening of their state-of-the- art stadium in Vegas — which ended their 25-year stay in Oakland — the Raiders had a disappointing year as they finished the season at 8-8 after starting 6-3. To start the 2021 season, the Raiders had a wild overtime victory against the Baltimore Ravens on “Monday Night Football.” Vegas continued their momentum against the Pittsburgh Steelers in Week 2 as their consistent offense, especially from quarterback Derek Carr, and improved defense combined for a complete team effort. At 2-0, the Raiders are tied for first place in the AFC West with the Denver Broncos. However, the reigning conference champion Kansas City Chiefs are not far behind at 1-1.

After starting the season at 1-0 with a against the Cleveland Browns, Kansas City came out with a disappointing effort against Baltimore, as a late fumble by running back Clyde Edwards- Helaire allowed for the Ravens to run out the clock and escape with a 36-35 win.

The defeat for Kansas City marks quarterback Patrick Mahomes’ first loss in September since he was in college, as well as Ravens quarterback Lamar Jackson’s first victory against Mahomes and the Chiefs. Jackson was previously 0-3 against his conference rivals. Both teams will look to improve to 2-1 as the Chiefs take on the Los Angeles Chargers while the Ravens play the Detroit Lions.

The Lions will look to get their first win of the season after coming up short on a comeback effort against the San Francisco 49ers in Week 1 and losing on “Monday Night Football” to the Green Bay Packers 35-17. After losing to New Orleans in spectacular fashion last week, Green Bay refocused and played a solid game in all three phases, while crushing an inferior divisional rival they were expected to defeat. Aaron Rodgers returned to his MVP form from last year while throwing 3 touchdown passes to running back Aaron Jones. Jones added a touchdown in the running game in addition to 115 total scrimmage yards.

Other heavily anticipated matchups in Week 3 include the Indianapolis Colts against the Tennessee Titans as well as the Tampa Bay Buccaneers against the Los Angeles Rams. The Colts have had a disappointing start to their season, as they’ve lost their first 2 games after making the postseason, while the Titans shook off a disastrous opener to beat the Seattle Seahawks in overtime for their first victory of the season. The winner of this matchup will be in the driver’s seat of the AFC South early on in the season.

The LA Rams and Buccaneers game is an NFC matchup of two teams who are looking to be in the Super Bowl conversation. A high- scoring affair led by the teams’ respective quarterbacks, Matthew Stafford and Tom Brady, would not be surprising and should be one of the more exciting games of the week.