Since 2009, UC Santa Barbara’s Department of Electrical & Computer Engineering Professor Yasamin Mostofi and her lab have pioneered groundbreaking sensing methods using everyday radio frequency (RF) signals. Their work first began when they showed how Wi-Fi signals can be used to image through walls, and since then, the Mostofi Lab has uncovered the use of Wi-Fi signals specifically for crowd analytics. This ability had manifold applications from activity recognition to personal identification.

“However, people had to move around to be counted,” Mostofi said. “Counting a seated crowd then remained a challenging and unsolved problem due to the lack of major body motion.”

This difficulty was the main motivation for Mostofi’s most recent work, in which she and her team developed a new mathematical framework that enabled Wi-Fi signals to count a seated crowd using their natural body fidgets.

While seated, people will adjust in their seat and naturally engage in small, in-place motions, such as checking their phone, stretching, and crossing and uncrossing their legs. The aggregate natural fidgeting and natural in-place motion, Mostofi said, carry crucial information on the crowd count, and this information can be used to estimate the total number of people in a crowd.

According to Mostofi, the aggregate fidgeting process results from the superposition of the individual fidgeting sequences of each person. That aggregate process is what the Wi-Fi signals measure.

First, they showed how this specific problem resembled a decades-old, seemingly unrelated queuing theory problem. Queuing theory, according to Mostofi, is a branch of mathematics that studies waiting lines in systems that involve the arrival of customers.

“The customers require a service from an entity that includes a number of servers,” Mostofi said. “We then showed how the CSPs are similar to the times when no customer is at a queue that has infinite servers, while the CFPs resemble the times when at least one customer is being served at such a queue.” 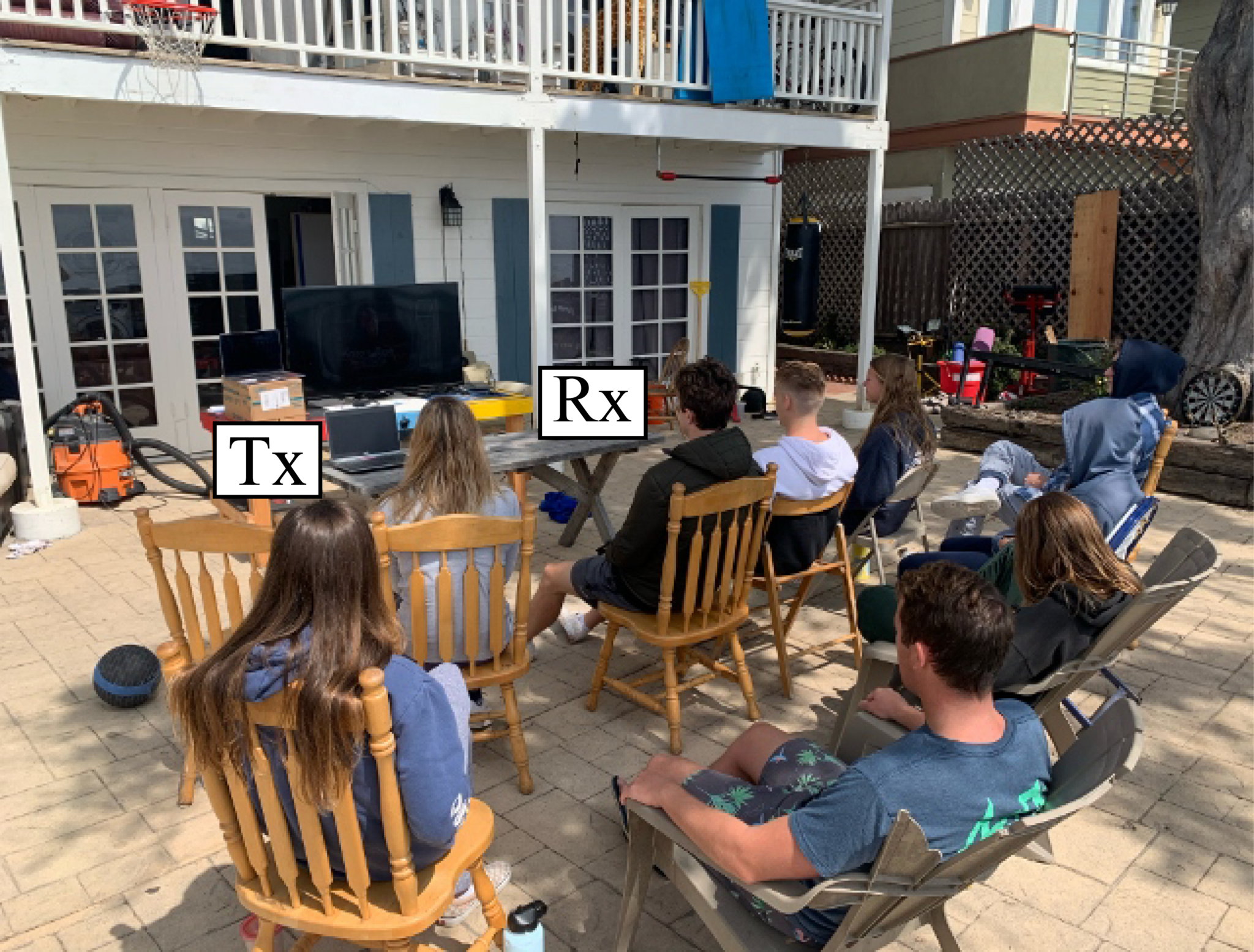 Two WiFi transceivers, labeled Tx and Rx, count the nine participants in this part of Mostofi’s study using the aggregate fidgeting process. These transceivers were able to count crowds at an accuracy of 96.3%. Courtesy of Yasamin Mostofi

This relation allowed Mostofi and her team to borrow mathematical tools from queuing theory to develop an entirely new technique to count the number of stationary people. They validated this approach by conducting 47 experiments in four different areas. In these experiments, up to 10 people sat in different positions, engaging in different activities like reading or watching TV. Twenty of the 47 experiments were conducted through walls in which the Wi-Fi transceivers were placed behind a wall and counted the number of people on the other side.

According to Mostofi, this is applicable to several scenarios in everyday life, as well as optimizing newer, eminent technologies.

“The ability to count the number of people in an area is important for smart buildings, in order to optimize heating, cooling and lighting,” Mostofi said. “Crowd counting can also be very important during a pandemic (such as COVID-19), as it can provide an early warning if the public safety and crowd count limitation guidelines are being violated. Businesses and events can also benefit from crowd counting for planning purposes.”