The Gauchos took their first loss of the season last Monday against a nationally ranked Stanford team. 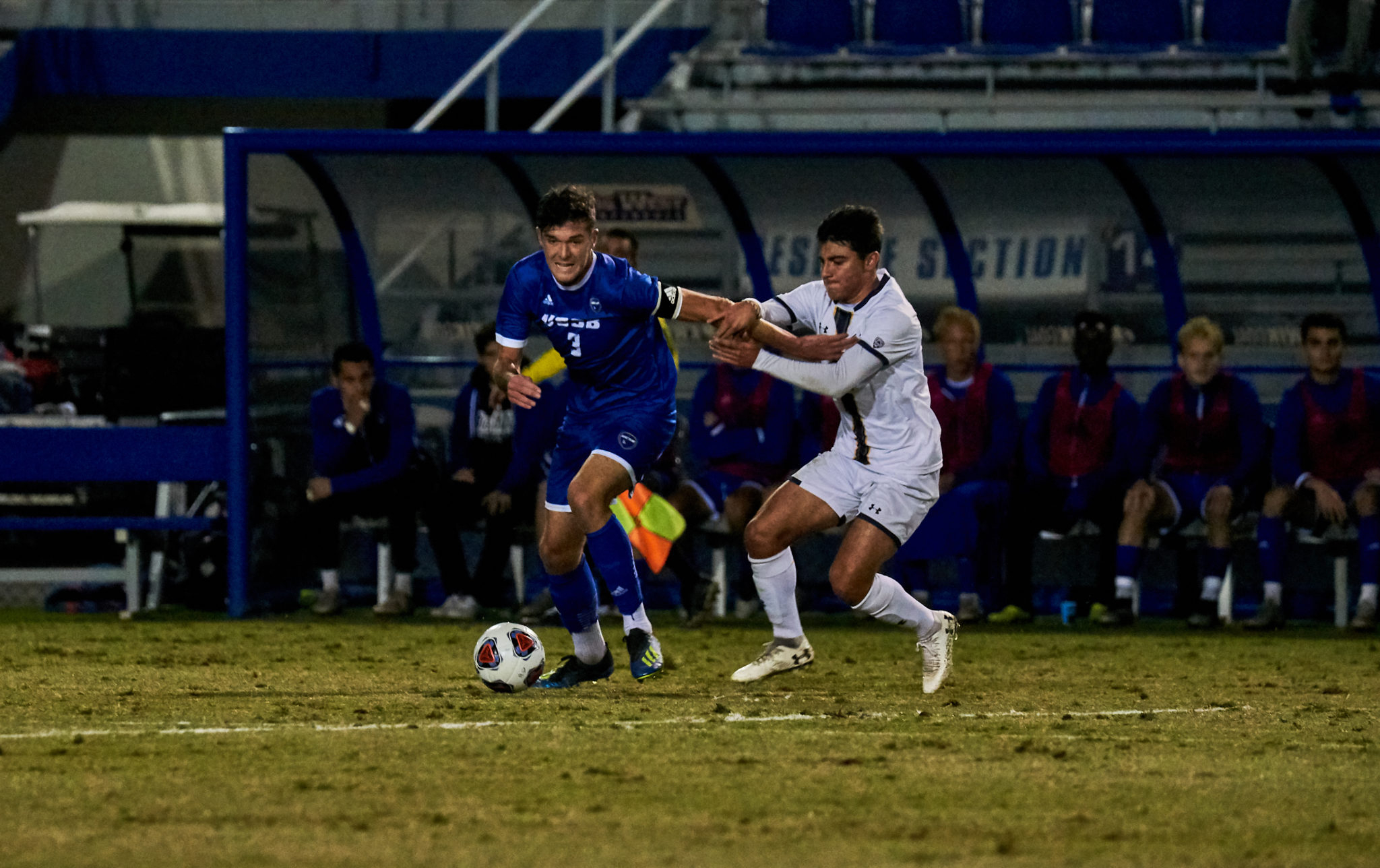 The team struggled in the first half being outshot 10 to 1 and giving up a goal in the 4th minute scored from a center ball to Stanford’s redshirt senior forward Zach Ryan between a flurry of Gaucho defenders. Stanford doubled their lead early in the second half with a goal from junior forward and midfielder Ousseni Bouda, making him involved in both of his team’s goals.

Though down 2-0, the Gauchos had a burst of energy and ended up outshooting the Cardinals 9 to 5 in the second half and netting a consolation goal from junior midfielder Thaabit Baartman, his third of the season.

UCSB sophomore keeper Leroy Zeller saved 4 of the 6 shots on goal in the loss.

The small margin of the loss against No. 12 Stanford is a testament to the skill of this team, but work still has to be done according to head coach Tim Vom Steeg.

“I don’t think we’ve had that much of the ball in any one time we’ve ever played Stanford — that speaks well for us moving forward but we do have to eliminate mistakes, keep creating chances and improve on our finishing,” the coach said.

The Gauchos then traveled to New York to take on the Colgate University Raiders on Friday. Coming off of their first loss of the season to Stanford, the team was looking to bounce back.

The Gauchos came swinging early with 4 shots in the first 10 minutes of play. Their relentless attack continued throughout the first half with another 7 shots, 4 being on target. Just as hot as the Gaucho offense was their defense who stopped the Raiders to a single shot on goal in the 45th minute.

Despite netting 17 shots in regulation time, the Gauchos failed to convert, sending the game into overtime. Baartman and redshirt freshman defender Lucas Gonzalez were the standout offensive players taking half of the team’s total shots. However, the lone goal was scored in double overtime by freshman forward Rene Pacheco after junior defender Henry Davies’ deflected shot won the game for Santa Barbara.

Pacheco’s game winner reflects the depth the squad has as “Head coach Tim Vom Steeg went seven deep on the bench in the contest.”

Zeller kept a clean sheet saving the 5 shots on goal from the Raiders. This clean sheet is his third of the season.

The game was a physical one producing 9 yellow cards in 6 games from the Gauchos.

Vom Steeg was proud of his players, but still had some critiques on their play.

“We played really well in the first half but didn’t do well on set pieces. Some of the best chances you can get are when it’s early in the game and the opposing team hasn’t found its rhythm yet, but we weren’t able to capitalize on that,” Vom Steeg said in an interview after the game.

“After that, they started believing in themselves and started playing harder, especially in the circumstance of it being alumni weekend and an otherwise emotional night. They stayed in the game and dumped balls into the box, and you have to give credit to Leroy Zeller for making two big saves for us.”

The need for more consistent finishing seems to be the takeaway from both of these games and the Gauchos will have another opportunity to work on that almost right away.

The Gauchos continue their east coast tour at Cornell on Sunday, Sept. 12 at 4 p.m. PST.