The Daily Nexus
Music
In Review: Angus & Julia Stone Move Forward While Looking Back on “Life Is Strange”
September 7, 2021 at 7:49 pm by Adam Majcher 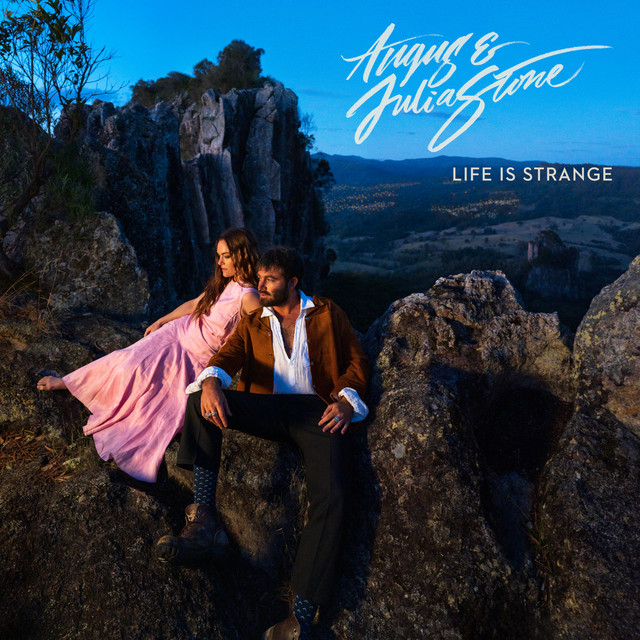 With over 10 albums between them, the Australian brother and sister folk duo still manages to surprise at every turn. It is difficult to say whether the announcement of Angus & Julia Stone’s first album together in four years — “Life Is Strange” — was more surprising due to a release date that was a mere five days away or because it would be the soundtrack to the video game of the same name. Despite the latter, the album holds its own ground as a stand-alone set of tracks and finds the sibling duo continuing their incredible decade-and-a-half-long streak of gorgeously produced and performed folk tunes.

“Life Is Strange” is an instant standout in Angus & Julia Stone’s discography as they incorporate some of the best ideas of their entire careers — both as solo artists and as a duo — seamlessly together while managing to keep it fresh and interesting. Despite looking back, the siblings take substantial leaps forward with their sound. They trade the more ethereal production of their last LP together, 2017’s “Snow,” for heavier guitars, slightly darker aesthetics, moodier and denser instrumentals, and more winding and building song structures; “Life Is Strange” is warmer and more grounded than its predecessor.

The whole album almost feels like a loving reunion between two siblings who build off the amazing things they learned while adventuring on their own solo careers for a few years. In a way, the path to creating “Life Is Strange” is exactly that.

The siblings have both released solo projects since their last album together, with Julia following an art-pop direction with her album “Sixty Summers” earlier this year, and Angus continuing his solo career in stoner rock under the moniker DOPE LEMON in his 2019 album “Smooth Big Cat.” While “Life Is Strange” is undeniably folk, influences from both their solo works can be found within the album.

On the track “Love Song,” the psychedelic instrumentation and drowned-out vocal effect on Angus’ voice show a clear fusion between the siblings’ previous folk works and Angus’ solo projects. The synths on “From A Dream” sound like they were taken from Julia’s “Sixty Summers” but toasted on a warm fire. And yet these seemingly distant fusions somehow sound effortlessly cohesive as the album flows from one track to the next.

Continuing the trend of incorporating their past into the present, the tracks “For Remembering” and “Blue” directly build off of songs from the duo’s 2014 self-titled album. “For Remembering” starts out with almost exact lyrics from “My Word For It,” but the song changes from a cool, groovy beat to a soft-spoken ballad that also introduces a completely new chorus. “The night is for remembering,” Angus and Julia sing, reflecting on their past work before the song suddenly shifts and the instrumental swells to a beautiful crescendo backed by Julia’s vocal harmonies. Simultaneously nostalgic and transcendent, the track is a huge standout.

“Blue” takes a different approach, acting as an almost cinematic reunion between the past “Main Street” and the present. Trading the electric guitar of the original for an acoustic guitar and banjo, the duo sings “You met me on the corner down Main Street” at the end of each verse in a subdued tone, perhaps a long-awaited reunion after singing “You rode me on your bicycle down Main Street” seven years ago. Adding to the emotion of the song, the siblings earnestly sing “Tell me there’s no need to be scared / Tell me that you’ll always be there,” pulling at the heartstrings while the instrumental strings flutter to their voices.

The album also has songs that are unlike anything Angus & Julia Stone have done before. The tracks “Take Me Home” and “Let Me Know” repeat the same lines over and over again as they gradually build to a beautiful finish, a concept that the duo has never really tinkered with before but execute with flying colors nonetheless. Whereas “Take Me Home” incorporates a loud, thumping guitar melody that grows and grows over the course of the track before ending in a crescendo, “Let Me Know” layers multiple instruments and vocals together over the siblings wispily repeating “Do I stay or do I go?” By the end of the track, you feel like you are one of the petals of the dandelion the duo plucks and throws to gently float in the wind as they ruminate on what to do.

A final track to highlight is “Living Underground,” which may be the darkest track in their entire discography. Layered, dense production along with somber vocal exchanges between the siblings create an extremely ominous mood that is both engrossing and incredibly satisfying, especially when the tension reaches its peak on the final chorus.

Despite most tracks being straight bull’s-eyes, “Forever For Us” fails to leave a strong impression and mostly goes over as a cute but uninspired love song. Similarly, the album’s closer “Tears” fails to add anything unique to the siblings’ discography as Julia’s beautiful background vocal harmonies and Angus’ lyrically strong verses are let down by a drab chorus and run-of-the-mill production. Nonetheless, these tracks are far from unlistenable and are more than made up for by the plethora of highlight tracks on the record.

On their fifth studio album together, Angus & Julia Stone effectively deliver a fantastic set of tracks that keep pushing the duo forward while never losing sight of their past musical journey. With too many standout tracks to cover and cohesive production and themes to tie all of them together, “Life Is Strange” is another extremely solid addition to their ever-growing discography.

By the end of the album, it is clear that the sibling duo created an experience that is even greater than the sum of the past pieces they built it from.