The University of California Student Association elected UC Santa Barbara External Vice President of Statewide Affairs Esmeralda Quintero-Cubillan as its president on Aug. 7, the first UCSB student to hold the title since the 1980s. 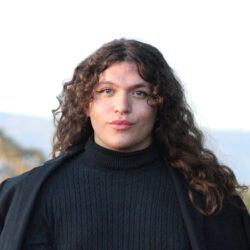 The University of California Student Association (UCSA) is made up of the nine UC’s respective External Vice Presidents of Statewide Affairs (EVPSA) and their legislative and organizing directors within the UC system.

To become president, Quintero-Cubillan was nominated and seconded by two members of the UCSA, after which the nine EVPSAs voted to elect her as president for the 2021-22 academic year.

According to Quintero-Cubillan, their work on UCSA’s executive board as president will involve working in conjunction with various entities — including the UC Board of Regents, the UC Office of the President, the California governor, state legislators and other federal entities — to promote UC-wide initiatives.

They ran on a platform of making UCSA a more equitable space and strengthening federal lobbying power by connecting UCSA to other student unions, like the University of Oregon and the University of Arizona, to revive the United States Student Association as a whole.

“However, when we come as a collective with other students in the body, and across the United States, we have the opportunity to do more work that could be exponentially more efficient and effective.”

Quintero-Cubillan plans to take a “holistic look at student success” with her proposed projects, including an assembly bill that would expand Medi-Cal to all undocumented immigrants, divestment from the Thirty Meter Telescope project in Hawaii, prevention of the privatization of childcare for student parents and a safe return to in-person learning.

Quintero-Cubillan’s approach to the position is one of harm mitigation, they explained.

“There’s so many different forms of harm, whether it be COVID-19 outbreaks, housing, food insecurity. And then, honestly, overpacking [students] because this university is running dangerously low on housing.”

Quintero-Cubillan also said that her work with the other UCSA EVPSAs has encouraged her to build a larger office staff to accommodate the workload.

“When I entered my office, I originally had about 17 staffers, and then entering the UCSA space, looking at all the other office structures, [I saw] that we actually desperately needed positions that just never existed or were removed from the office because EVPSAs didn’t want to fill them,” they said.

She now has an office staff of around 30, including two chiefs of staff, organizing and legislative directors and two deputies.