The Daily Nexus
Sign of the Times
Does Critical Race Theory Belong in the Classroom?
August 21, 2021 at 5:17 pm by Tiana Molony 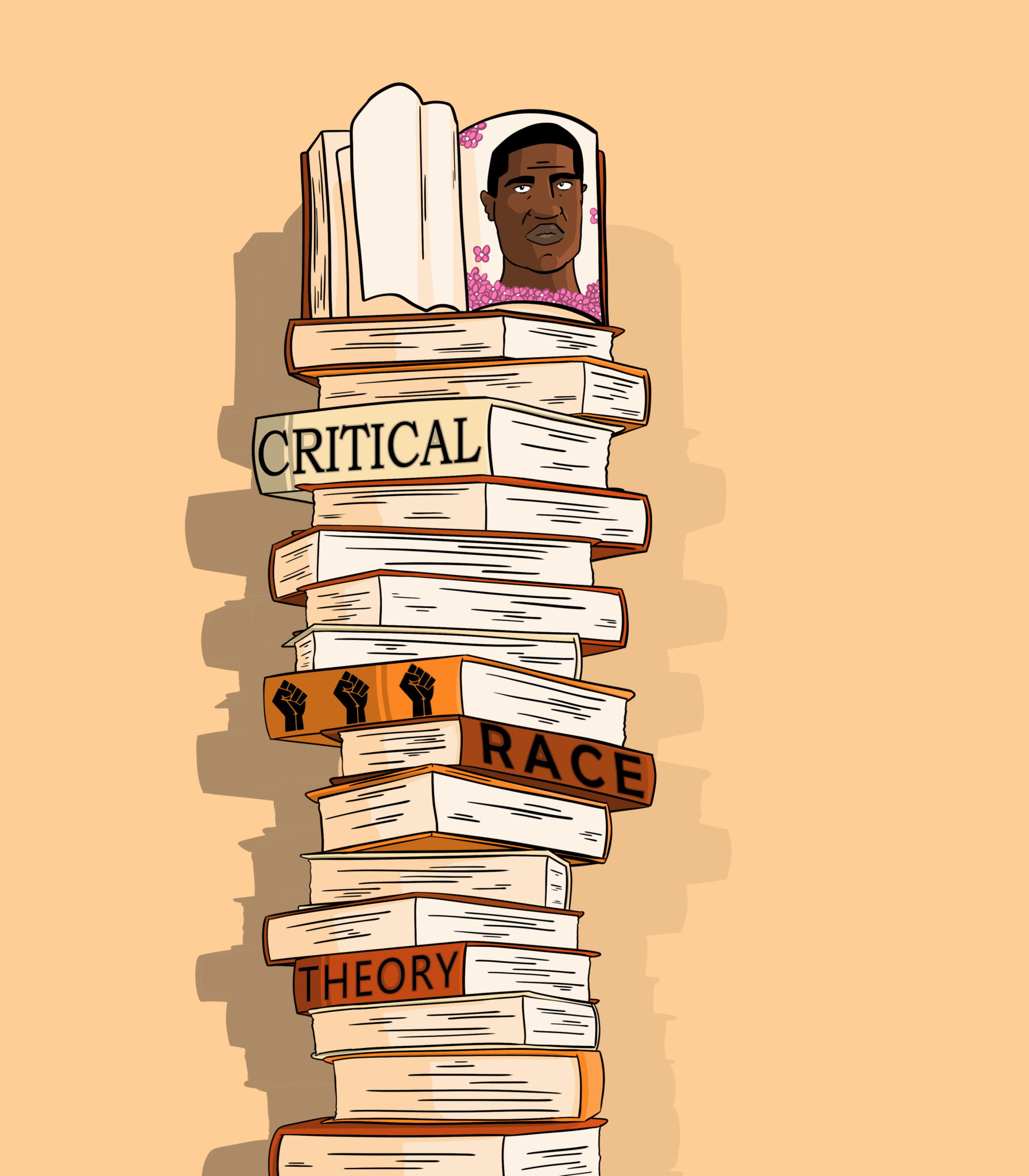 My primary focus this past year was the severity of the pandemic, which often made me numb to other significant events. To name a few: The Australian bushfires, Kobe Bryant’s death, the impeachment of former President Donald Trump and lastly, the rise of the Black Lives Matter movement followed by Trump supporters storming the Capitol in a malformed coup attempt. (It almost sounds like I am making this stuff up.) Nevertheless, these past two years have been impactful, and these events have sparked a chance for social change.

The Black Lives Matter (BLM) movement, which resurged in 2020 following the murder of George Floyd, was reminiscent of the Civil Rights Movement in the 1950s and 60s. Both movements relied on the mobilization and activism of primarily young individuals. The BLM movement’s long-term effects are essential to America’s future regarding the treatment and rights of Black lives. But how has the movement’s significance influenced American education?

Critical Race Theory (CRT) is defined by Kiara Alfonseca, a founder of CRT, as a “discipline that seeks to understand how racism has shaped U.S. laws and how those laws have continued to impact the lives of non-white people.” Racism and inequality persist in various institutions, such as the economy, politics, the police force, education and so on. The creators of CRT aim to educate individuals on our instilled inequality and, hopefully, mend our racist institutions.

Some may confuse CRT with systemic racism or inclusion training, and, while these methods are essentially different, they tend to go hand in hand. Systemic racism is essentially a building block of CRT whereas CRT works to provide a comprehensive history of racism in America. So, while both methods have similar objectives, CRT implores one to examine how America’s past has shaped these institutions. When discussing CRT, it is important to survey the current state of our political climate.

Our current political climate is more partisan than ever, as the recent switch in presidential powers created further tension between political parties. Former President Trump showed distaste towards CRT, and in September of 2020, he signed an executive order to ban inclusion training in U.S. schools. As the BLM movement grew, CRT became more of a political issue than a social one. Americans have been taught to take sides in almost all political issues. (Even though human rights shouldn’t be considered a political issue, but I digress.)

While I cannot empathize with the individuals affected by this issue, I can say that I have watched my fellow peers struggle with feeling displaced in a system that was not set up with their success in mind. I see clear issues with the way our institutions operate, and I feel it is important to examine the events of this past year to better comprehend the importance of inclusion training within the education system. While the resounding response to Floyd’s murder was a call to justice, there also came an abundance of deniers who claimed that Floyd’s murder wasn’t a murder at all but some accidental overdose.

The common thread between these deniers is their right-winged political beliefs, often exposing evident racism within the political sphere and other right-winged groups. Right-wing political commentator Steven Crowder even went so far as to “reenact” Floyd’s murder by having an individual kneel on his neck for eight minutes. (Crowder’s segment contains potentially disturbing content for some viewers.) This reenactment was done incorrectly and in entirely different circumstances as Floyd’s actual murder but is an example of the lengths that right-wing individuals may go to deny the existence of systemic racism within institutions such as the police force. It was also a way for him to turn Floyd’s murder into one of his “comedic” segments.

I see clear issues with the way our institutions operate, and I feel it is important to examine the events of this past year to better comprehend the importance of inclusion training within the education system.

Therefore, one must question the actual intention of right-winged political views toward Black rights. Are their stances toward CRT rooted in fact or opinion? Crowder’s actions, and many like it, are the precise reason why inclusion training at a young age may prove beneficial to our society. The issue is that deniers of systemic racism see no problem with the systems and infrastructure. The American society has made it increasingly challenging for Black individuals to succeed. The denial is not only against CRT but the existence of systemic racism itself.

A popular belief is that Critical Race Theory goes beyond systemic racism in its scope. It may be pinning Black and white people against each other by instilling that regardless of a white individual’s intentions, their choices are fundamentally racist. Stephen Sawchuck states: “Critics charge that the theory leads to negative dynamics, such as a focus on group identity over universal, shared traits; divides people into ‘oppressed’ and ‘oppressor’ groups; and urges intolerance.”

I recognize my own perspective, biases and the limit of my current research and knowledge. That being said, I believe that the CRT curriculum should only be instilled in education once there is a better understanding of the term or once we are better able to educate resistant individuals on the basic facts of systemic racism.

However, as this past year has shown us, we can’t convince stubborn individuals of this fact, but we can start by introducing inclusion training within K-12 education that works to overturn instilled segregation and to prevent further misinformation on this topic as it falls victim to political debate. It is especially important to discuss these issues among our younger generations, as they have demonstrated their ability to evoke social change.

Tiana Molony believes that while Critical Race Theory may not be the perfect answer, it is certainly a step in the right direction to starting a conversation that actively overturns our racist institutions.

Tiana Molony
Tiana is a Sociology major and is pursuing the Professional Writing minor. She can be found petting the nearest dog and constantly going through rolls of film.

Hi, thank you for your input. Critical Race Theory is considered a critical theory. “Critical theory is any approach to social philosophy that focuses on reflective assessment and critique of society and culture in order to reveal and challenge power structures”. So, referring to critical race theory as a “theory” refers to the definition of a “critical theory”.