At the 1992 Olympics held in Barcelona, Spain, NBA greats such as Michael Jordan, Magic Johnson, and Larry Bird helped lead the United States to a gold medal in the first appearance of professional basketball players at the Olympic Games. This squad that later was dubbed the “Dream Team” dominated their competition and had an average winning margin of 43.8 points per game. Even after losing by almost 45 on average, players representing their nations were proud to just compete against all-time athletes and would take pictures with their idols after the final buzzer. However, the international basketball players of today’s game have a different mindset. They don’t want to take pictures; they want to win, and some actually have the talent to do it. 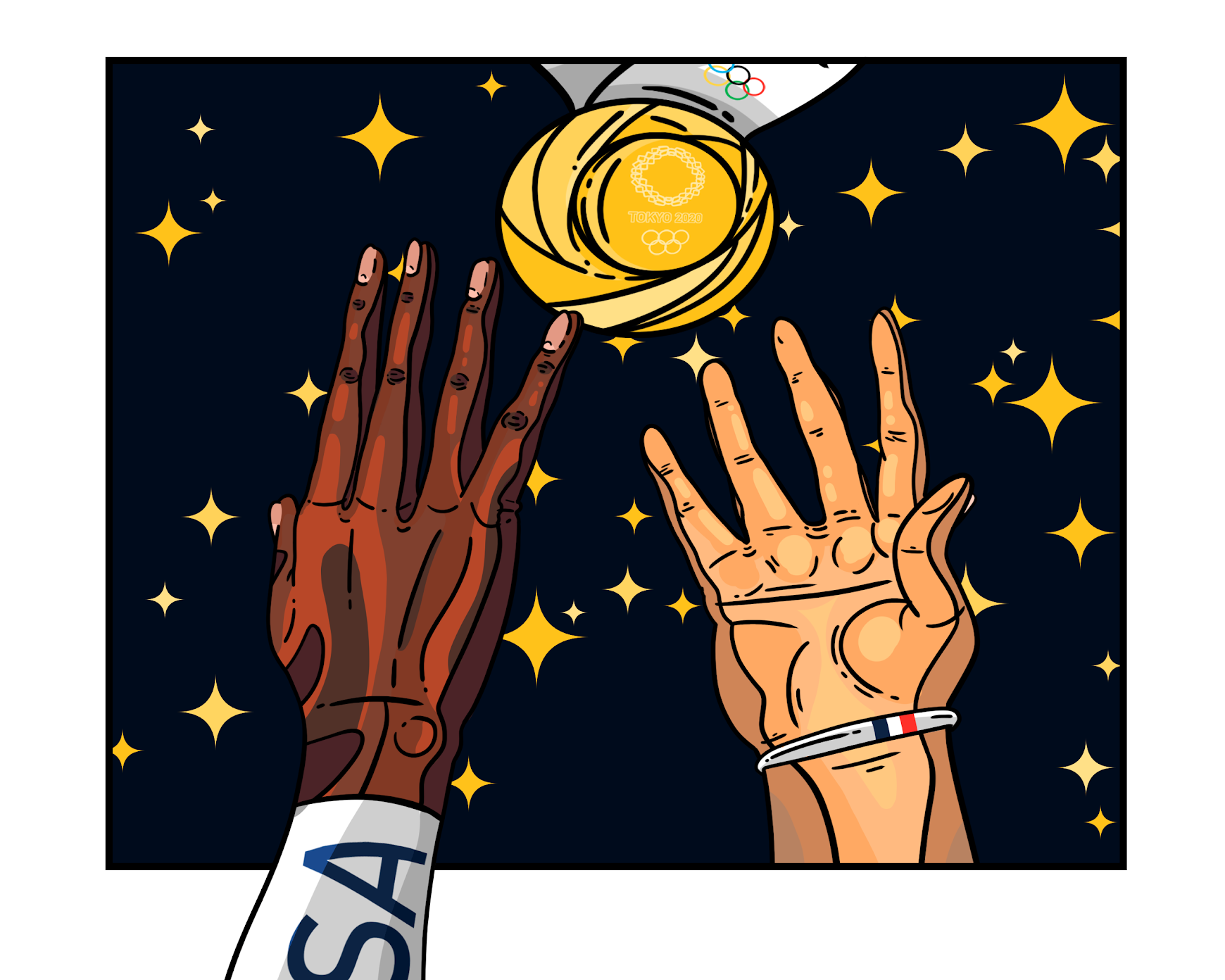 France and the United States battle for gold in the final match. Luca Disbrow.

Nowhere was this more evident than in the United State’s exhibition games leading up to the Tokyo Olympics. USA lost their first two games as they faltered late against the inferior rosters of Nigeria and Australia. The Americans, led by All-NBA players Kevin Durant and Damian Lillard, brushed off these losses as just an opportunity to improve, as these NBA All-Stars needed time adjusting to playing with players at their level, while Devin Booker, Jrue Holiday, and Kris Middleton were still competing in the NBA finals. These excuses did not hold up as the United States dropped their first game in Tokyo against France. The loss snapped a 25 game winning streak at the Olympics for the program that dated back to the 2004 knockout round. The team continued to be criticized as more and more doubt about the United State’s success crept in.

The French were able to take advantage of what the opponents of the “Dream Team” never had: NBA All-Star talent. Rudy Gobert is only one of an increasing number of NBA players that don’t play for the United States who represent their countries in the Olympics. Dallas Mavericks phenom Luka Dončić has willed his country, Slovenia, to the semi-finals in the Balkan nation’s first-ever Olympic appearance. NBA Hall of Famers and brothers Pau and Marc Gasol represented Spain for the final time after winning their countries two silver medals together, while Pau won a bronze in 2016. This growing trend shows the talent gap in international basketball is closing fast and that the days of the United States steamrolling their competition at the Olympics may be behind them.

Even with this reality, the United States still had the best team and was considered the favorite to win. After their loss to France, the United States won their remaining games in group play and were able to hold off Spain in the quarter-finals to set up a matchup with Australia, a team that rosters NBA veterans Patty Mills and Joe Ingles as well as All-NBA Defender Matisse Thybulle.

The Americans started their semifinal matchup slow as they found themselves facing a 15 point deficit. However, USA stormed back with a 31-6 run that Australia never recovered from. Kevin Durant was a force on both ends of the floor as he finished with 23 points and was a menacing rim-protector on the other end. The victory set up a rematch with France in the gold medal game and gave USA a chance for revenge.

The final was a closely contested matchup, however, the talent the Americans had was too much for France to hold off this time as they were forced to settle with their third silver medal for basketball at the Olympics. France’s NBA players had good games again, but it was not enough to overcome a roster flooded with their professional counterparts. The five-point defeat stung for the French as Rudy Gobert left the court in tears. With the margin of error for the United States being the smallest it had in decades, this Olympic tournament may have been one of the greatest ever.