Spanning Sunday, July 11 through Tuesday, July 13, the 2021 MLB draft marked another gradual step of the sports world returning to relative normalcy. Caveats were still undoubtedly present; the event overlapped with MLB’s All-Star Break in July rather than its typical slot in early June. Reported by Baseball America’s J.J. Cooper in early April, the delayed start was supplemented by the announcement that commissioner Rob Manfred and the MLBPA had settled on a 20-round draft. While reversion back to the usual 40-round format will have to wait another year (barring any bombshells in the collective bargaining discussions set to take place at the upcoming Winter Meetings), college and high school players, as well as general managers desperate to bolster depth, undoubtedly rejoiced. The 5-round format of 2020 which saw a plethora of big-league ambitions delayed or destroyed, while simultaneously forcing many clubs to reshuffle their volatile bonus allotment from lower ticket revenues, proved enough of a headache. Canceled or delayed seasons at the high school through the professional level were, nonetheless, met with tremendous determination. Continued analytical innovations, especially to accommodate remote scouting, are factors bound to be implemented for the foreseeable future. 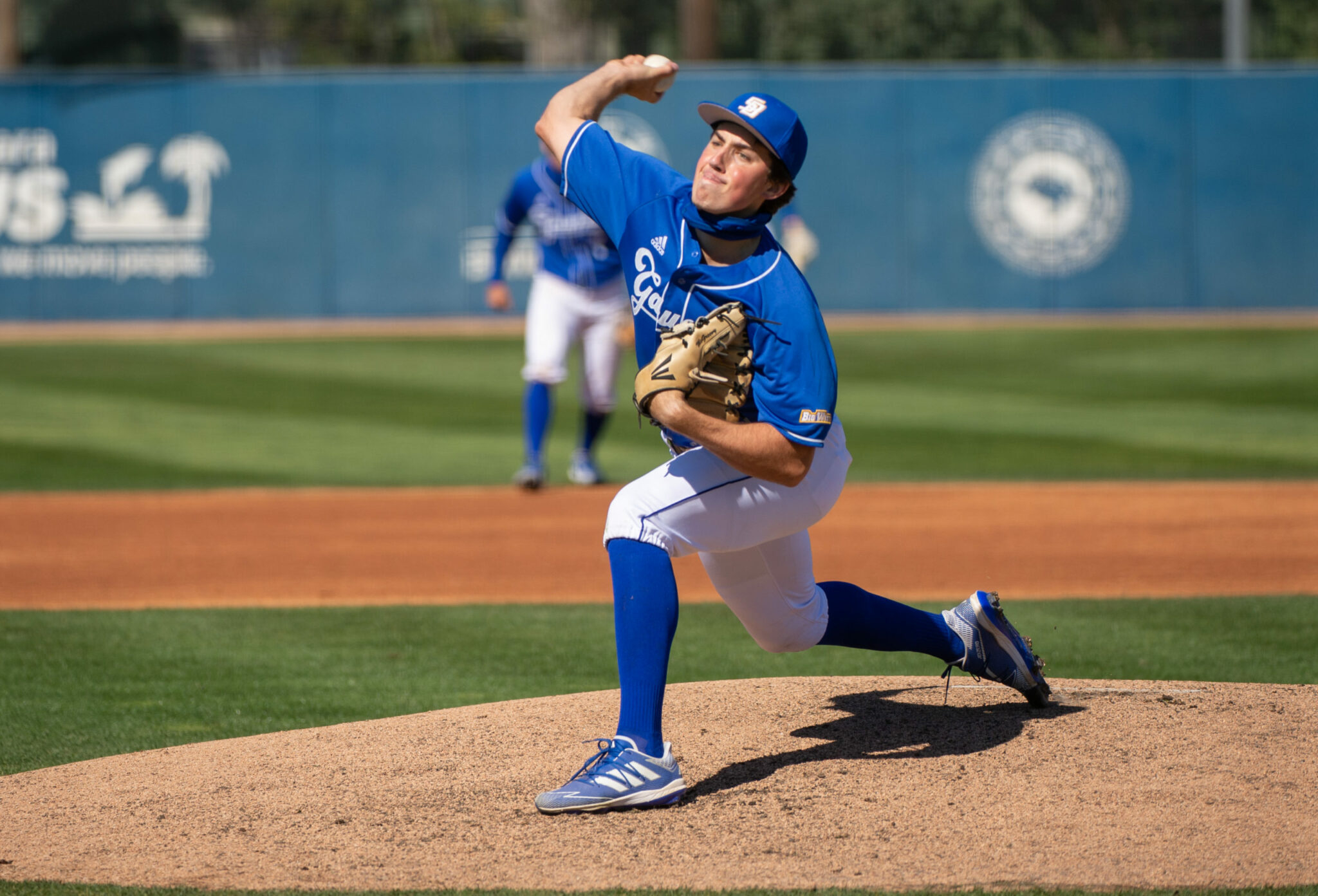 The Cardinals add an intriguing prospect to their franchise while UCSB gets more representation in MLB. AP Photo / John McCoy

With cross country travel still a significant concern, it’s interesting to postulate whether teams emphasized drafting from regions where their scouts possessed the greatest familiarity. Randy Flores, the St. Louis Cardinals’ director of scouting since August 2015 and an El Rancho High School and USC alum, certainly dug into his bag of West Coast contacts as five of the teams’ 21 picks stemmed from southern California schools (with three of those being from Long Beach State, UC Riverside and UC Santa Barbara in the Big West). If Flores and his team indeed spent a majority of their time in California, they were certainly rewarded with some great talent. Together with St. Louis Cardinals’ General Manager Mike Girsch and President of Baseball Operations John Mozeliak, Flores utilized the 18th overall pick on UCSB’s sophomore pitcher Michael McGreevy. The Friday starter for the Gauchos this year is only the second 1st round pick in program history following Dillon Tate, whose memorable three-year career earned him the fourth overall selection in 2015.

After enrolling in 2019, the 6-foot-4 McGreevy immediately became a staple in coach Andrew Checketts’ bullpen. During that year, he appeared in 29 games for the Gauchos and finished fourth-best on the team with 53 total strikeouts and 7.91 strikeouts per 9 innings along with a team-low 1.94 ERA. His grit and dependability as a true freshman earned him All-Big West First Team and Freshmen All-American selections — something even Tate did not accomplish. After transitioning to the rotation for the start of his sophomore year in 2020, McGreevy continued to impress. In four appearances prior to the season’s cancellation, he racked up 26 K’s across 27.1 IP — which included back-to-back starts of 7.0 IP+ while giving up only a single ER.

During quarantine, McGreevy’s heightened discipline off the field — including a strict weight regime and diet — rewarded him with a durable 215-pound frame (which Flores believes they can still get up to 230) heading into his “second” sophomore season this year. He was nothing short of brilliant — striking out 115 batters against just 11 walks across 101.2 IP. His 10.45 K/BB ratio placed him second across all eligible pitchers in NCAA DI. While his 8.0-inning 15 K performance against Cal Poly on April 30 garnered headlines for being the fourth-best in UCSB’s single-game record book, his outing two weeks later was arguably even more impressive when he racked up 12 K’s across 6.1 IP against #22 UCLA. At his final outing for Coach Checketts at the Tucson Regional on June 5 — which with #5 Arizona, #23 Oklahoma State and Grand Canyon presented the Gauchos with one of the toughest roads to potential qualification for the College World Series — McGreevy again showcased tremendous poise across 6.0 innings despite being credited with the loss. Three days prior to the Arizona start, he was included in his second Big West All-Conference Team and without fellow teammate Rodney Boone’s (Rd. 8, Pick 246, Cleveland Indians) miraculous 128 K freshman campaign would have certainly been solidified as at least one of the co-selections for 2021 Big West Pitcher of the Year.

McGreevy enters the Cardinals organization as one of college’s best strike throwers in recent memory. In analyzing the pick live, pundits such as Jonathan Mayo and Kiley McDaniel highlighted that his impeccable command alone presents him with the floor of a future mid-rotation starter. As a former shortstop at San Clemente High School, McGreevy boasts excellent body control which he has turned into a low-stress delivery. He pairs a sinking two-seam fastball  — which typically sits around 92-93 MPH but has been clocked as high as 96 MPH — with a slider, curveball and developing changeup. When placed on the 20-80 draft scale, his slider (60) grades as his best wipeout pitch. According to Synergy Sports in a statistic used by the YouTube channel Wheels, it was responsible for 55 of his 115 K’s this year.

On video, McGreevy certainly emphasizes painting the outside corner when pitted against right-handed hitters. Against lefties, he’ll often stick to that same right side, trying to squeeze them. With his excellent control, however, there is no reason to believe he cannot diversify his pitch locations. Having just turned 21 on July 8, he’s one of the youngest college prospects in his class.

As mentioned above, big congratulations are also in order for Boone, as well as RS junior pitcher Christopher Troye (Rd. 12, Pick 346, Boston Red Sox) and junior infielder Marcos Castanon (Rd. 12, Pick 370, San Diego Padres). All three Gauchos had tremendous seasons, and while each of them may ultimately arrive at different conclusions about signing, the ecstasy of having their name called must still be sky-high.