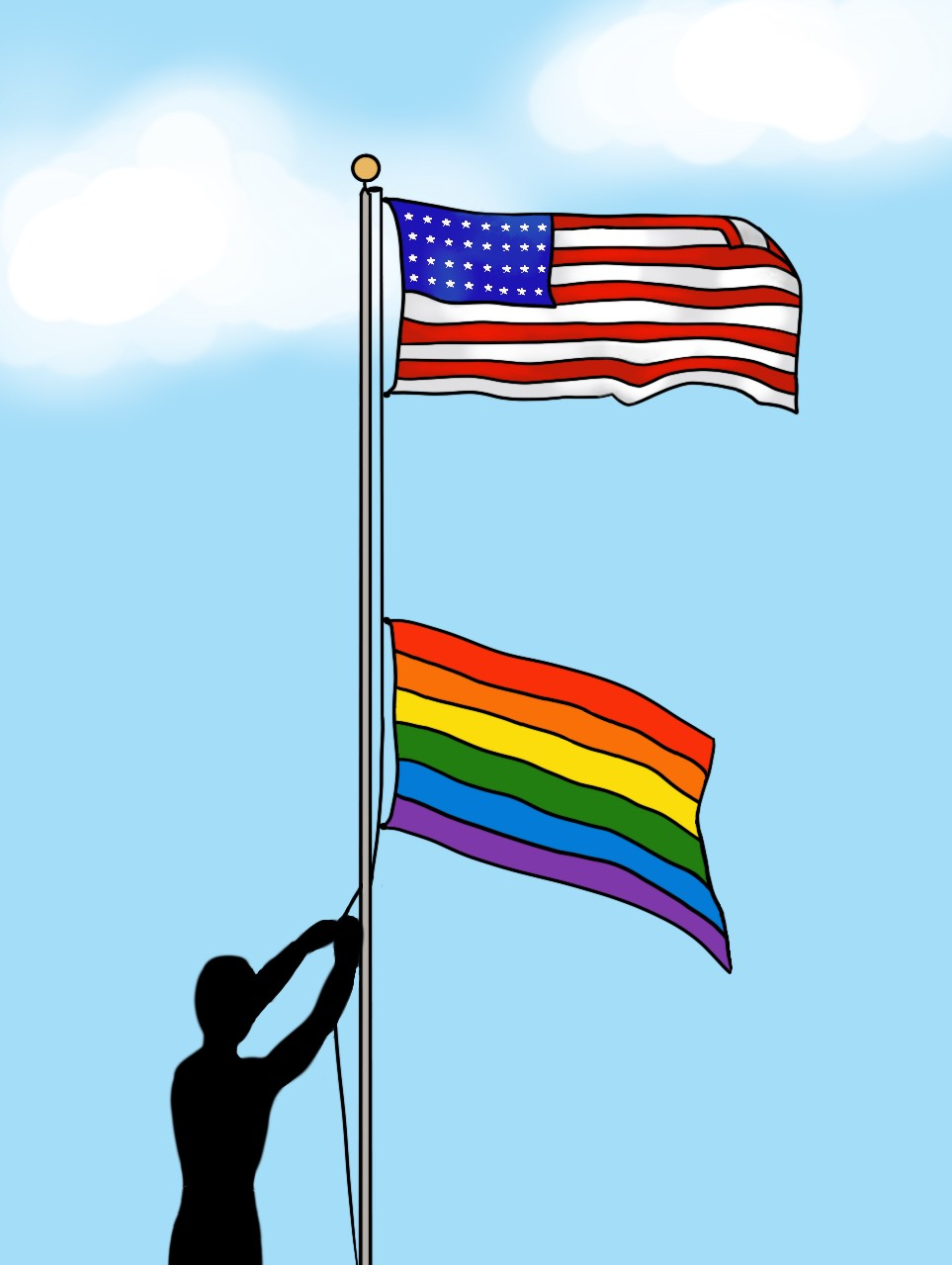 If you are a frequenter of retail therapy like myself, I’m sure that during this past June you’ve seen the many corporations’ attempts at pride-themed merchandise or rainbow signage. At first glance, this is great; major corporations are showing their support of the LGBTQ+ community and increasing the normalcy of publicly displaying that support. However, it is important that these companies carry this support much deeper than the surface.

First of all, as much as we may love to celebrate Pride Month with our rainbow attire and parties, it is important to note its origin. Pride Month commemorates the Stonewall riots, when the NYPD infiltrated the Stonewall Inn gay bar on June 28, 1969. This was not uncommon at the time when homosexuality was criminalized. However, on this day, guests at the bar fought back, notably including Marsha P. Johnson, who threw a shot glass, saying, “I got my civil rights!” initiating the riot that night. This protest lasted six days and was fought by thousands of individuals for the rights of the LGBTQ+ community. The Stonewall riots ignited a fight that has now continued on for over 50 years.

So, needless to say, Pride Month is about a lot more than adding a “Love is Love” clothing line or changing your company’s logo to rainbow colors. This is not to say that these are not great things, but these huge corporations need to put their money where their mouth is.

Huge corporations need to put their money where their mouth is.

Rainbow washing is the occurrence of a company showcasing performative support of the LGBTQ+ community through superficial markers such as rainbow logos and clothing lines. When this happens, these companies are often merely viewing LGBTQ+ pride themes as a marketing ploy. According to eMarketer: “About one-quarter (24%) of US internet users also said they are more likely to do business with companies known to be LGBTQ+-friendly. Particularly, gay and lesbian individuals (71%), bisexual people (54%), millennials (32%), and high-income earners (34%) all said they’re likely to spend money with LGBTQ+-friendly businesses.”

By displaying these artificial means of endorsement, businesses portray themselves as an open, accepting corporation in hopes of making a quick dollar. Little do consumers know that many companies are shoveling funds to anti-LGBTQ+ causes. A study from Popular Information has noted 25 companies that may outwardly show their “support” of the community, when in reality, they have donated upwards of $10 million dollars over the past two years to anti-LGBTQ+ politicians.

Among these organizations is CVS Pharmacy, which backed the Texas bill to criminalize parents allowing their children gender-affirmative care, but later changed their Twitter avatar to a rainbow heart in June. Another of these companies is AT&T, which tweeted, “#TURNUPTHELOVE” last month, but it is unlikely to tweet about its donation of nearly $62,000 toward anti-trans legislation. Showing support for the LGBTQ+ community through trivial things like rainbow avatars or empty messages mean nothing when they are backed by monetary harm to the community.

At the end of the day, these surface level displays of false support do nothing for the LGBTQ+ community. Rather, these corporations are merely looking to make a profit by exploiting the experiences of the LGBTQ+ community through developing merchandise and signage to draw in consumers.

These corporations are merely looking to make a profit by exploiting the experiences of the LGBTQ+ community through developing merchandise and signage to draw in consumers.

So what can companies do to show support for the community? Rather than warranting empty remarks by donating to anti-LGBTQ+ causes, they can take the chance to donate to LGBTQ+ organizations. Organizations such as The Trevor Project, GLSEN and The National LGBTQ Task Force are working toward crisis intervention, suicide prevention, safe schooling and advocating for the equality of LGBTQ+ people. These nonprofits would greatly benefit from support and donations from major companies (and you!). Corporations could highlight LGBTQ+ creators in their merchandise and advertisements and ensure the treatment and bias-education of their employees is up to standard. As a consumer, it’s important to be aware of where your support and money is going, especially as corporations attempt to manipulate the minds of their customers.

Sophia Lovell is tired of our capitalistic society.